Sofia, Bulgarian main city, is one of those great capitals where you can see the most beautiful parts in a day but it also offers much more sites to explore for longer. I spent there two full days and am sharing here all the best adventures you can have in Sofia!

1. Experience the mix of religions

Sofia is a city of churches and many religions. Around 60% of Bulgarians are members of the Ortodox Church, but there are also Catholic and Protestant churches, a mosque and a synagogue in the city. Next to the famous statue of Saint Sofia you will find Catholic Cathedral of Saint Joseph. Not far away is the Bany Bashi Mosque, which was built in 1576 during Ottoman rule in Bulgaria. I recommend you to go inside to see its beautiful interior. Cross the street and you can also visit the Sofia Synagogue, which is the largest synagogue in Southeast Europe. A must see is also the oldest building in Sofia – Church of St George Rotunda – which is hiding behind the President’s palace. 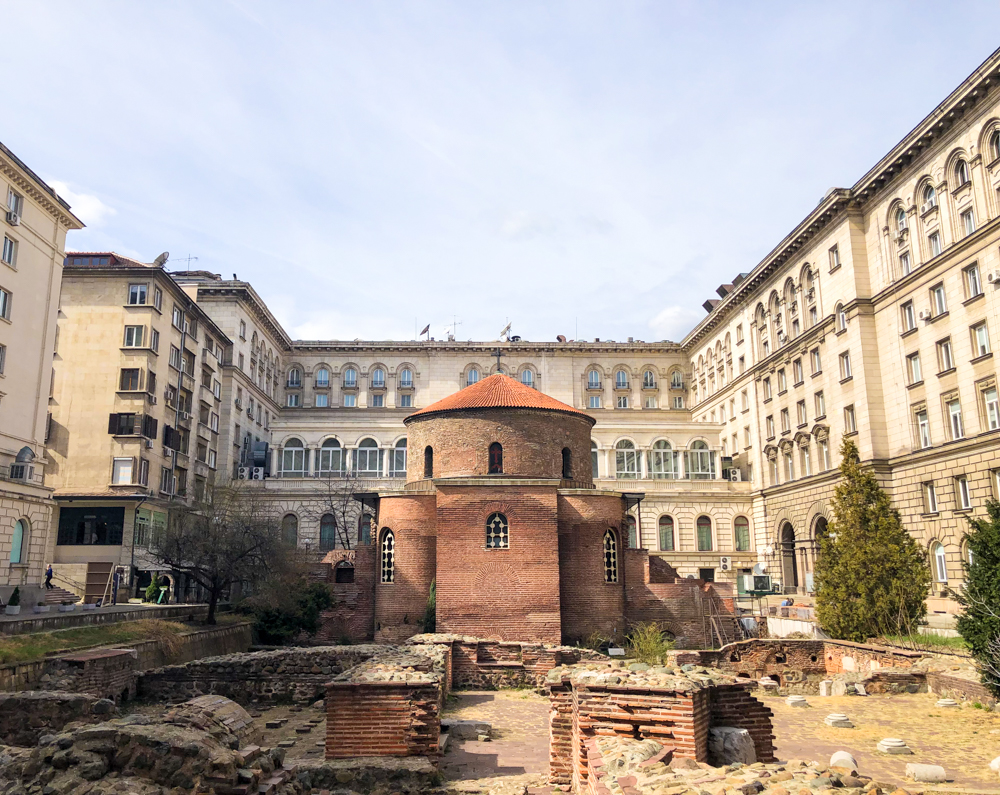 Of course there are many Orthodox Churches, but the ones you cannot miss are: 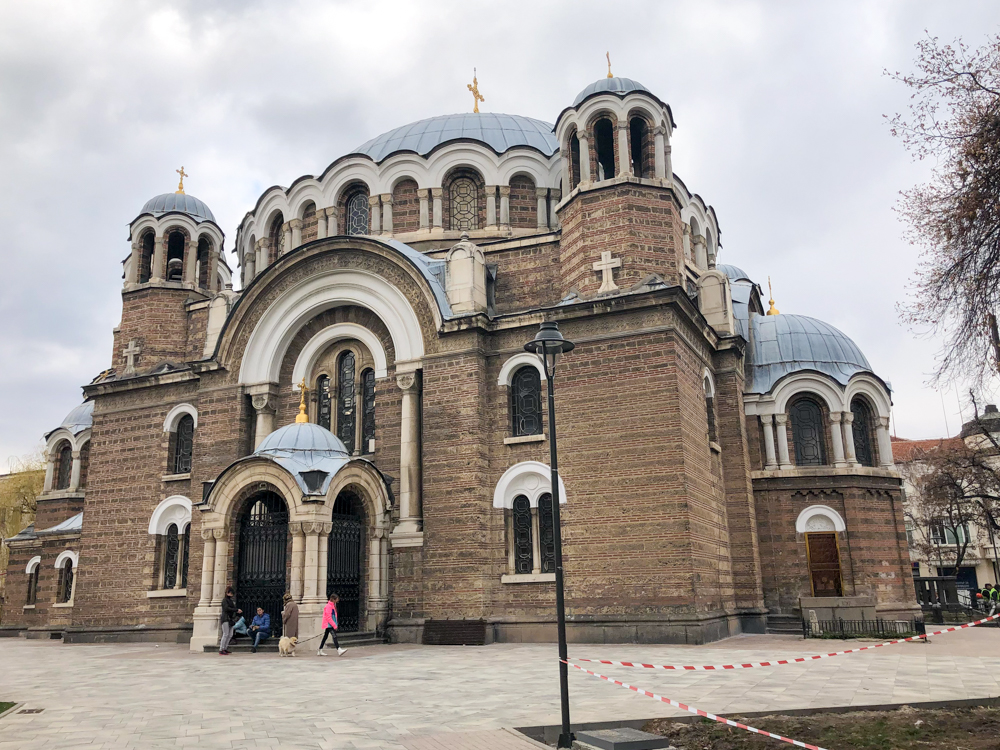 Sofia reminds me of Slovenian capital Ljubljana a bit – since both cities have Roman heritage, when you start building something and digging into the ground, you find Roman ruins. Before Sofia here was the ancient Roman city of Serdica and when they started building the metro they discovered many beautiful ruins that spread over 9,000 square meters. They have turned it into an archeological complex, which is manly underground and can be partly seen also from the street below a glass dome at the square between the Council of the Ministers and the Presidency. You can also see some ruins outside next to the Bany Bashi mosque.

But this is not all. In 2004 they were building the Arena di Serdica Hotel Sofia and discovered the ruins of an amphitheater from the 3rd–4th century AD. Today the amphitheater is part of the hotel lobby and free to visit for everyone. 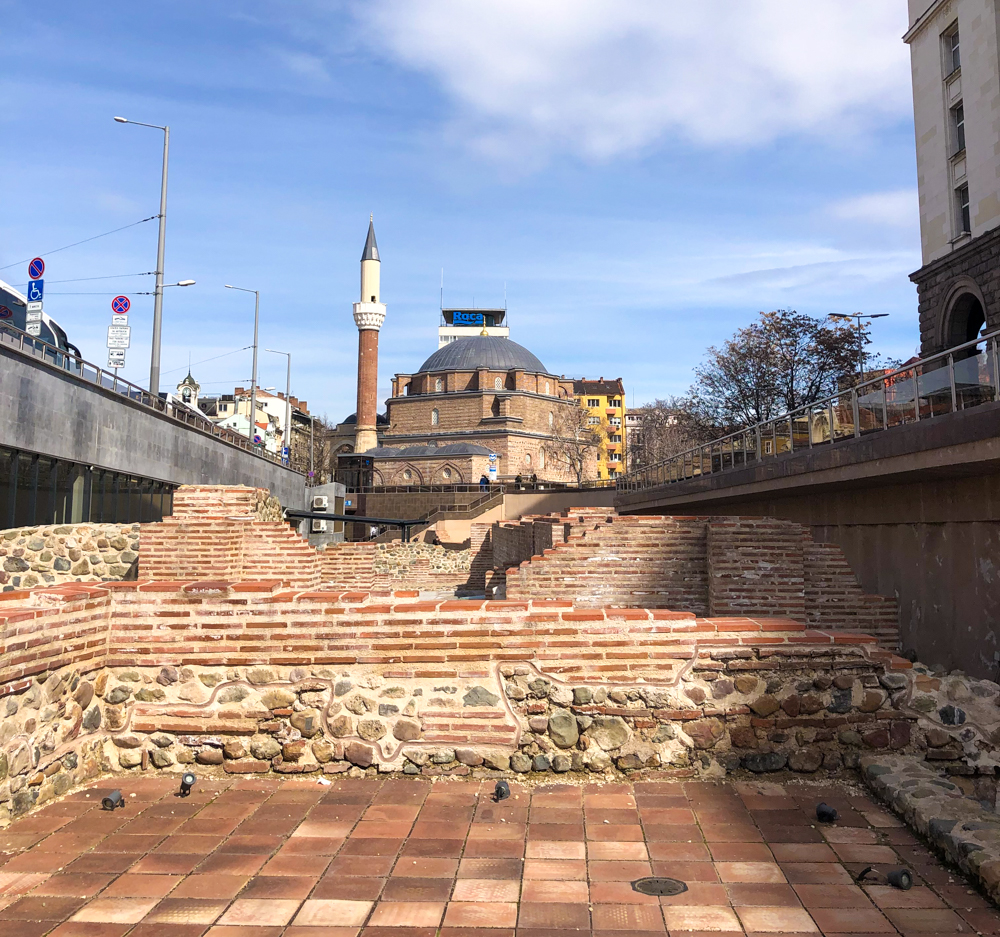 Bulgaria was a part of Soviet Union from 1946 to its independence in 1991. Its communism history can be seen especially in the architecture. For some majestic buildings go to the Largo, an architectural ensemble of three Socialist Classicism edifices in central Sofia. Today they are (among other) offices of the National Assembly of Bulgaria, the Council of Ministers of Bulgaria, President’s Office and the Ministry of Education and Science. When visiting don’t miss out on the changing of the guard in front of the President’s palace. It is held every full hour, however it can start early and it is quickly over, so be there at least 10 minutes before.

One more example of the Soviet legacy is the National Palace of Culture (NDK), which is the largest multifunctional conference and exhibition center in this part of Europe. Also take time to enjoy the sun on Bulgaria Square in front of NDK. 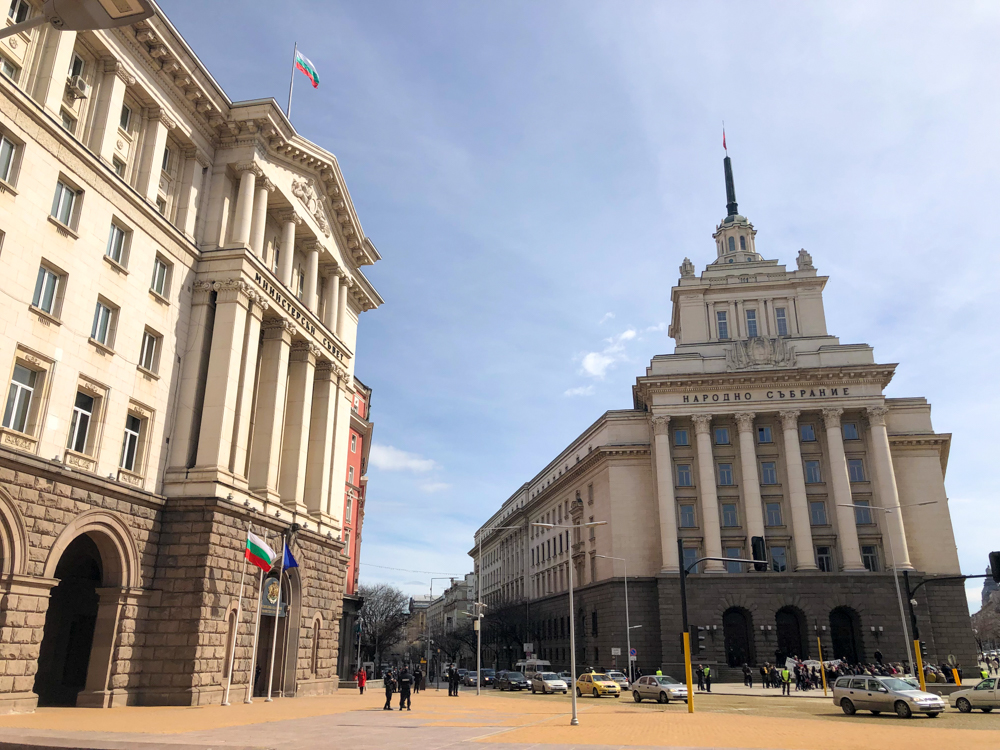 4. Go for a coffee with a view

One of my favourite things to do in new city is to sit for a coffee with a nice view and watch locals pass by. And Sofia does not disappoint here. We have found two amazing cafes with a view to go to. The first one is La Cattedrale, where beside good coffee and amazing food they offer free of charge view of Alexander Nevsky Cathedral. The second one – Rooftop Bar of Hotel Sense Sofia – also has a view of the cathedral, but it includes an overview of Sofia and Vitosha Mountain. A bit pricier but in my opinion worth it.

Sofia is only city in the world (as far as I know) with a free food tour! Yes, you read right. With the Balkan Bites tour we visited five interesting restaurants, where we tried samples of typical Bulgarian food. On our menu were: vegetable spread lutenica, white cheese, Bulgarian yogurt made from sheep milk, banitsa (some kind of burek), different typical spreads sprinkled with rainbow salt and for dessert – mekica with sugar. We also tried Pelin dessert wine and fermented beverage boza. It was an amazing tour, getting to know local food, ingredients and culinary traditions while admiring the city. 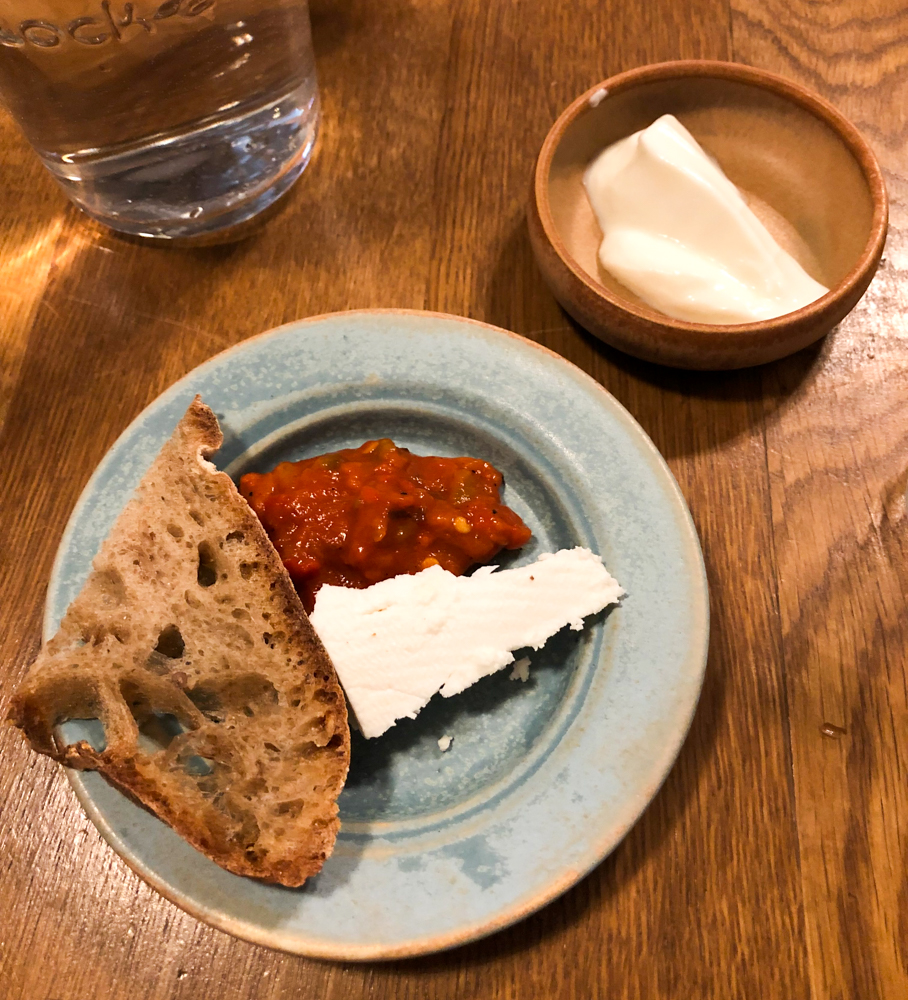 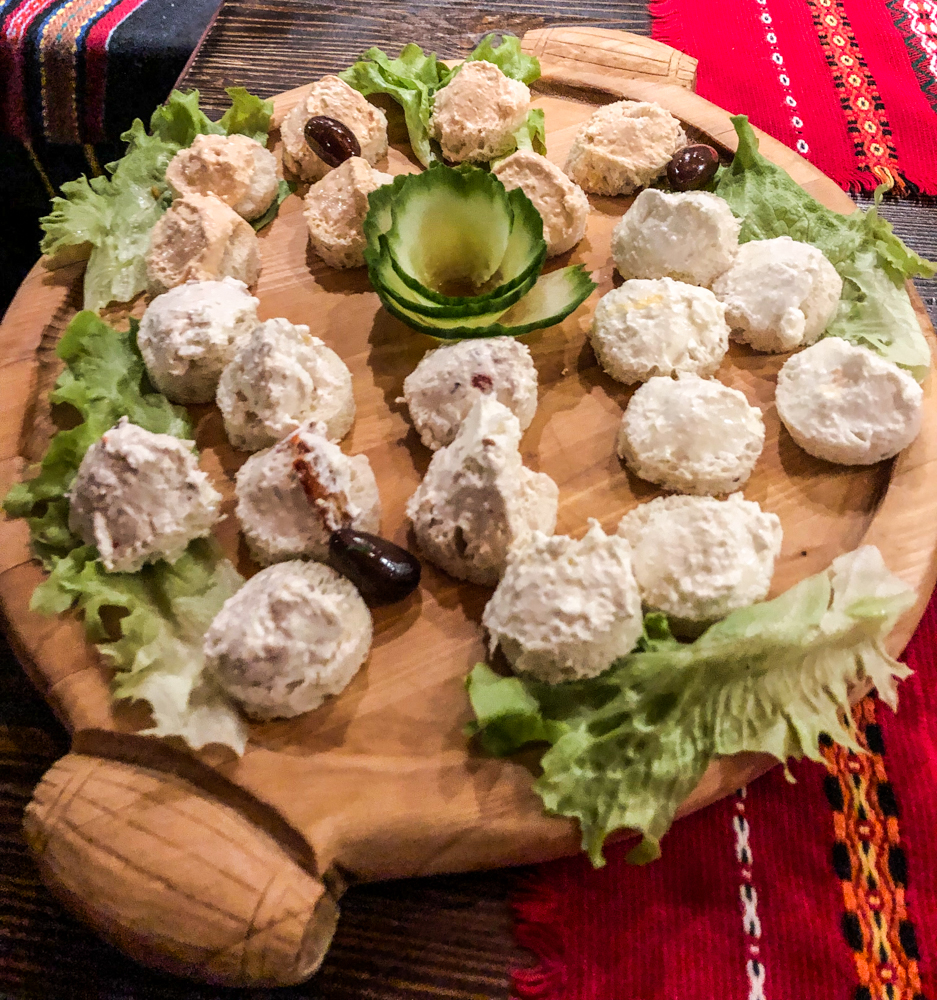 In the city center you can visit covered Sofia’s Central Market Hall or open-air Women’s Market (Zhenski Pazar). The latter is one of the oldest outdoor markets in Sofia, established already in the Ottoman era. It is also city’s largest and busiest market. There you can find food, from fruits to vegetables, dairy, meat, spices, but also Bulgarian typical pottery, clothes and rose oil. Bulgaria is namely also known as “the land of roses”. 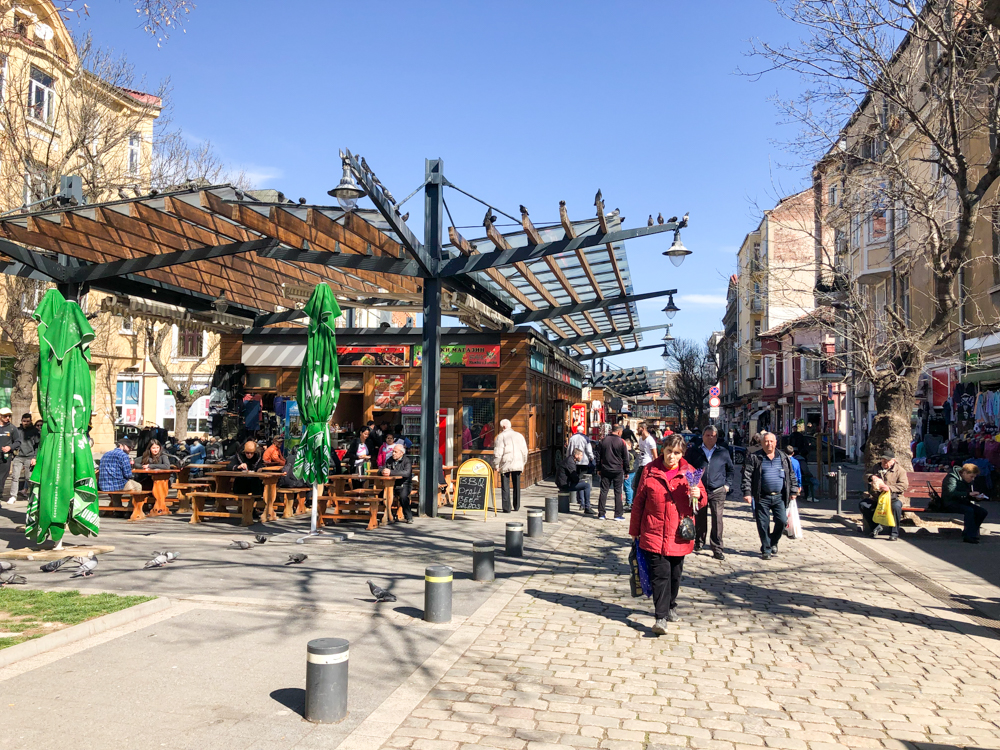 Old socialist apartment building in the Hadzhi Dimitar district of the city are full of amazing graffiti art. The urban art festival Urban Creatures brought the art to the neighborhood and now the building have a full size murals on many sides. If you have time it is worth walking around and trying to find as many graffiti you can. However, you can also find interesting graffiti art in other parts of Sofia. 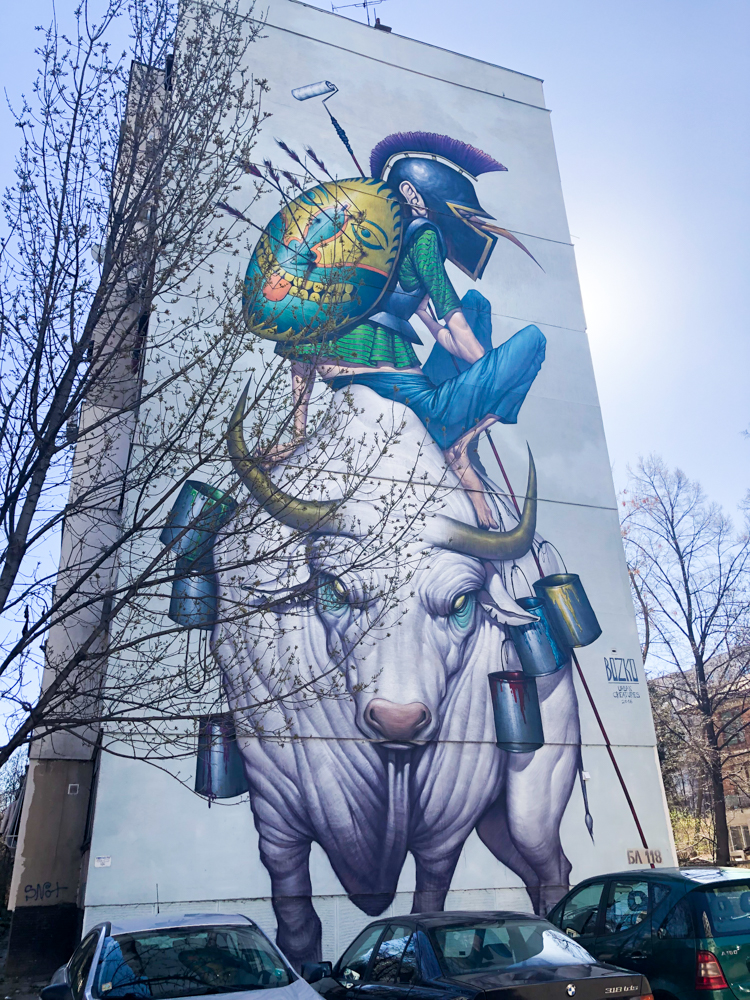 8. Spend the evening at Vitosha Boulevard

Vitosha Boulevard is the main shopping street in the city. During the day you can walk the boulevard and admire the amazing view of the Vitosha Mountain in the distance. The mountain is rising above the city to more than 2000 meter above sea. But I really liked Vitosha Boulevard in the evening too. It was full of locals, with many restaurants, nice cocktail bars and also the shops are open late, if you fancy some shopping. Don’t miss out on the Palace of Justice located on the northern end of the boulevard. 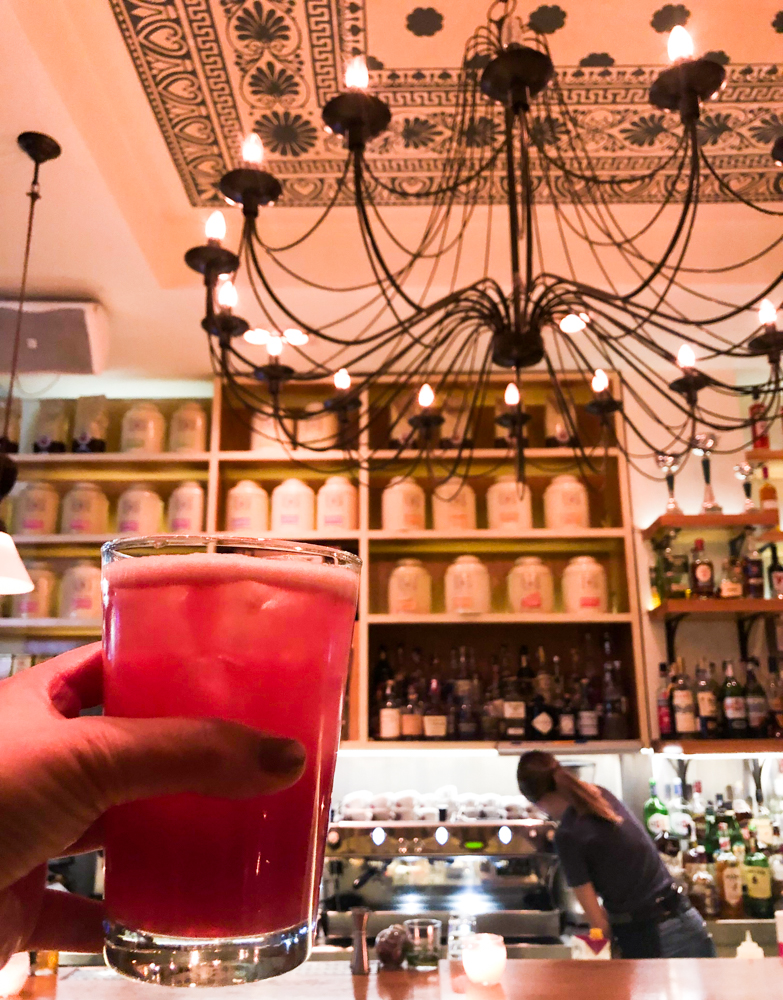 9. See the most beautiful building in the city

It is said that the Sofia Central Mineral Baths is the most beautiful building in the city. I am not sure about that, but with its yellow and white facade it is certainly one of them. The building was finished in 1908 and it was city’s public baths until 1986, when they closed it due to its bad condition. Today it is renovated and home to the Regional History Museum. But you can still get some hot drinking thermal water from pipes around the building. There you will meet a lot of locals, as they fill up bottles with free hot mineral water. 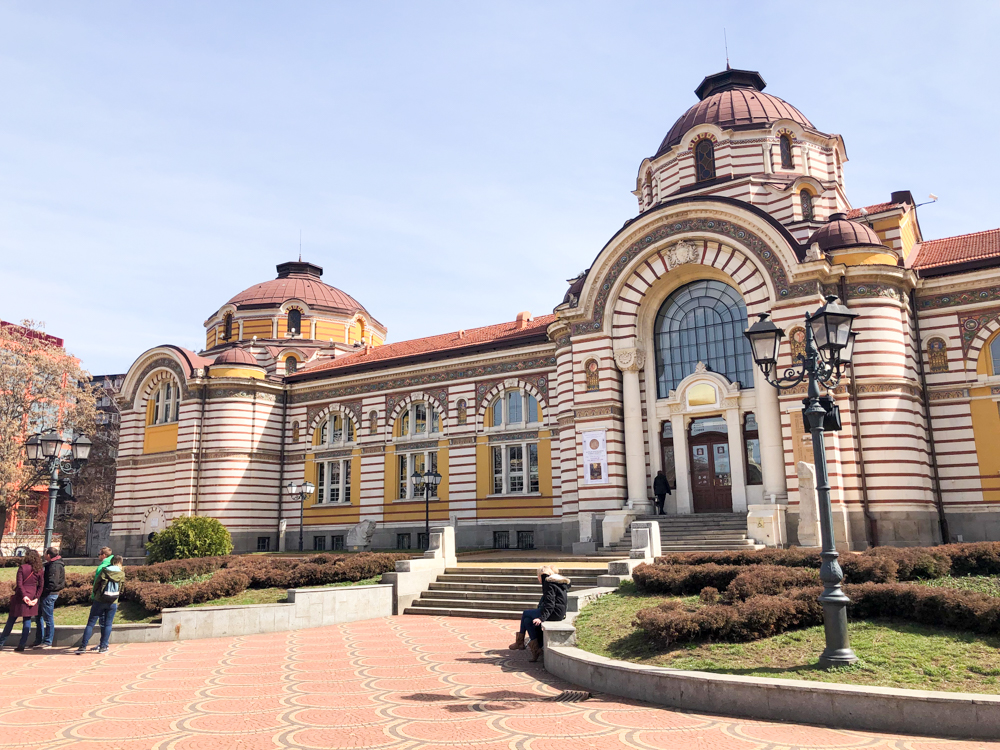 Want more ideas for what to do in Sofia?

On a sunny day relax in Park Borisova Gradina, admire the beautiful building of Ivan Vazov Theatre, stroll around its park and visit a small cute library ЧитАлнЯта. When walking around the city admire (and watch out for) its old trams. There are also many museums to visit and lots of day trips to do, the most famous one it is definitely a trip to the Rila Monastery. 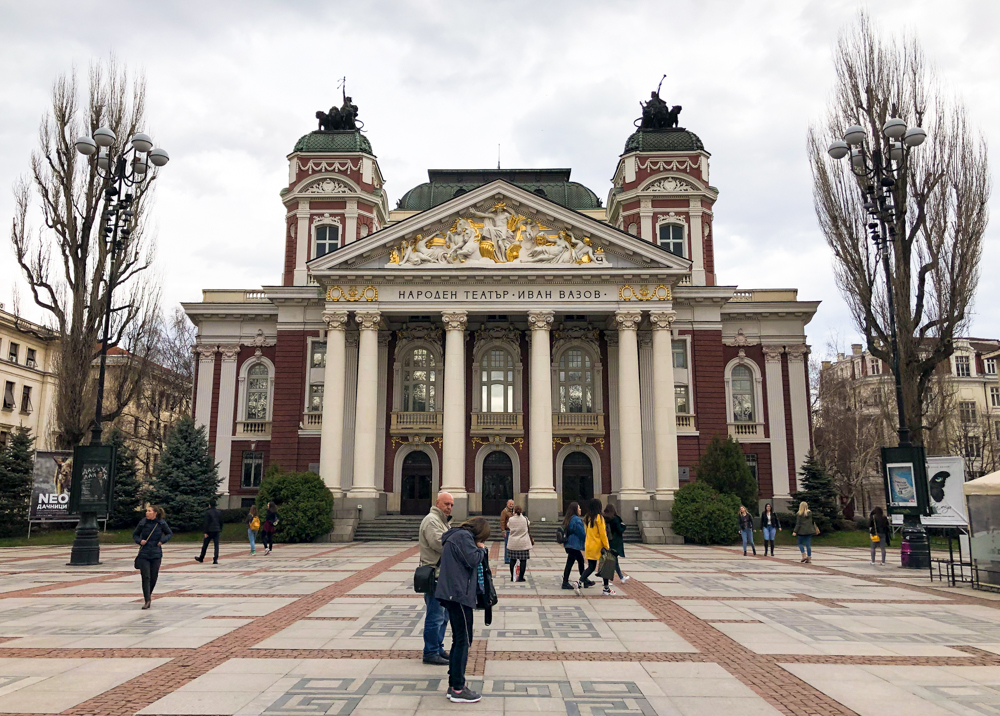 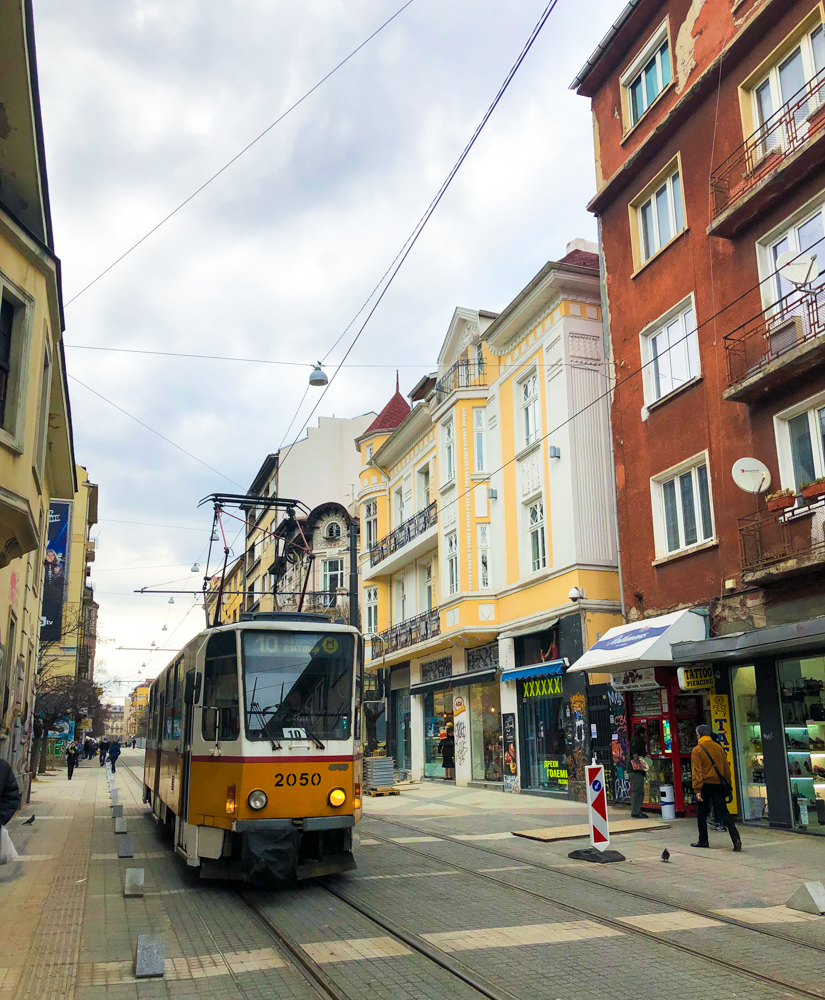 2 Replies to “9 adventures you can’t miss in Sofia”