It was a sunny winter day in June, when Baz Bus’s guide picked me up in my hostel in Cape Town and we went for an incredible day tour to the Cape Peninsula! When I started planning my trip to South Africa I saw that visiting Africa’s south-western point is a must! So I did a research on different day trips and Baz Bus had a great itinerary for the day. Let me show you what our adventure looked like!

Driving along beautiful coast of the Atlantic Ocean got us to out first stop – Hout Bay. Here you can take an optional boat cruise to the Duiker Island to see the Cape Fur Seal Colony. The cruise costs R80 but it is definitely worth it. You can admire the view of the bay, boats in the marina and beautiful landscape while you glaze along the waves. On the island there are a lot of seals and you can see them quite up close. If you decide not to do the cruise, you can browse around the market stalls in the harbour. The plan was to continue our way driving along Chapman’s Peak Drive, but unfortunately, due to a severe storm a few days earlier, the road was closed, so we headed directly to Simon’s Town. 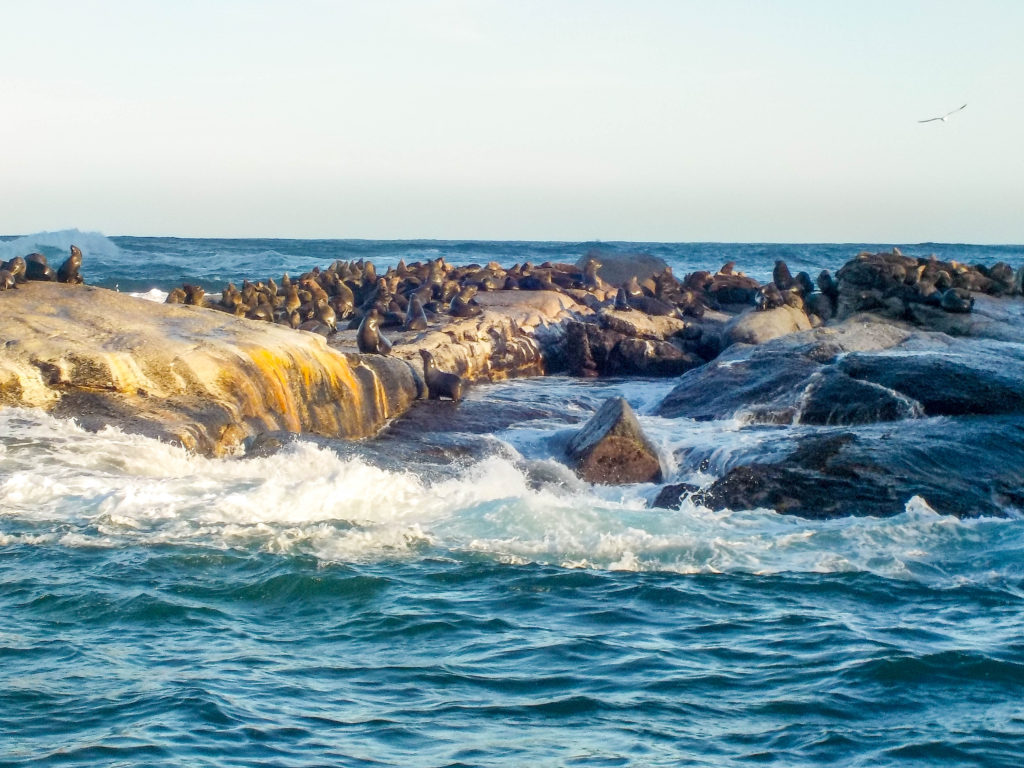 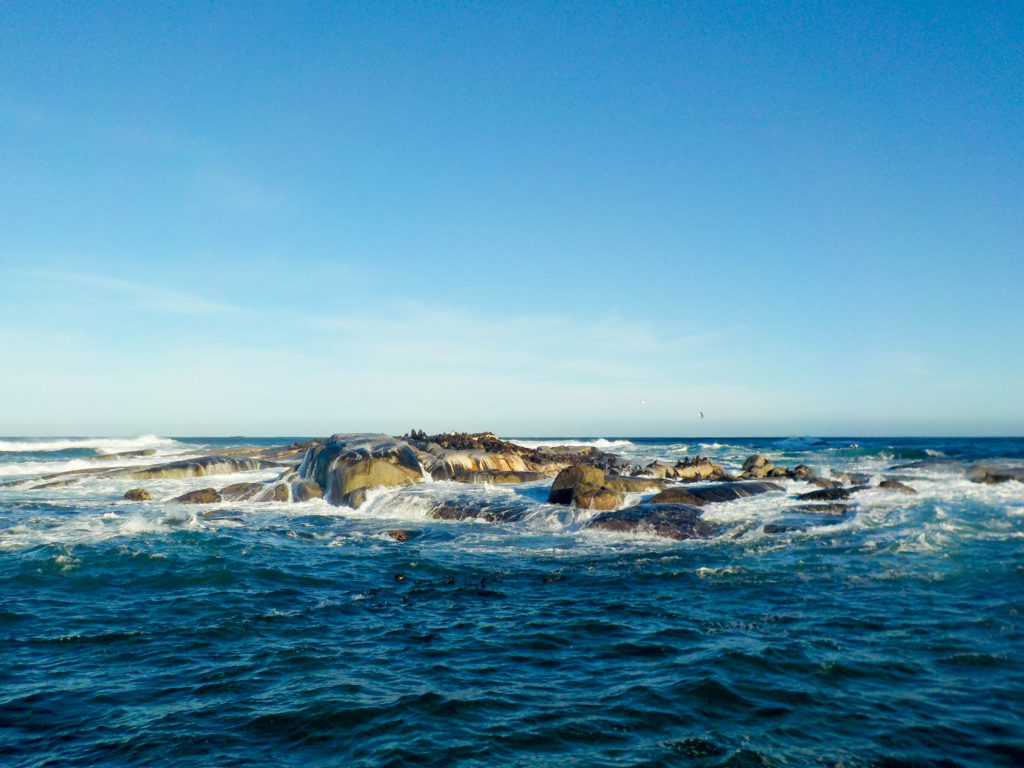 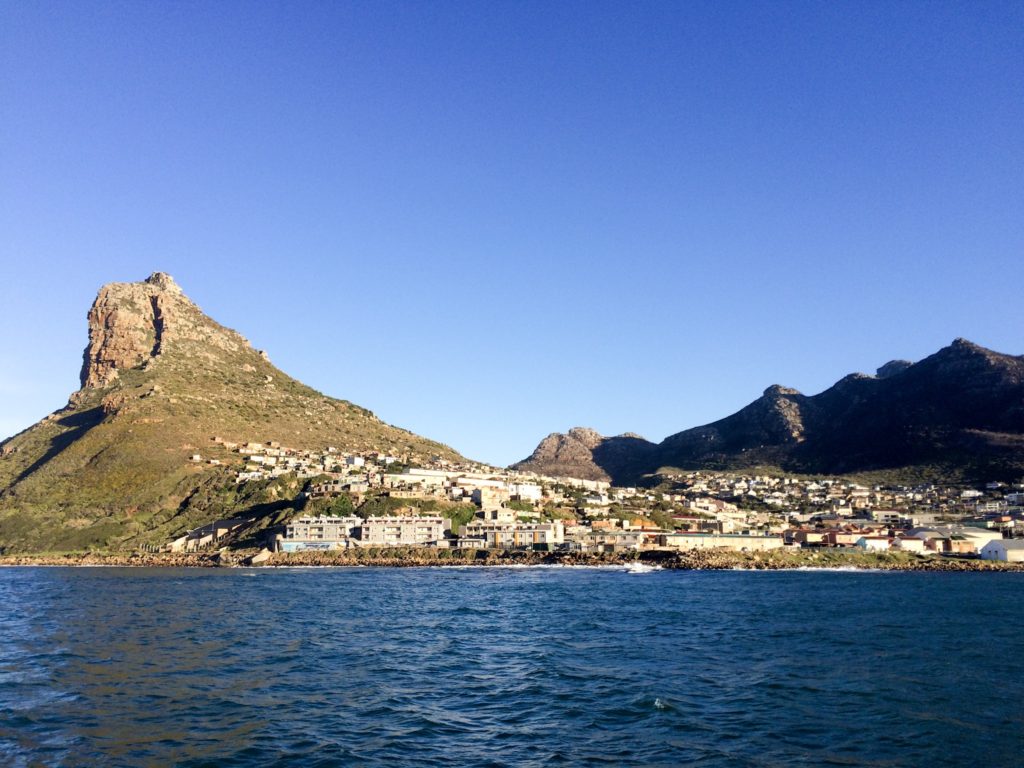 Who knows that penguins live in Africa? Boulders Beach in Simon’s Town is home to one of the biggest (although endangered) penguin colonies in South Africa. They are called jackass penguins and they are more than adorable! Luckily, this was our second stop and we watched penguins playing around on the beach, jumping into the waves of cold Atlantic Ocean and we also saw baby penguins. So cute! In Simon’s Town it was also time for a snack – delicious muffins, yogurt and juice. 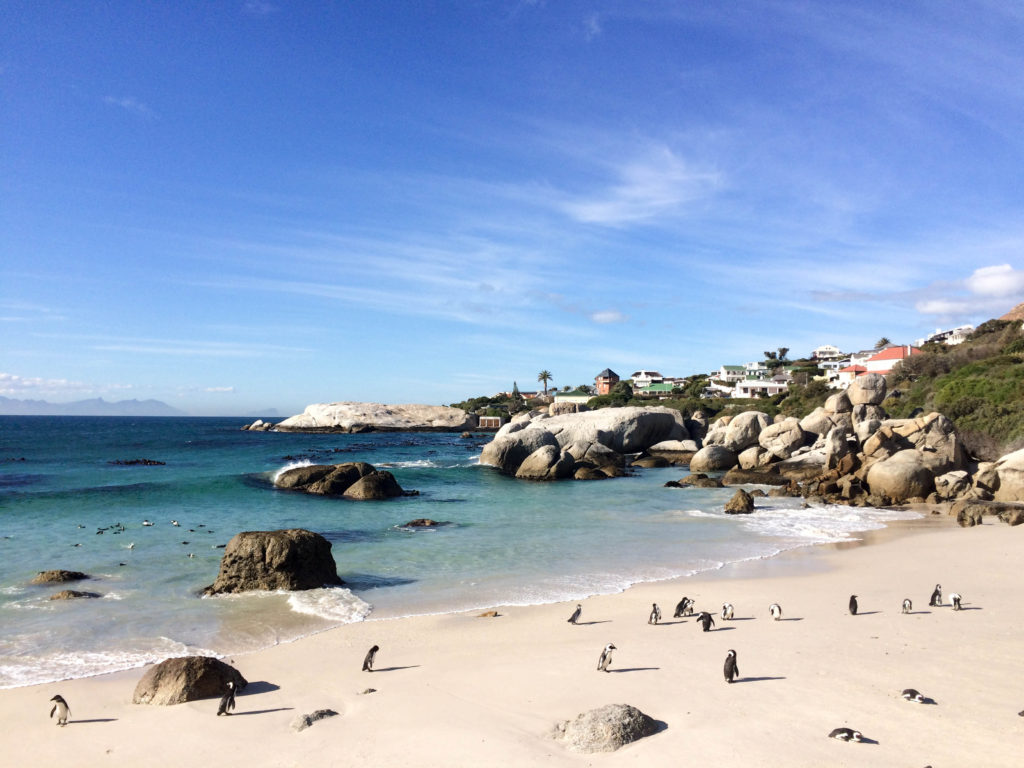 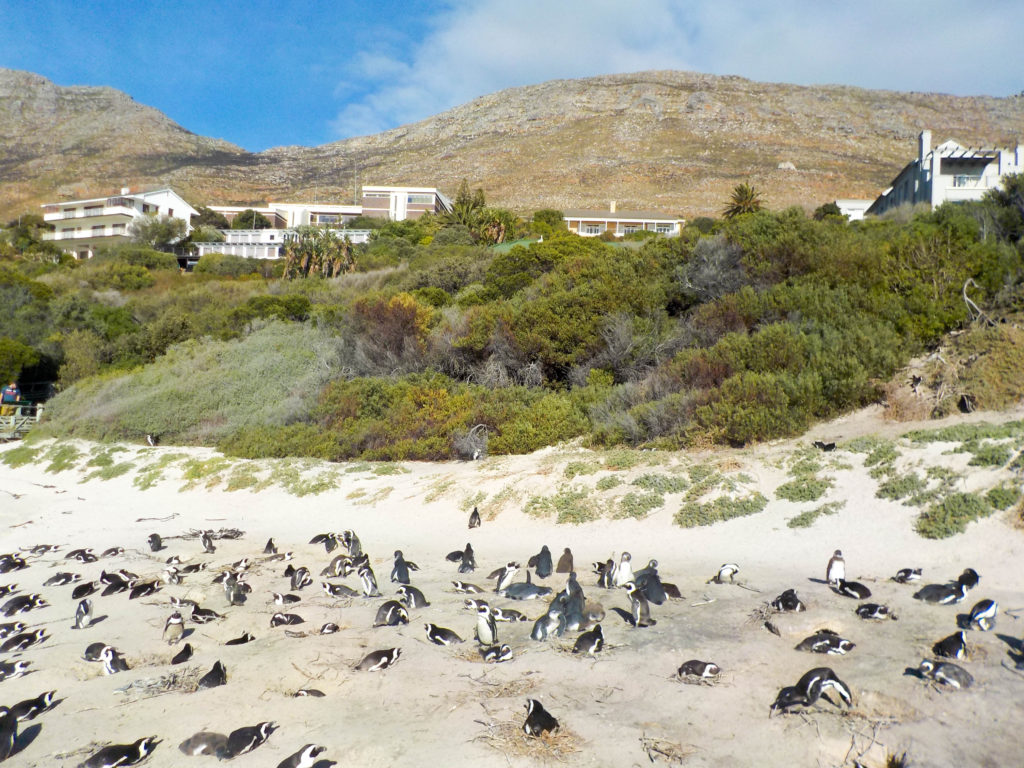 Once we arrived to the beautiful Cape Peninsula Nature Reserve it was time to put on the helmet and ride a bike! What a fun experience driving the Cape and admiring all the views. It’s an easy drive mostly downhill with one uphill part, but at the top we stopped and took some gorgeous pictures. Cape Peninsula is also a part of the UNESCO’s protected area of Cape Floral Region and here you can see more than 1100 plants, many of them are endemic. Once we arrived to Buffelsfontein Visitors Centre, our picnic lunch was already waiting for us. We had amazing sandwiches, salad, different fruit, chips, juice, a real feast! 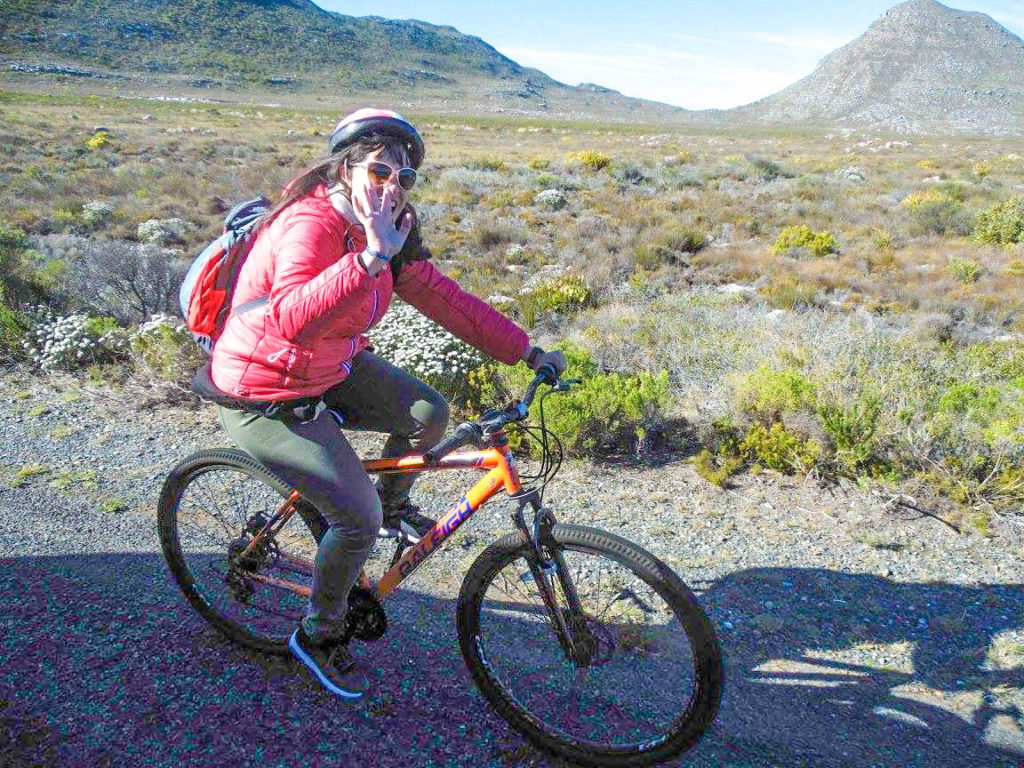 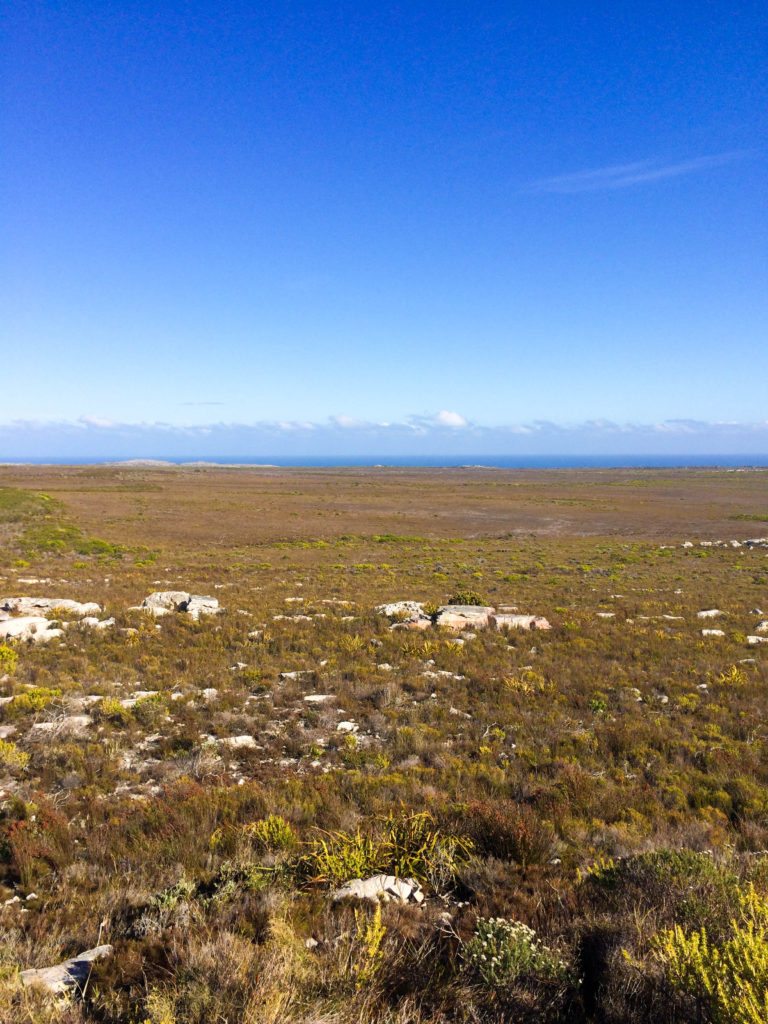 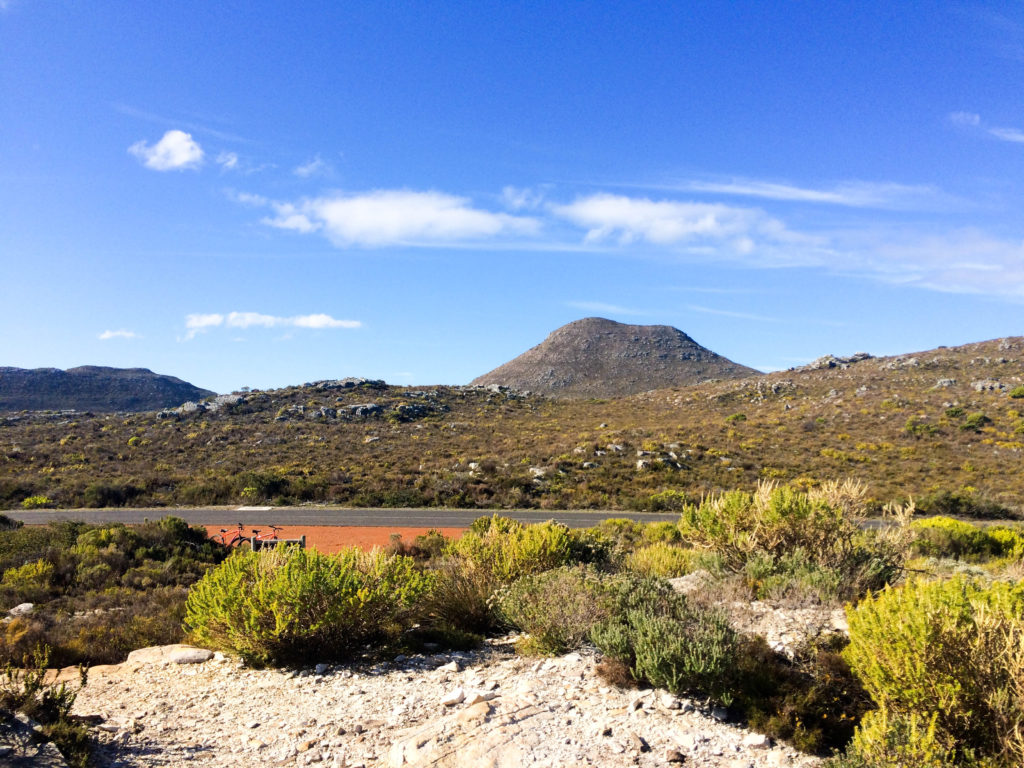 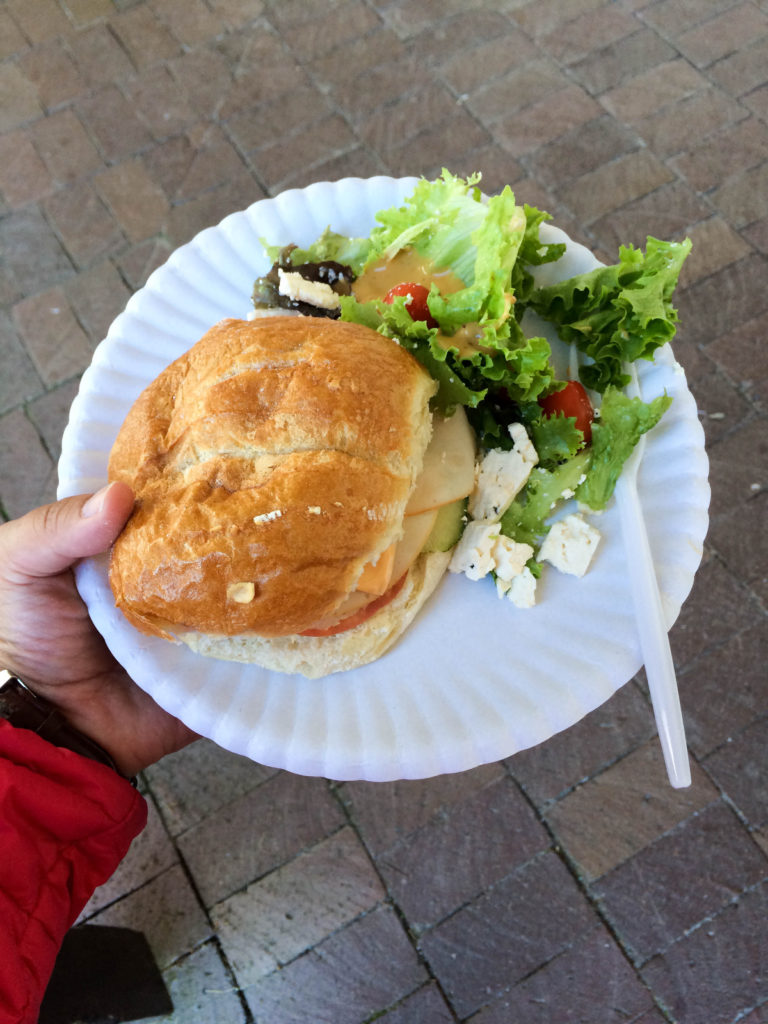 Next up was a short and easy hike to the Old Cape Point Lighthouse. From here you can perfectly see the whole Cape Peninsula, the Cape of Good Hope, the other side of the False Bay and never-ending Atlantic Ocean. From the windy top of the hill you can also see the New Lighthouse, which was build lower near the ocean, because the old one was not seen from the sea when the clouds covered it, which caused many shipwrecks. The New Lighthouse is the most powerful one on the South African Coast, its lights have a range of 60 kilometres. 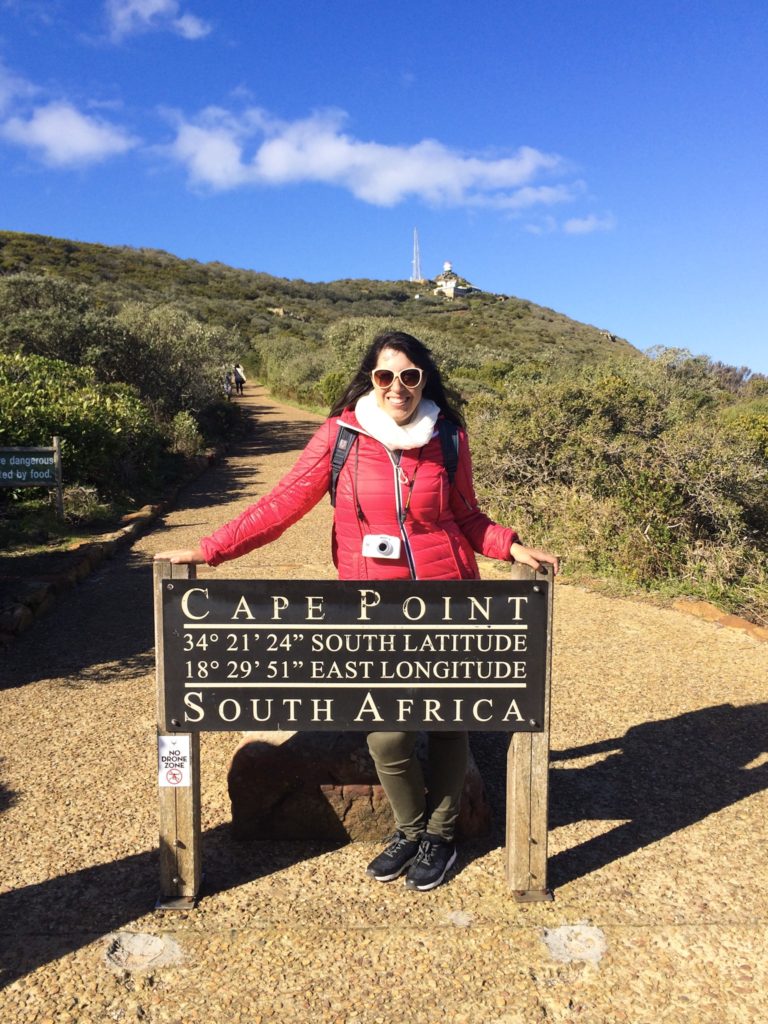 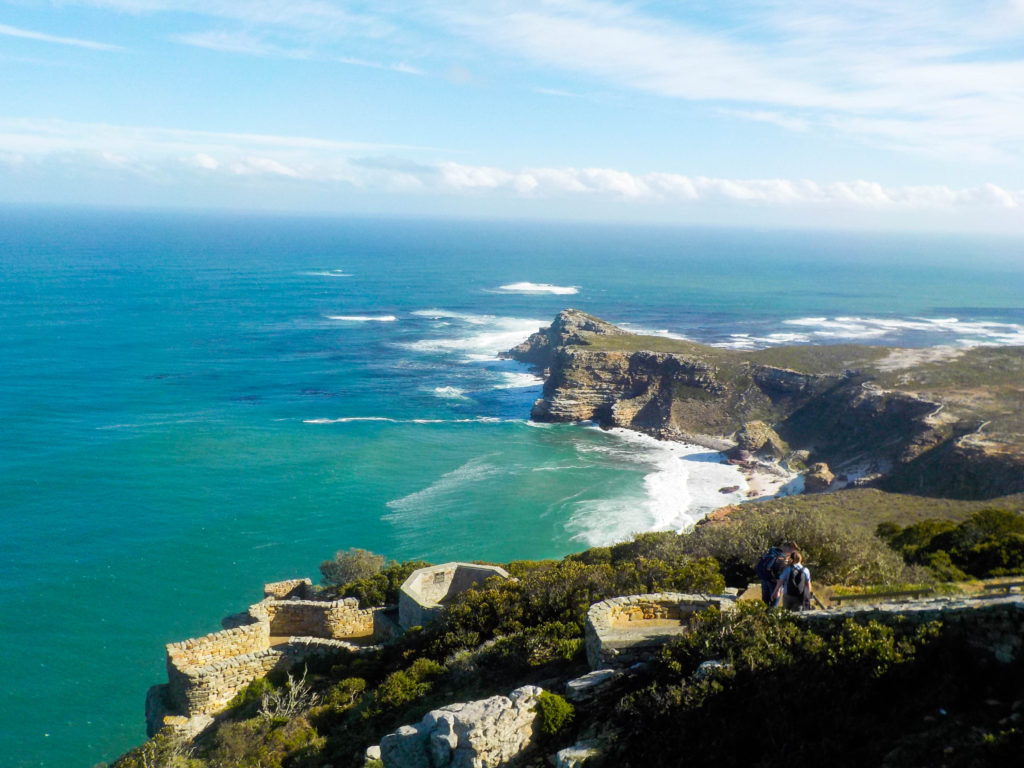 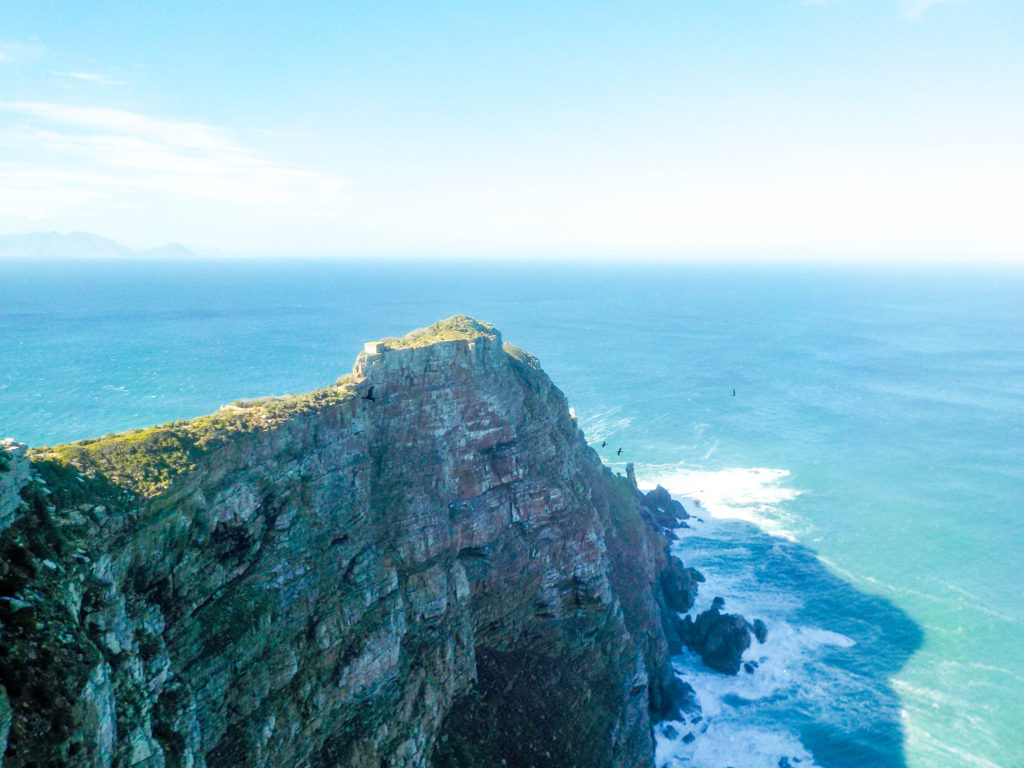 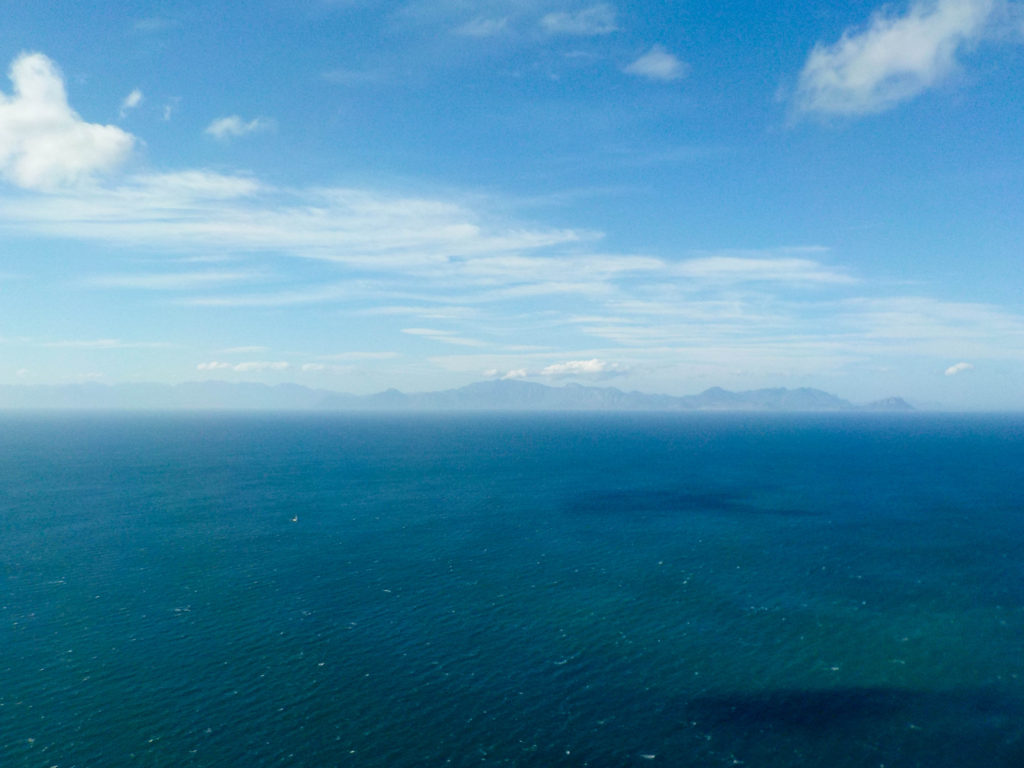 From the Old Lighthouse we did an hour long hike to the south-western part of the African continent, the Cape of Good Hope. The walk offers amazing views of the surrounding beaches and the Atlantic Ocean. At the end you descend down to the Atlantic Ocean where is the official Cape of Good Hope. It was really a nice path. Before heading back to the Cape Town, we have seen antelopes and ostriches, just walking around Cape Peninsula! It was a perfect end to a perfect day! 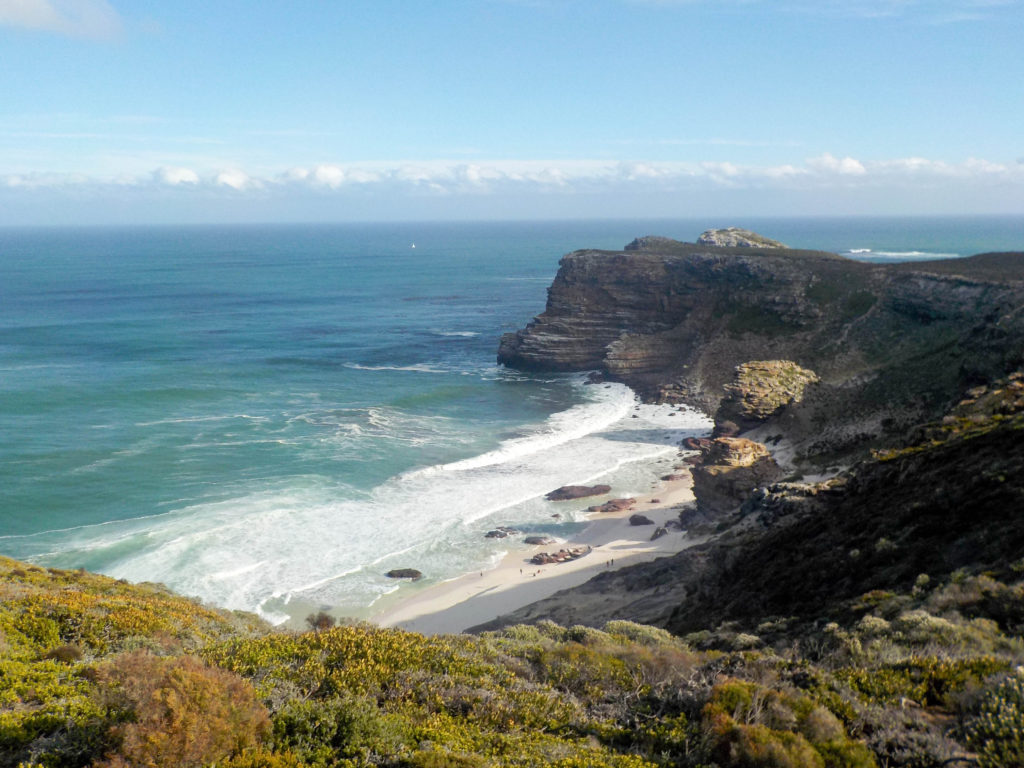 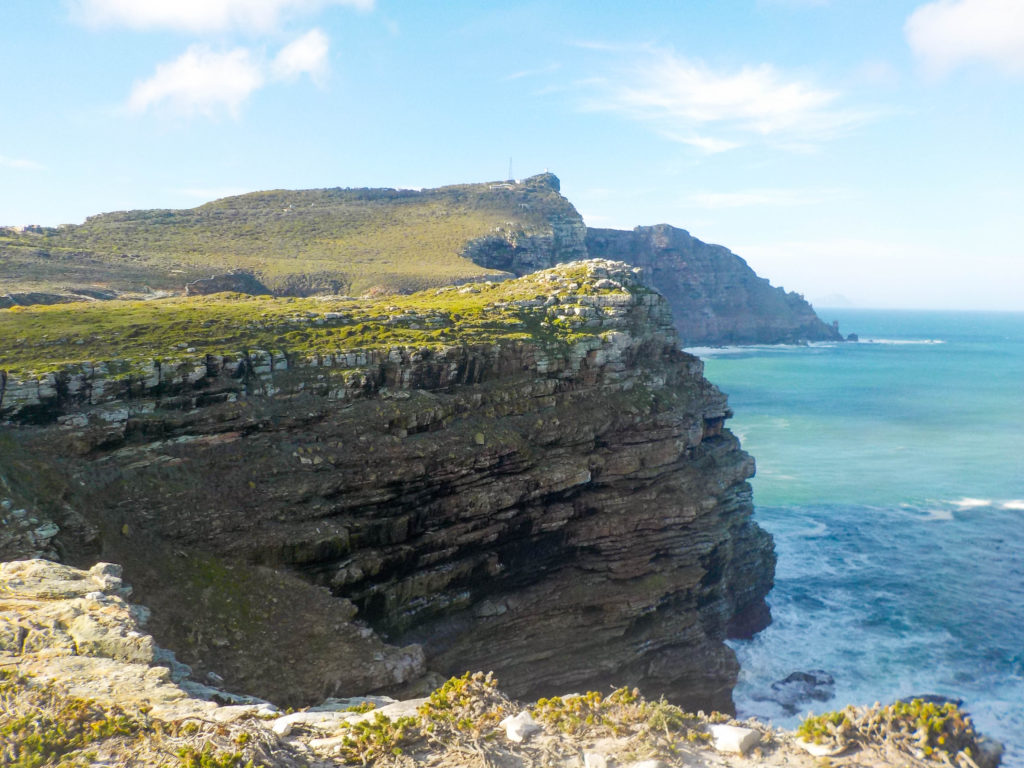 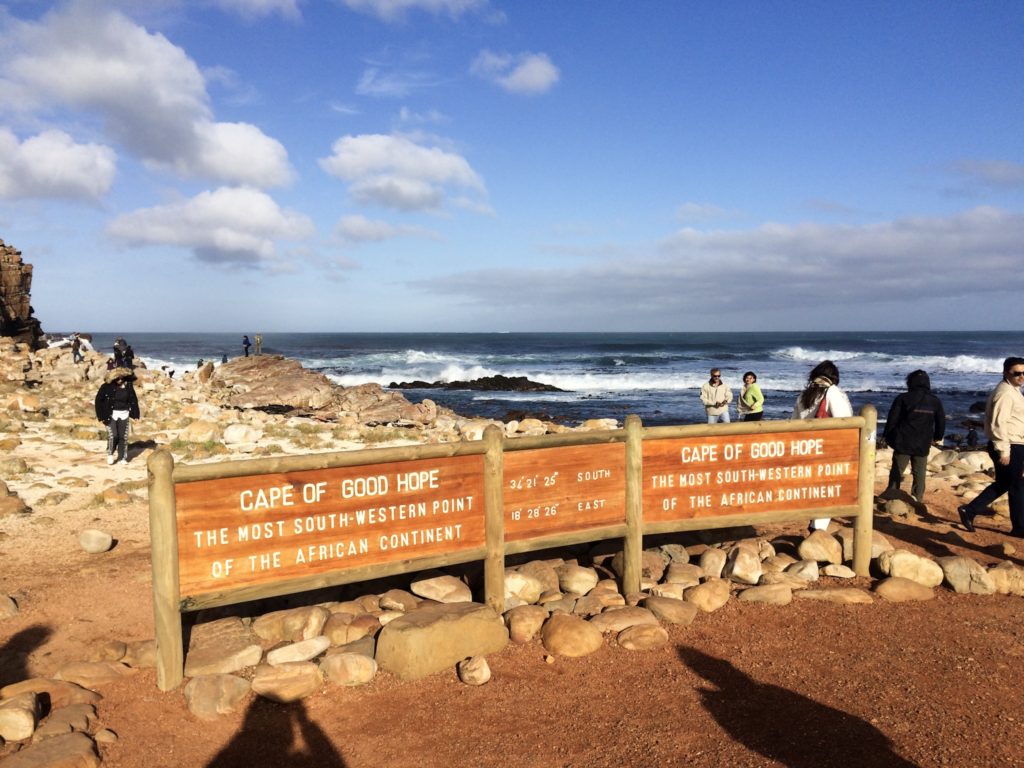 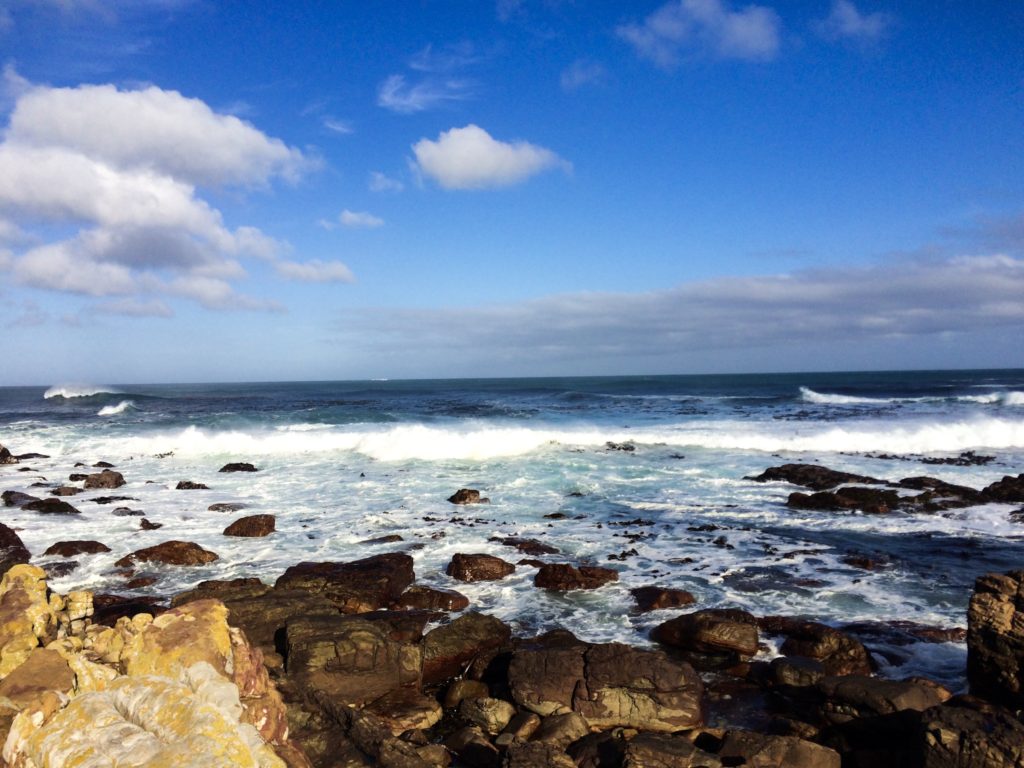 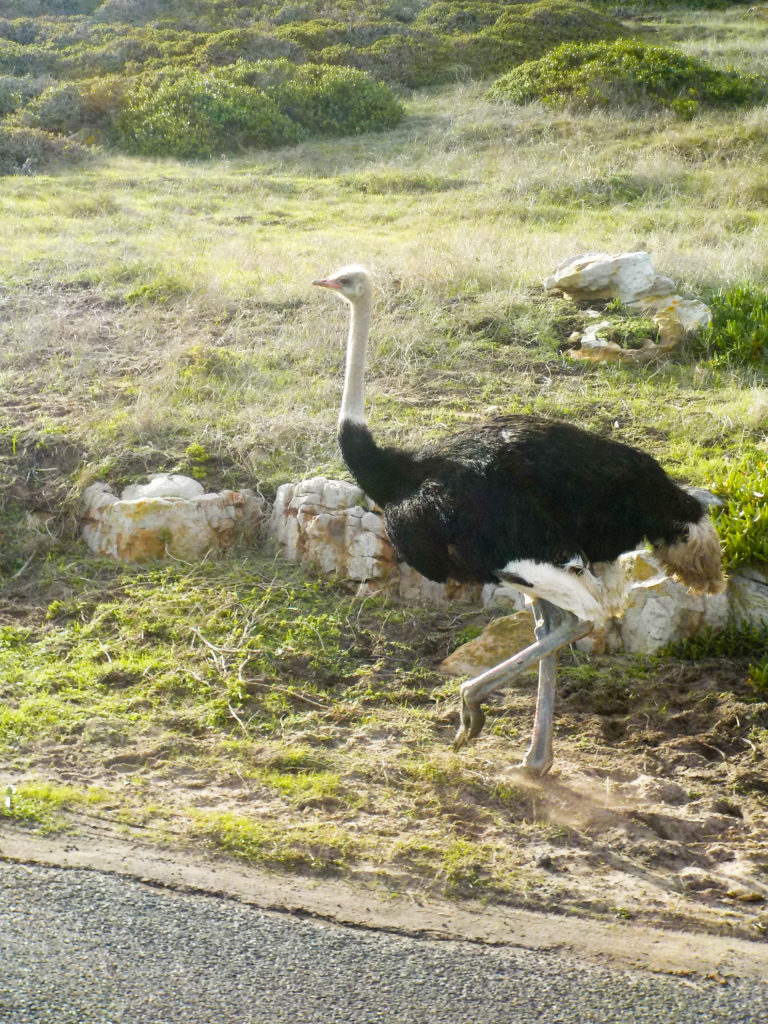 Baz Bus’s Cape Peninsula Day Tour was an excellent experience with professional guides, funny and safe driver, I made new friends, seen amazing sites, ate delicious food and had a blast! You can go on the tour every Monday, Wednesday, Thursday, Saturday and Sunday. Book it here.

I wrote this article in collaboration with Baz Bus, however all opinions are always my own and I genuinely recommend this tour to everyone who visits South Africa.