In the centre of Funchal, right on the main street Avenida Arriaga, there is the Blandy’s Wine Lodge. Blandy is the only family of all the original founders of Madeira wine trade that still owns and manages its own wine company. Their tradition of making Madeira wine goes back to 1811. Lucky for us, Blandy’s Wine Lodge offers different tours, so one can get to know their history, wine making process and wines of Madeira. And yes, there is wine tasting included in the tours! I went on a Premium tour and loved it! 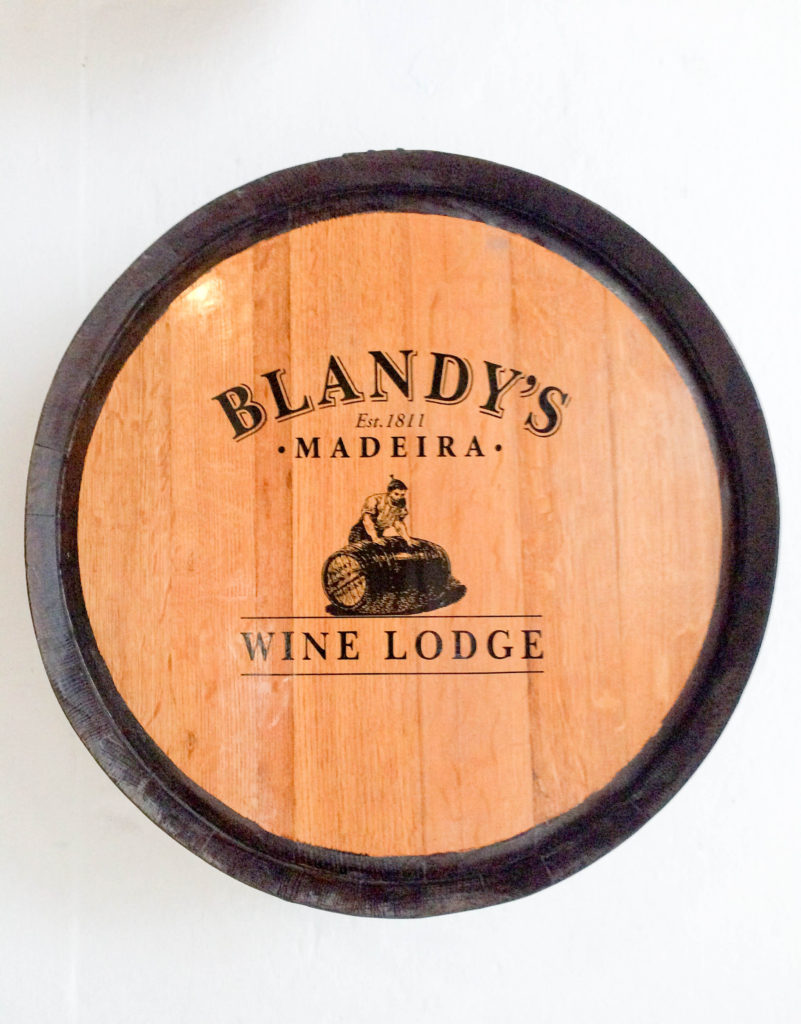 So let the tour begin!

The group gathered in the Vintage room and before the arrival of our guide we were able to admire the collection of Blandy’s oldest and rarest Madeira wines. The wines here date back to the beginning of the 20th century! The oldest wine you can buy is from 1920, however, it is said that in the private collection of the Blandy family you can find even older wine bottles. 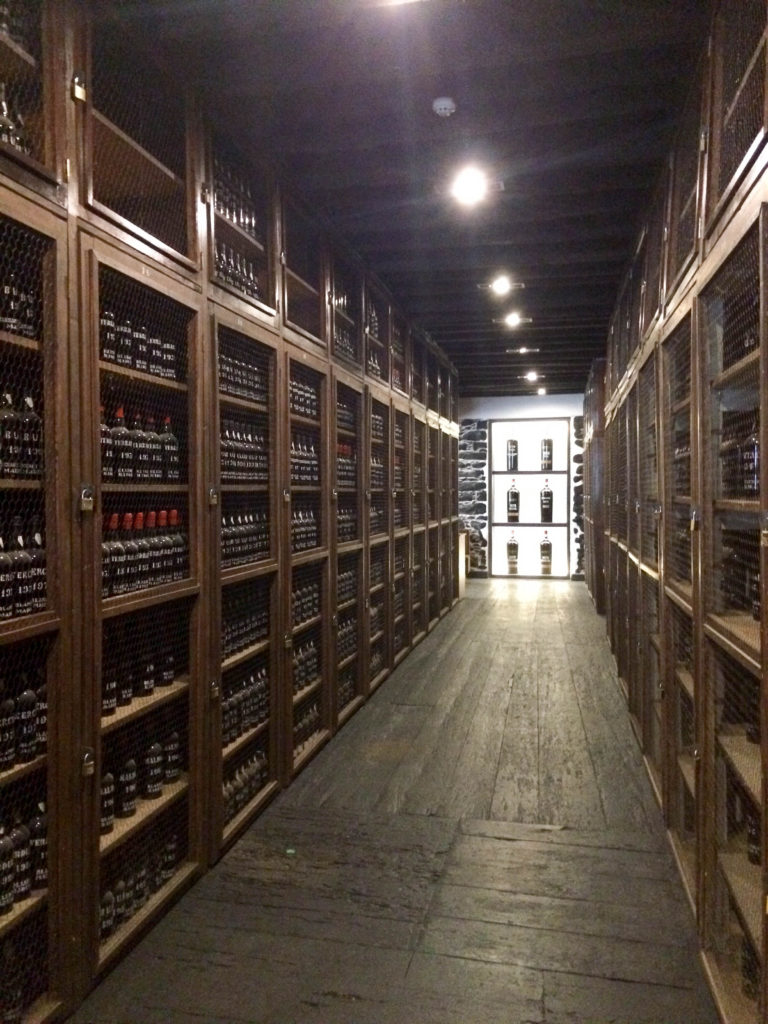 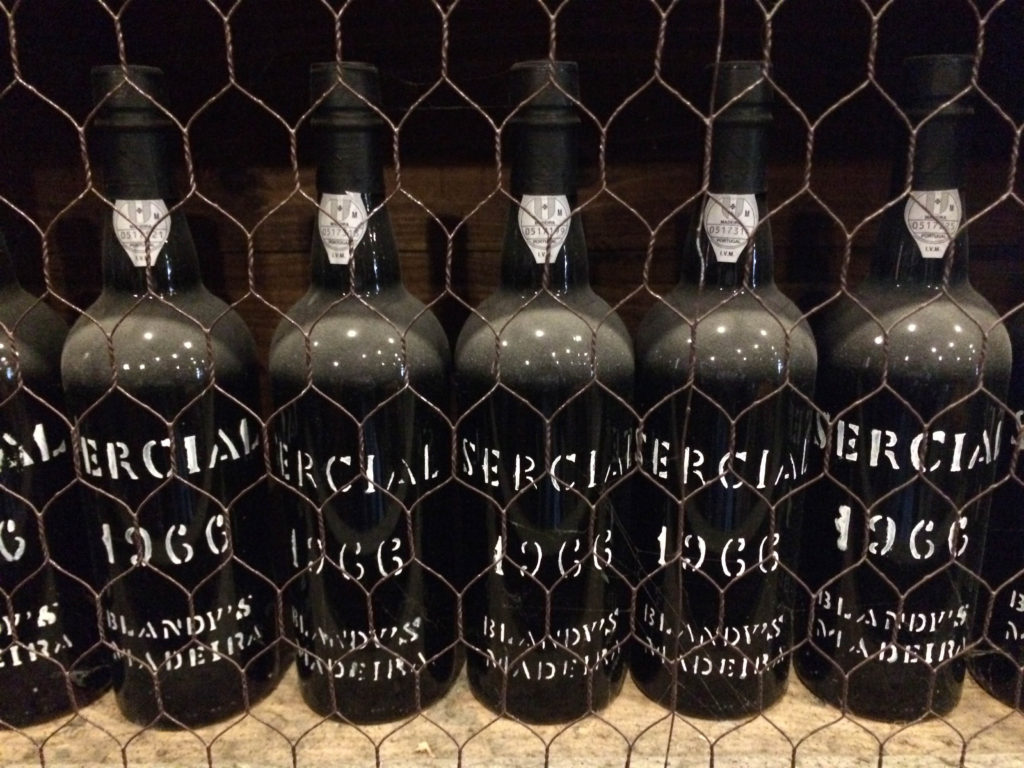 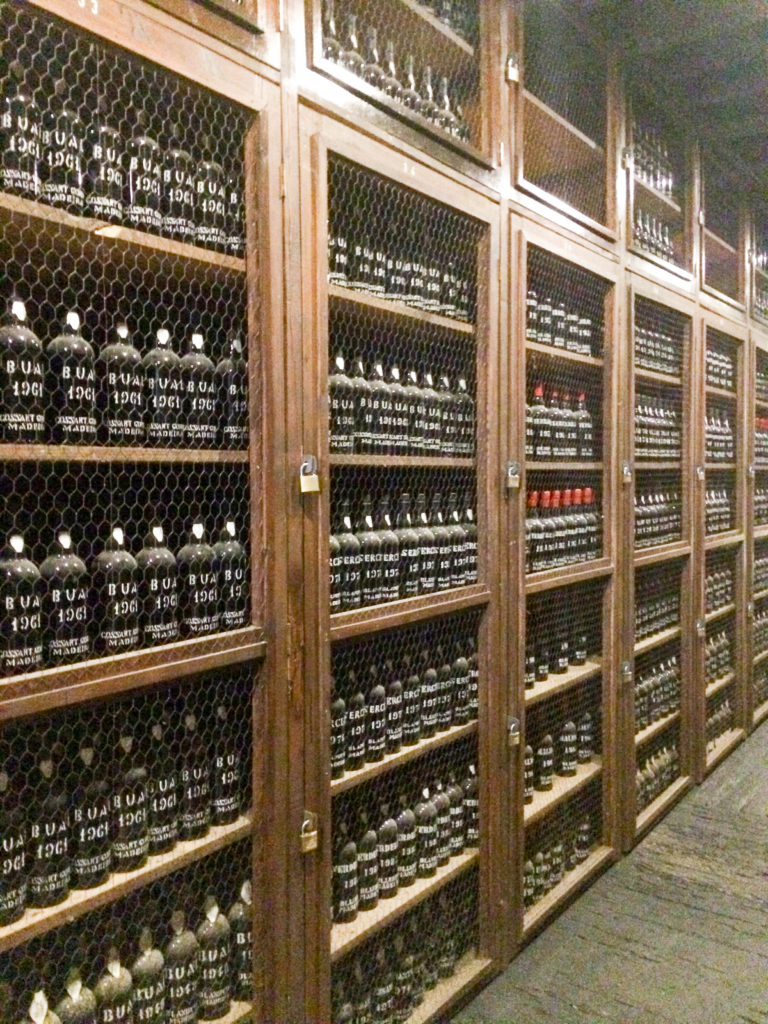 First stop of the tour is the Cooperage, the place where the original coopers made the barrels for Blandy’s wine. Their barrels are made from American white oak wood and here you can see some of the equipment for making them. You can also step in an old barrel, which used to store 9000 litres of wine. 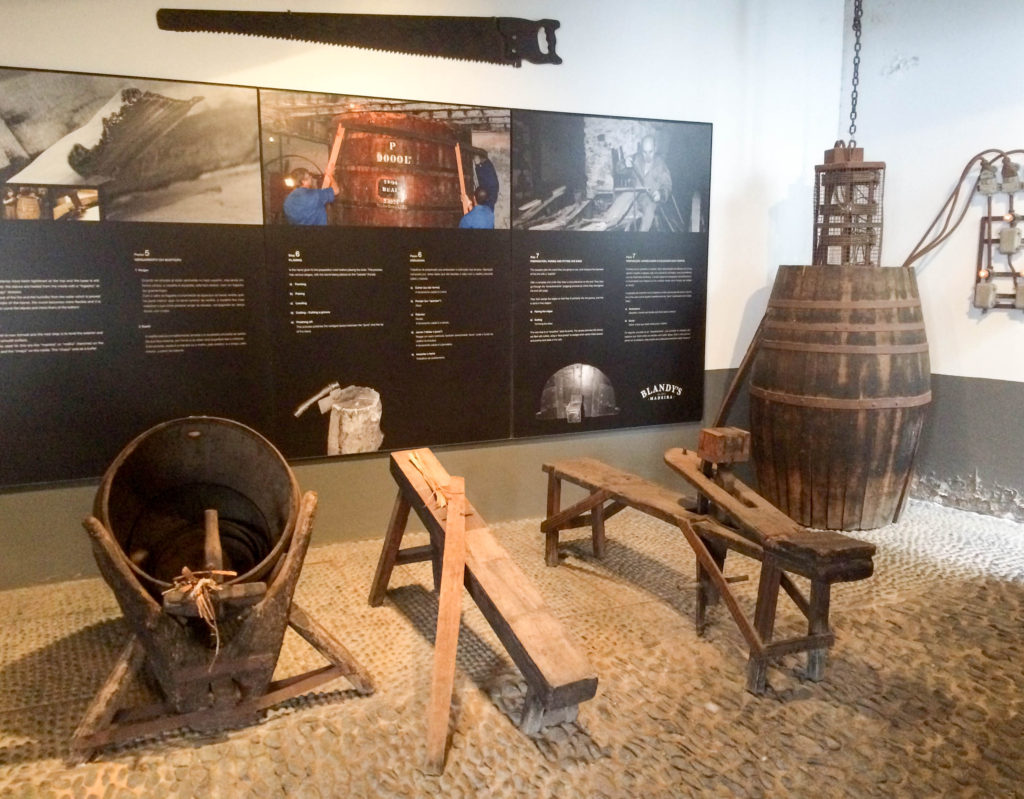 It’s time for the first lesson about the Madeira wine. It can be made with two different aging methods. The first one is called estufagem – the wine is heated in tanks for three months so the sugar in it caramelizes. The second method is called canteiro – wine ages in barrels in warm rooms, like in this Canteiro Lodge in the attic of Blandy’s. Here the temperatures are warmer, so wine ages better and faster. On the top there are barrels with the youngest wine which are later transferred to the barrels in the rooms in lower levels. 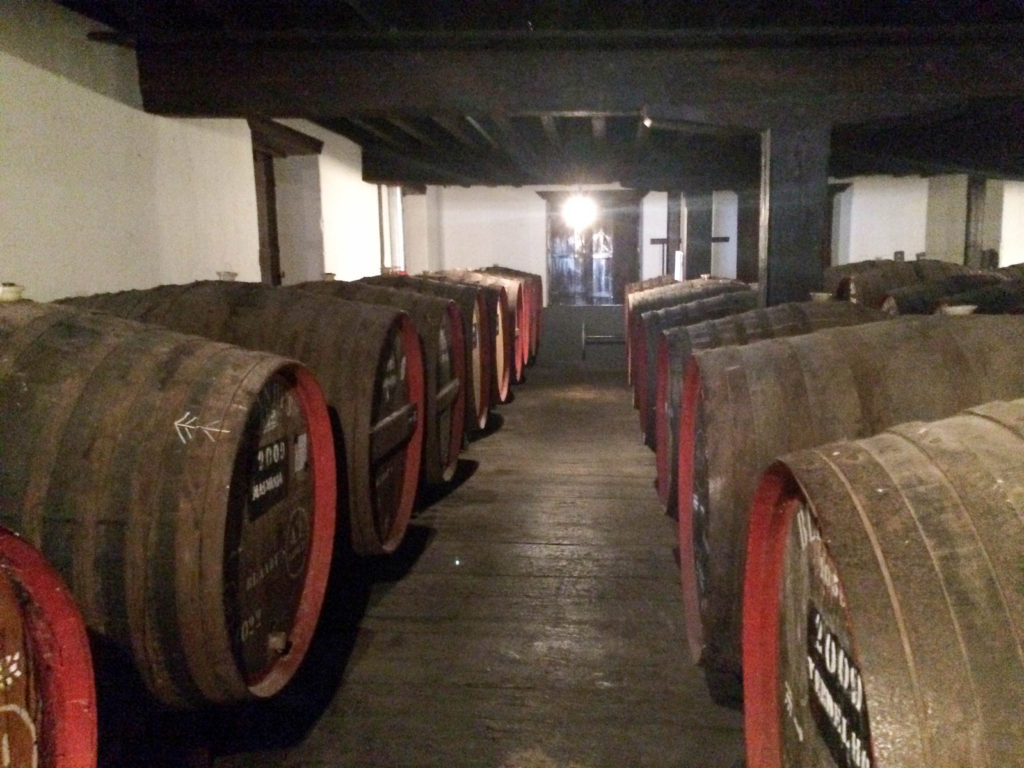 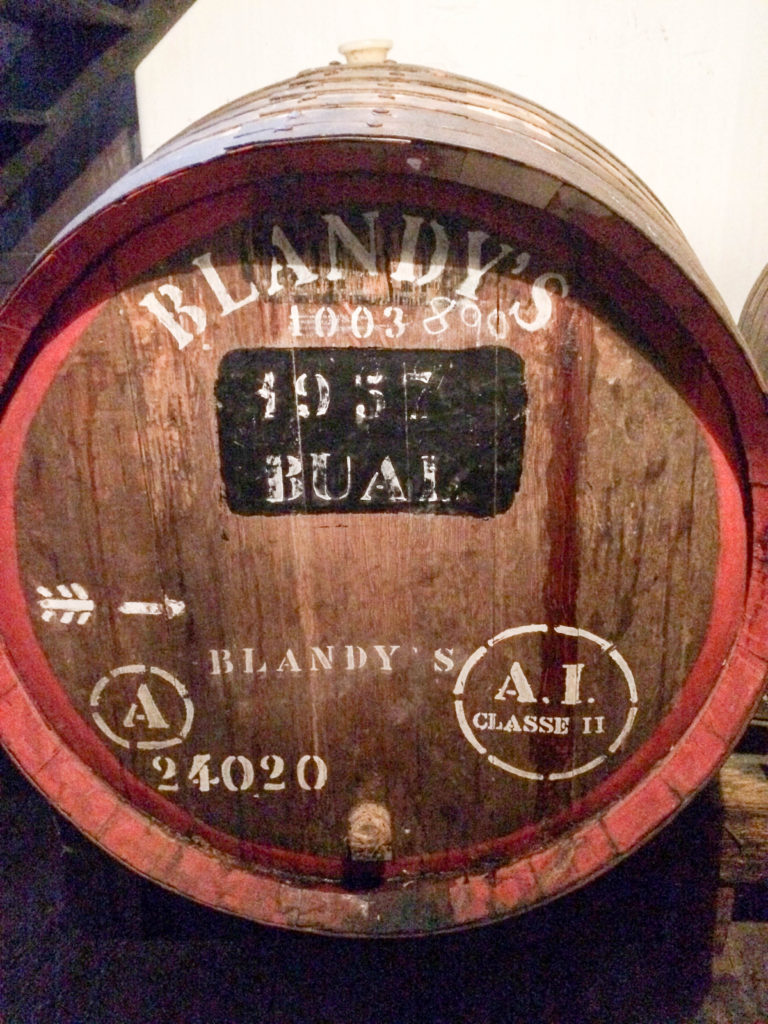 We enter a new room with many wine barrels – in Blandy’s Wine Lodge there are 650 barrels and vats of wine stored and all here are aging with the canteiro method. Firstly, we listen to a bit of the history about the Blandy family. In 1807 John Blandy sailed into Madeira for the first time and in 1811 founded successful wine making company which is today in the hand of the 7th Blandy generation.

It’s time for the second lesson about the Madeira wine. There are six grape varieties grown on the island: the white ones bual, malmsey, sercial, terrantez, verdelho and the only red one tinta negra. Madeira is a very hilly island, so the harvest is done by hand. It also has seven micro climates, so they pick up grapes between August and October, it depends on where is the location of the vineyard. Blandy family buys grapes from more than 400 wine making families in Madeira and they have their own vineyards in the north of the island. With mechanical production the newly made wine is put into barrels and left there from 3 to 25 years. The longer wine is left in a barrel, the better the final product. 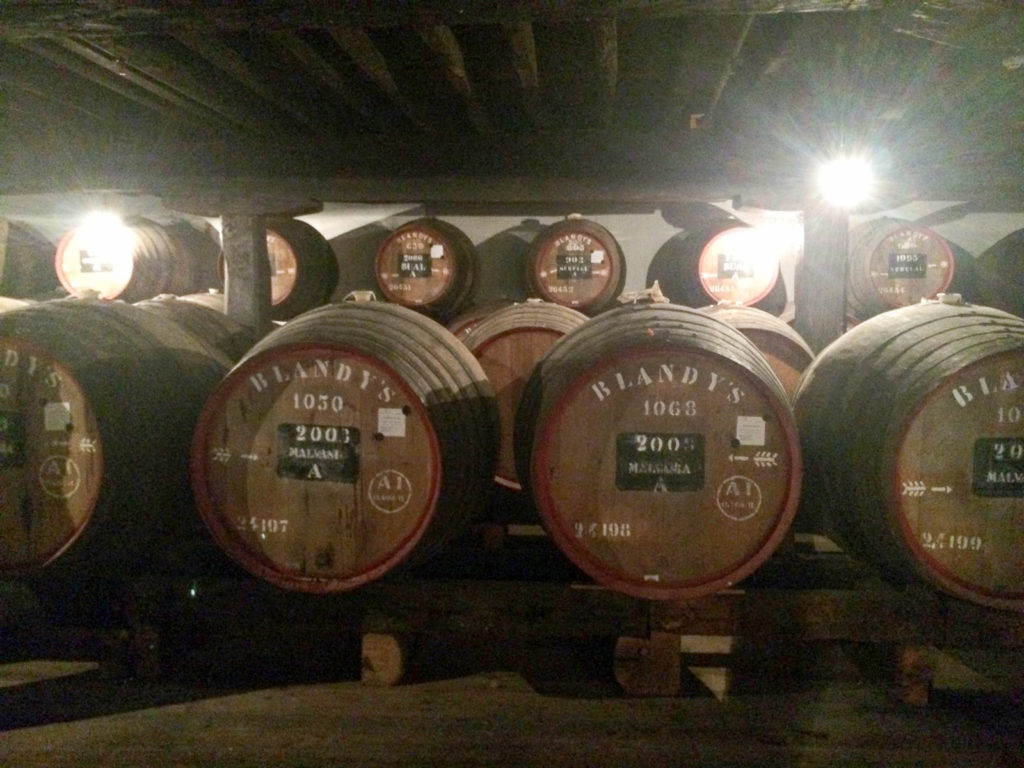 And finally, the third lesson about the Madeira wine. Every wine has from 18 % to 22 % of alcohol in it. You can get from dry to sweet wine with prevalent aromas of burnt caramel, walnut oil, peach, hazelnut and orange peel. Blandy’s produce non-vintage and vintage wine. 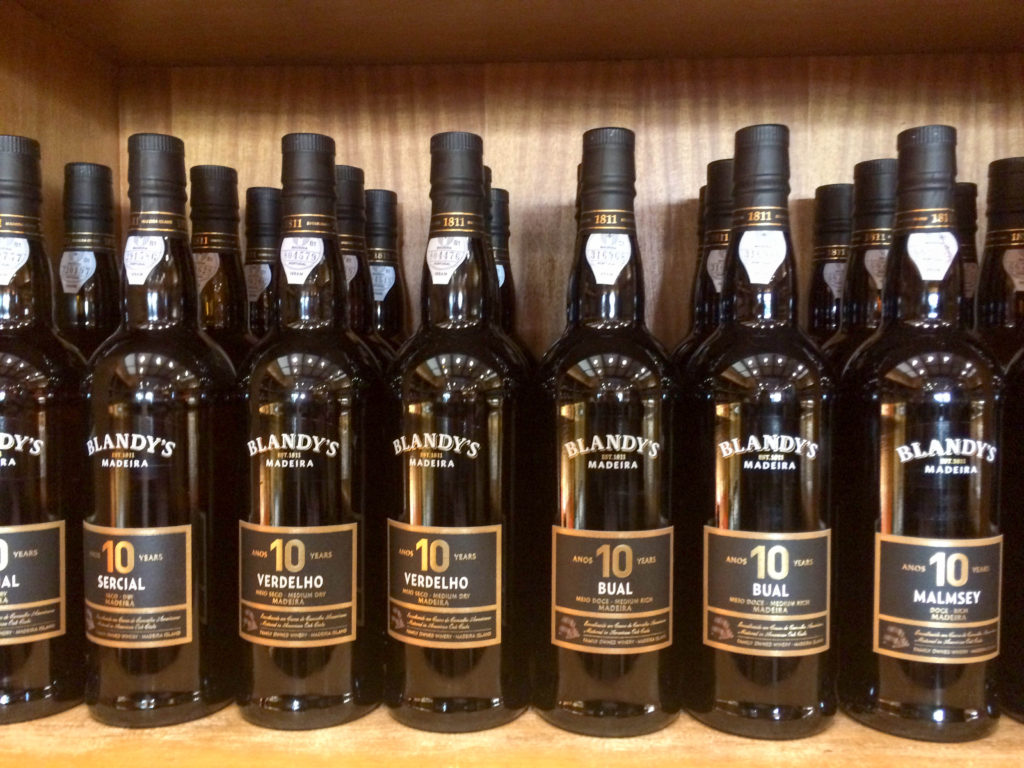 This is a storage for the wine that is waiting to be placed in a new barrel. In the meantime the wine is put in big vats that are made from Brazilian satinwood, which doesn’t add any flavour to the wine. This vats each hold 9000 litres of wine. Blandy’s produce 1 million liters of wine per year and they export 70 % of it. On that note, on the whole island of Madeira there is 4 million liters of wine produced per year and 90 % is exported. 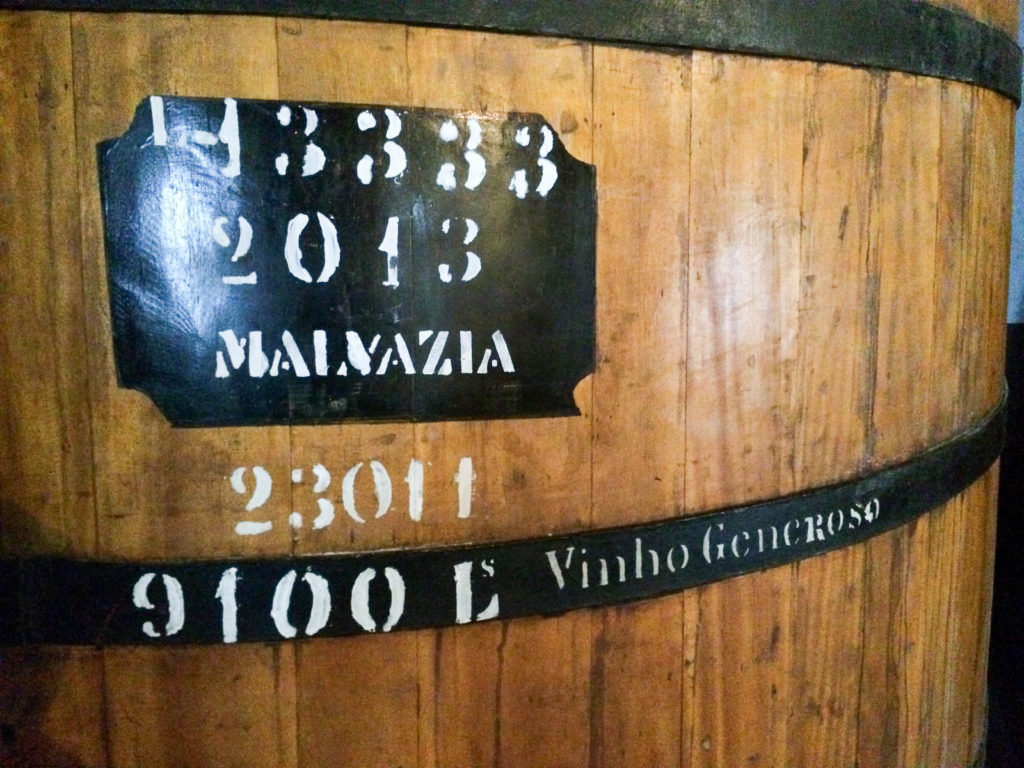 In the Museum you can see some unique items from the history of Blandy’s and Madeira wine. For example, wooden lager, bookkeeping notebooks, old cash-registers, wine bottles, letters from Sir. Winston Churchill and others, and even the goat skin. In the latter the must was transported from vineyards all over the island to Funchal in the times when there were almost no roads on Madeira. 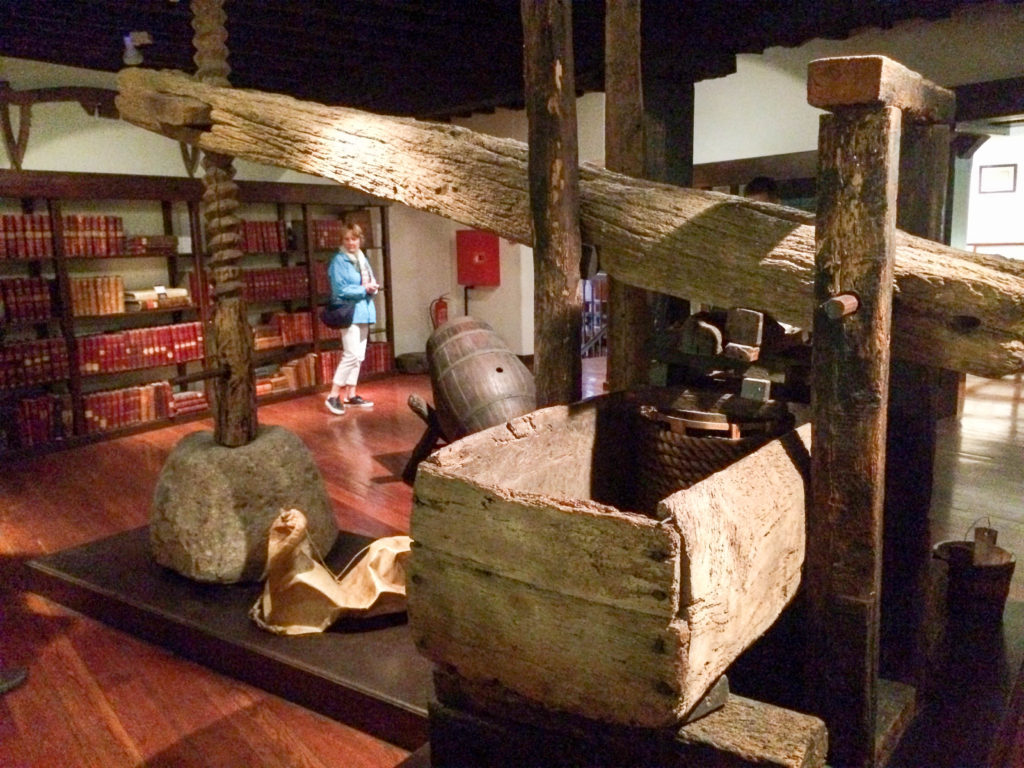 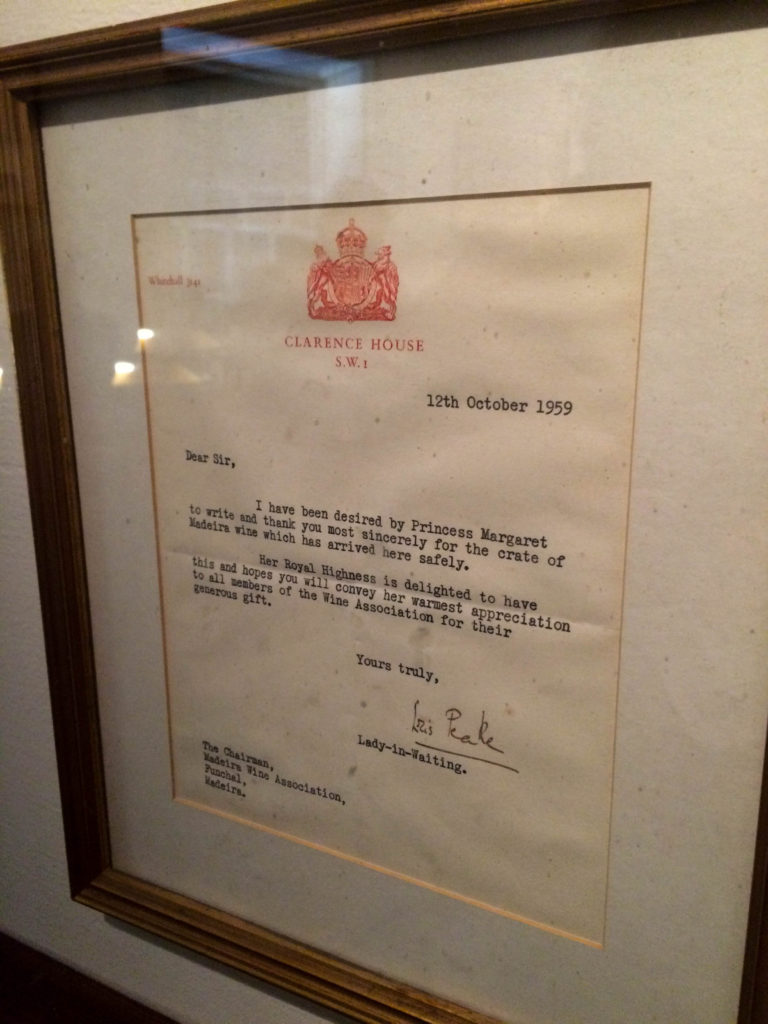 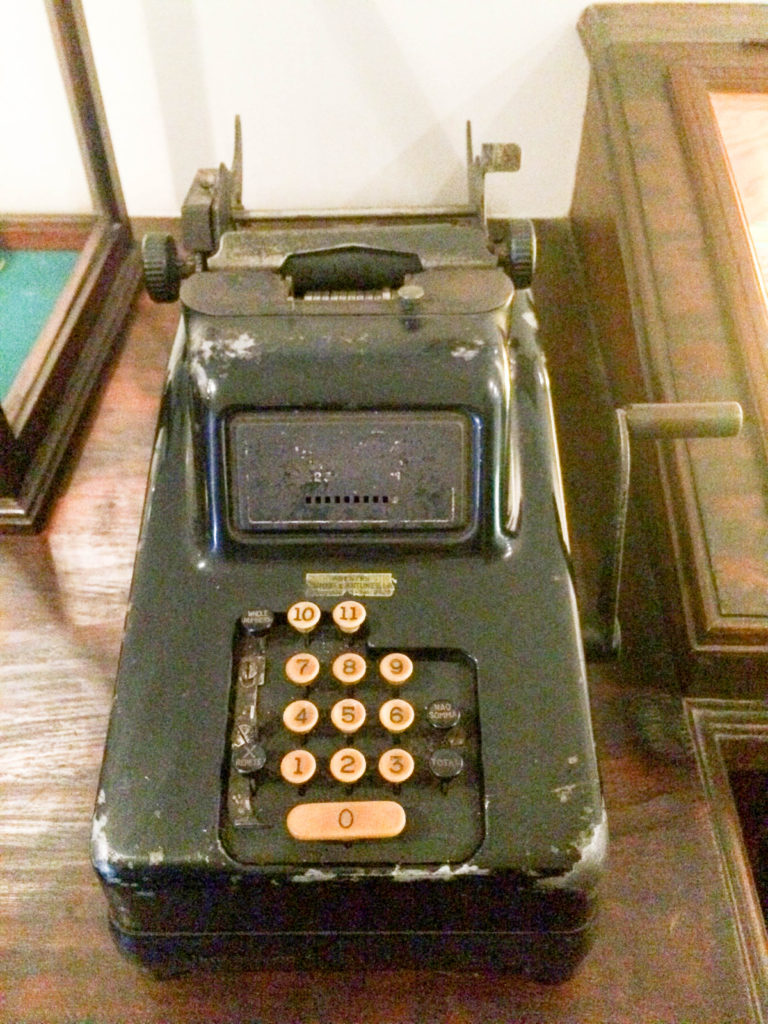 We tried 5 years old medium dry verdelho and sweet malmsey from the 2008 harvest. We analysed what we saw, smelled and tasted. I was warned before going to Madeira that their wines have a special taste. It is true that they are mostly served as an aperitif or dessert, however, I liked the both wines I tasted. Probably I preferred the malmsey, because I admit, I like sweeter wines. At first their taste was unfamiliar, but you get to like it more and more with every sip. 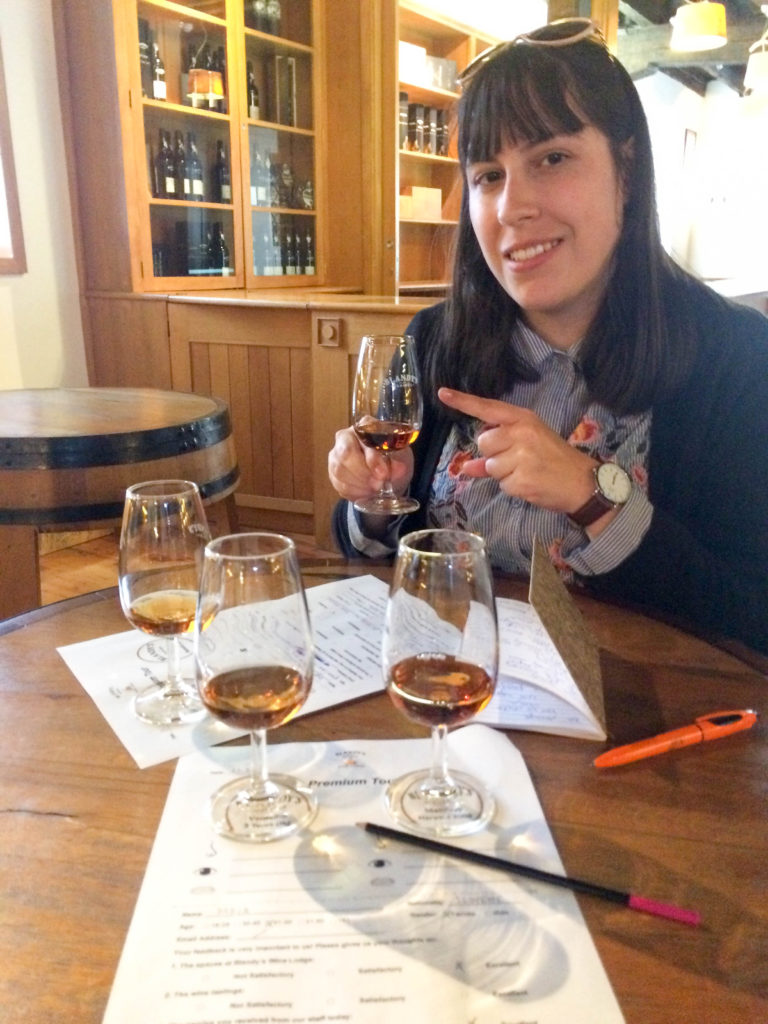 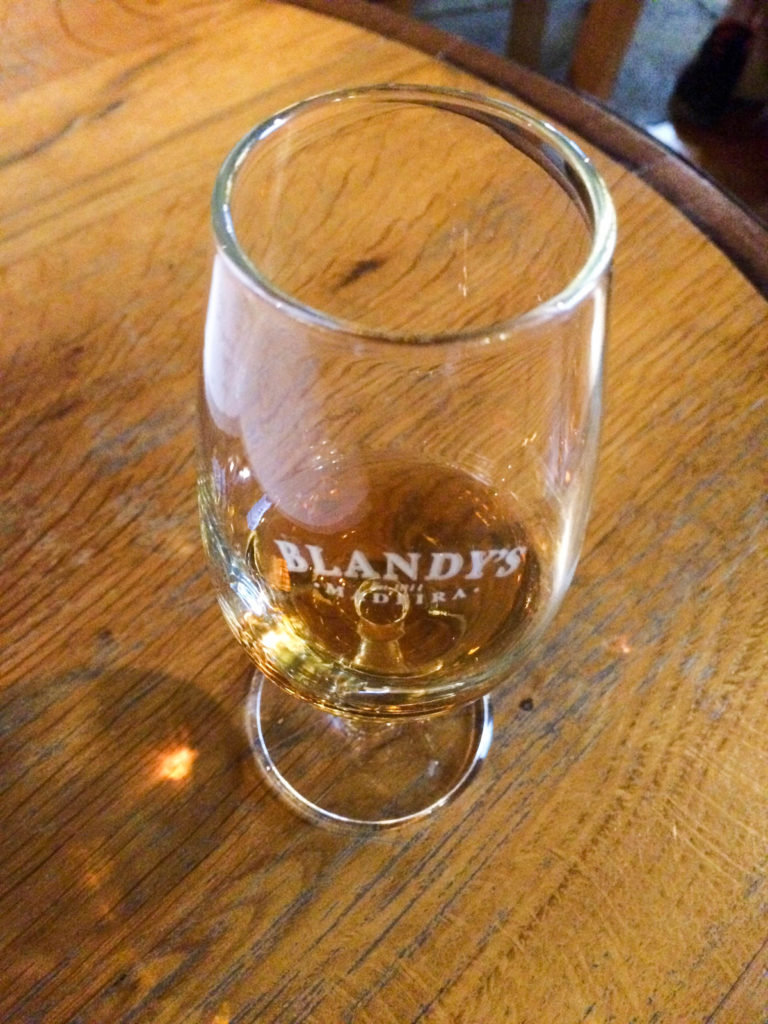 Before leaving, I took some moments to admire the building of Blandy’s Lodge itself. It was built in the 17th century and before Charles Ridpath Blandy bought it in the mid 19th century, it served as a monastery and a prison. Their location is in the center of Funchal and linked to on of the oldest streets in the city. They also have a store where you can buy different quality wines. 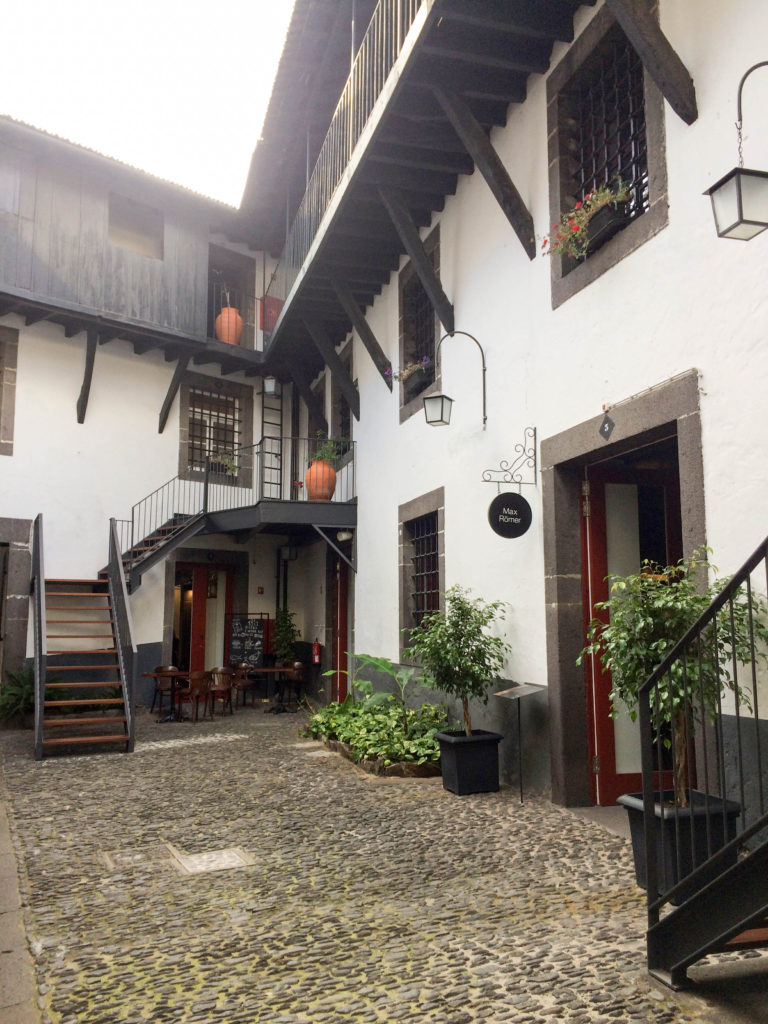 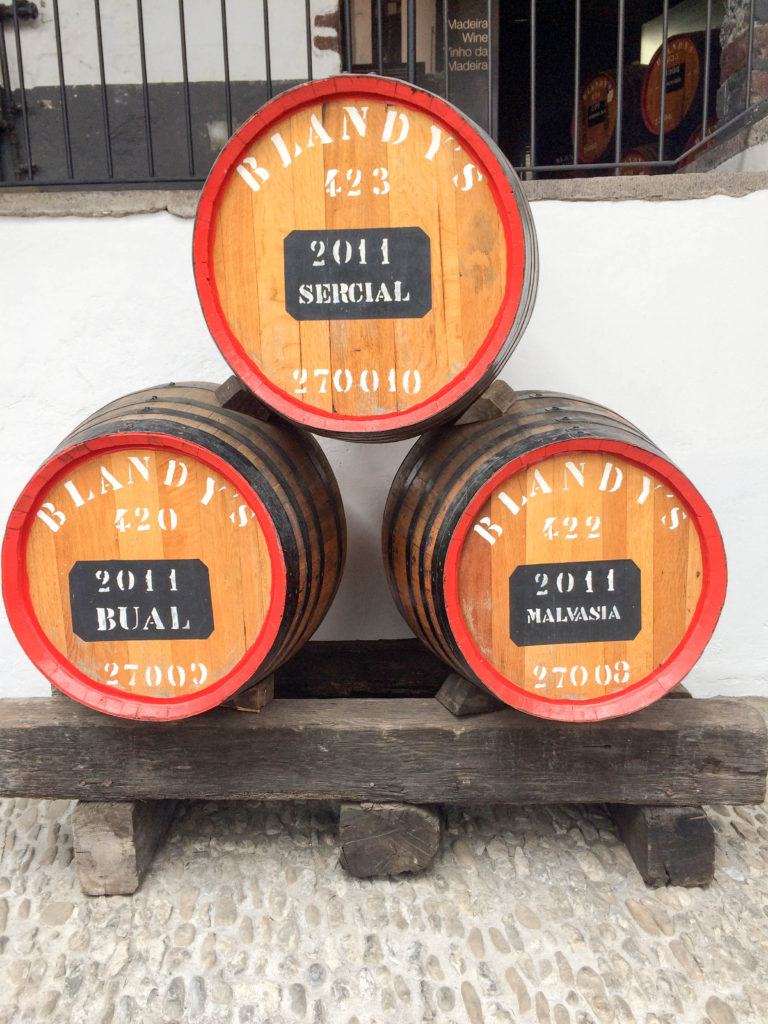 Many thanks to Blandy’s Wine Lodge for inviting me to visit them. All expressed opinions are always my own.