Though Hungary is Slovenia’s neighbouring country, I admit I didn’t know much about its touristic sites beside Budapest and Balaton. So I was absolutely positively surprised when I visited Eger, Tokaj, Visegrád and Szentendre as a part of agritourism tour with my work. The latter two cities are together making a perfect day trip from Budapest.

Szentendre is a small town 20 kilometres from Budapest and although it was pouring rain when we were visiting, I still instantly fell in love with it. It has narrow streets, colorful houses, old squares, promenade at the river, lovely cafes – what more does one want from a city? In translation Szentendre means Saint Andrew and it offers visitors its perfect baroque townscape from the 18th century. It’s also known as town of art, culture, museums and galleries. Best time to visit Szentendre is in spring or autumn, because in summer you will have to share its narrow streets with a lot of tourists.

What are the best spots in the city?

… with the Plague Cross in the middle and colourful old merchant houses around it. There you will also find the Orthodox Blagovestenska church from the 18th century. That was a time when many Serbians moved to Szentendre and other Hungarian cities. 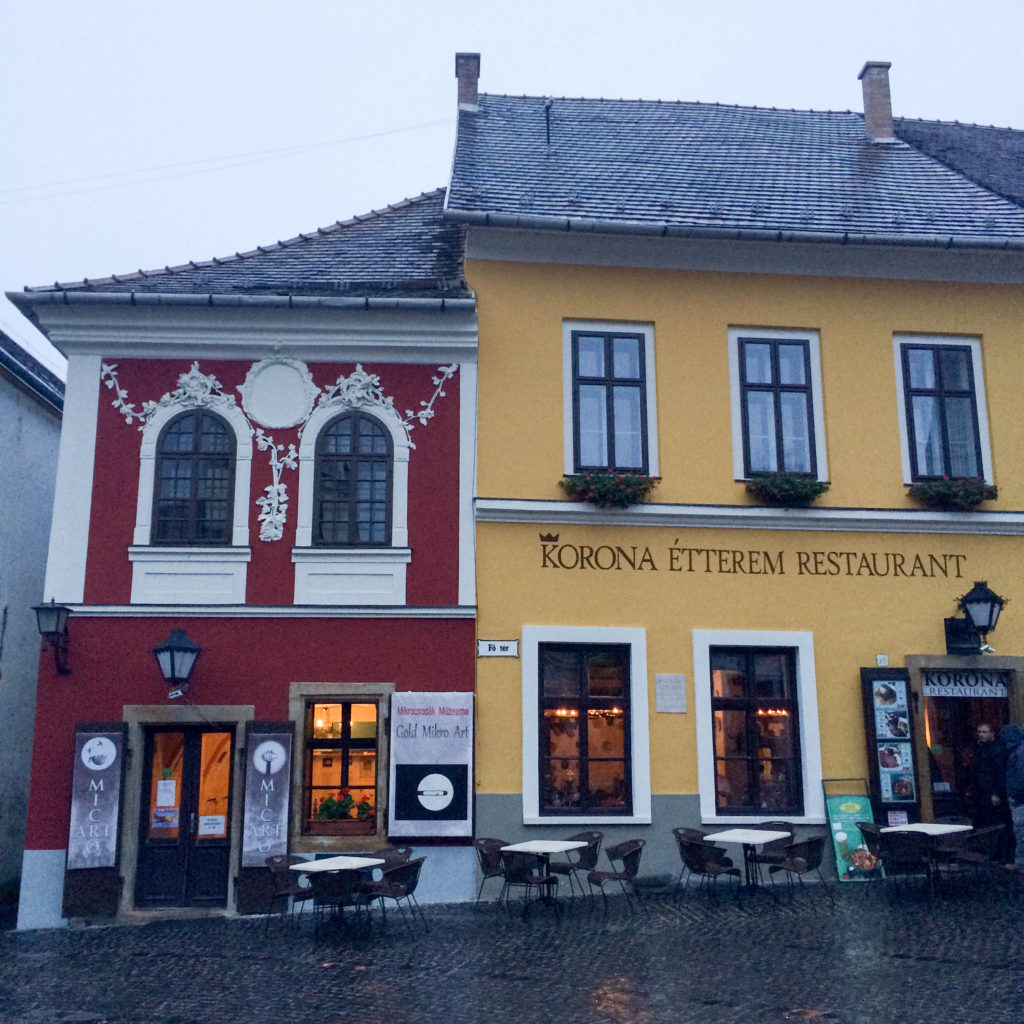 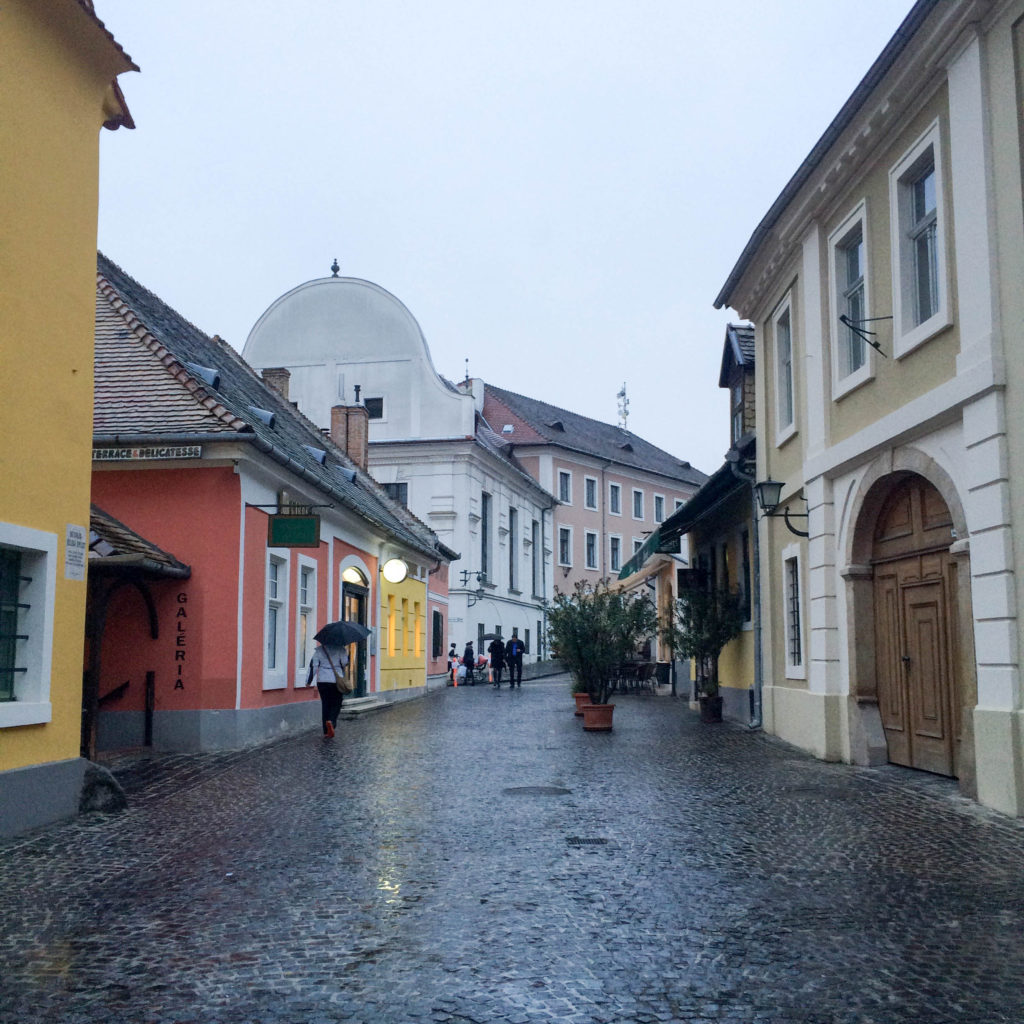 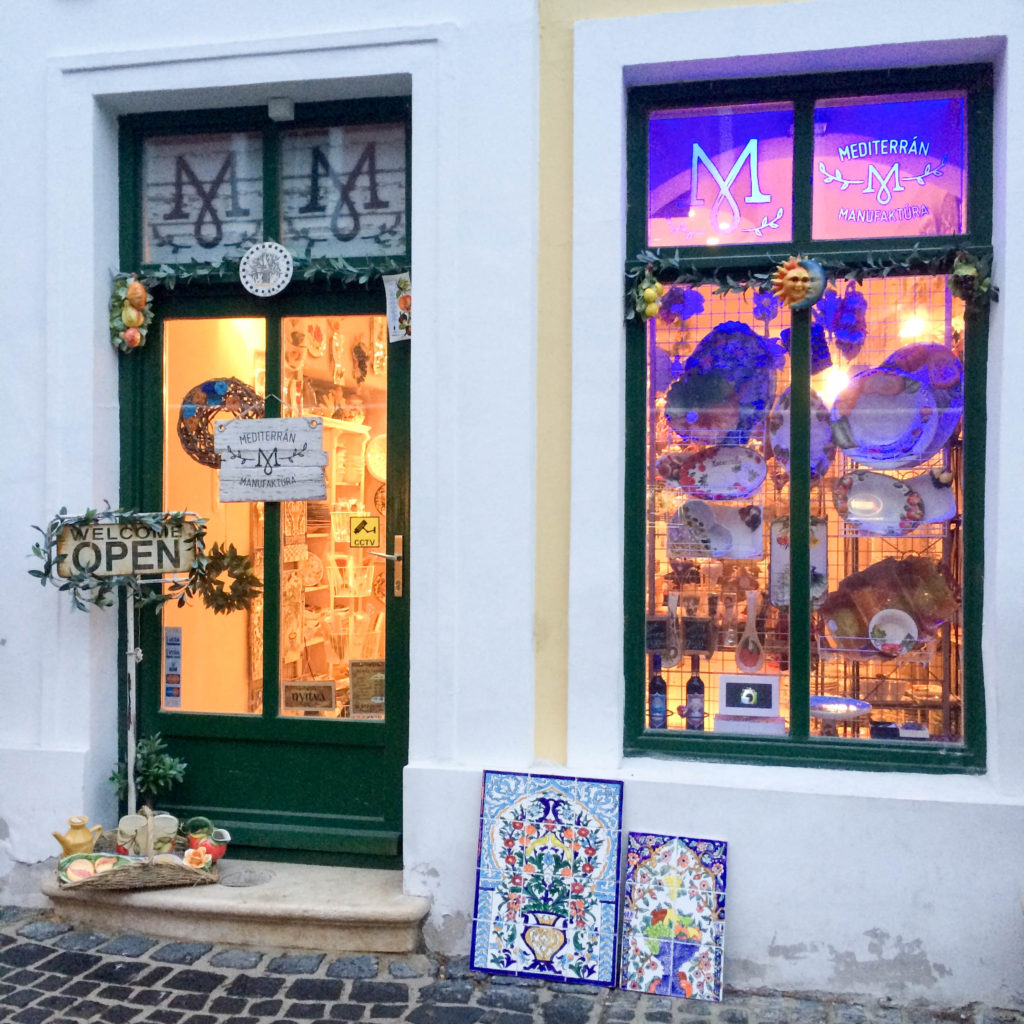 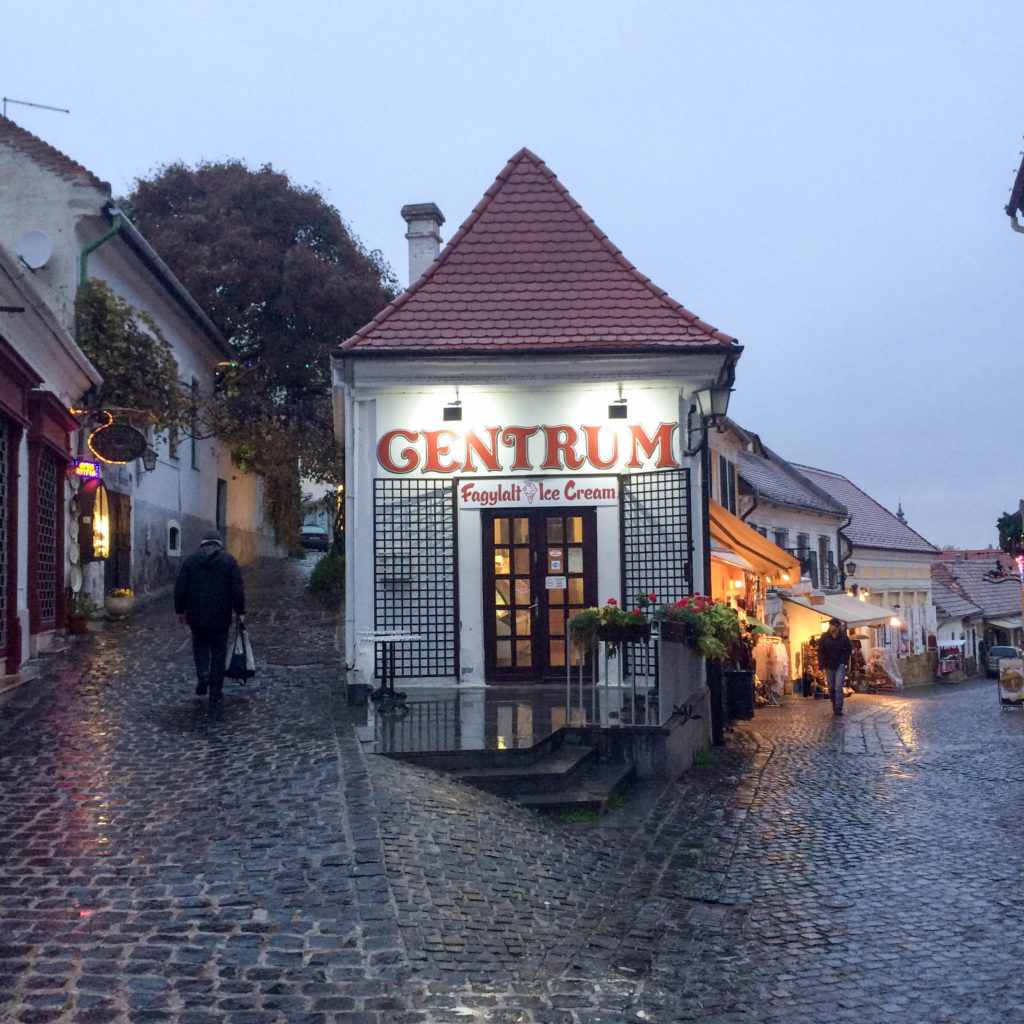 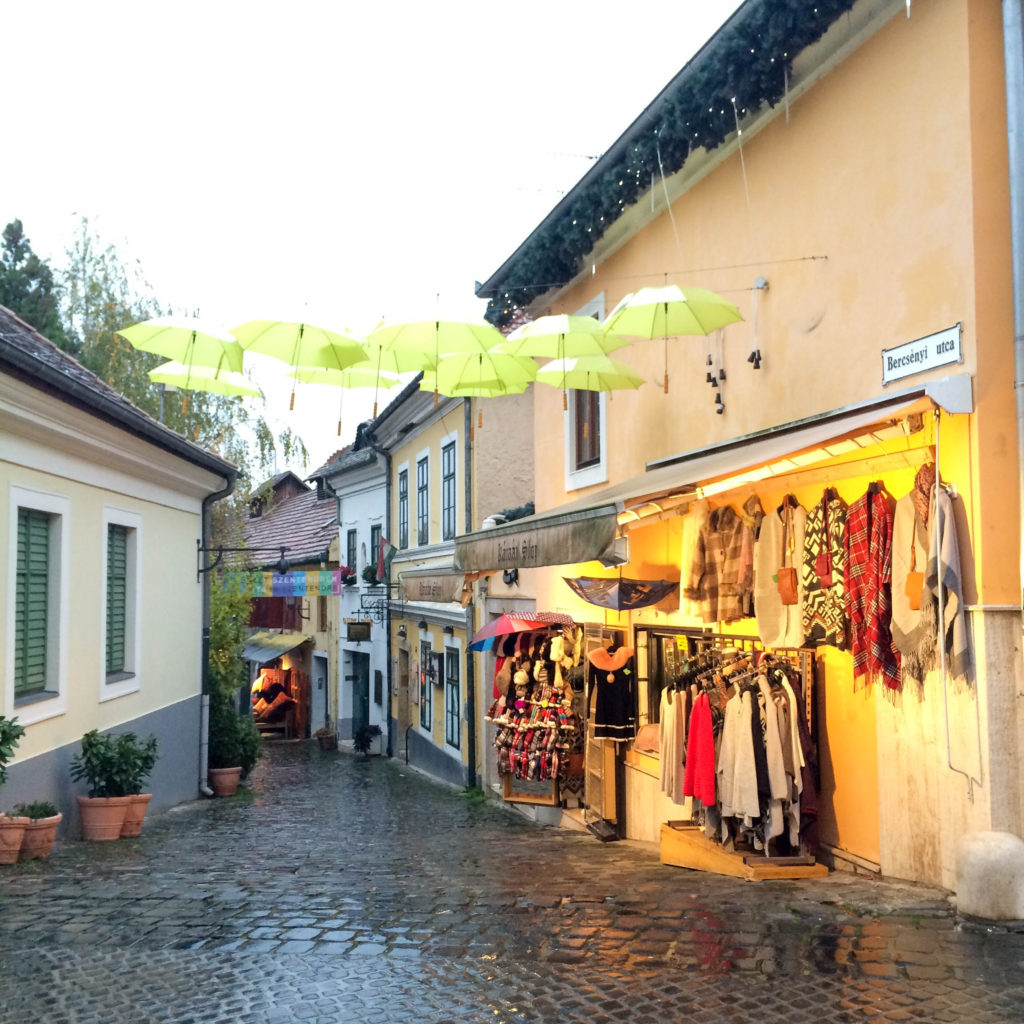 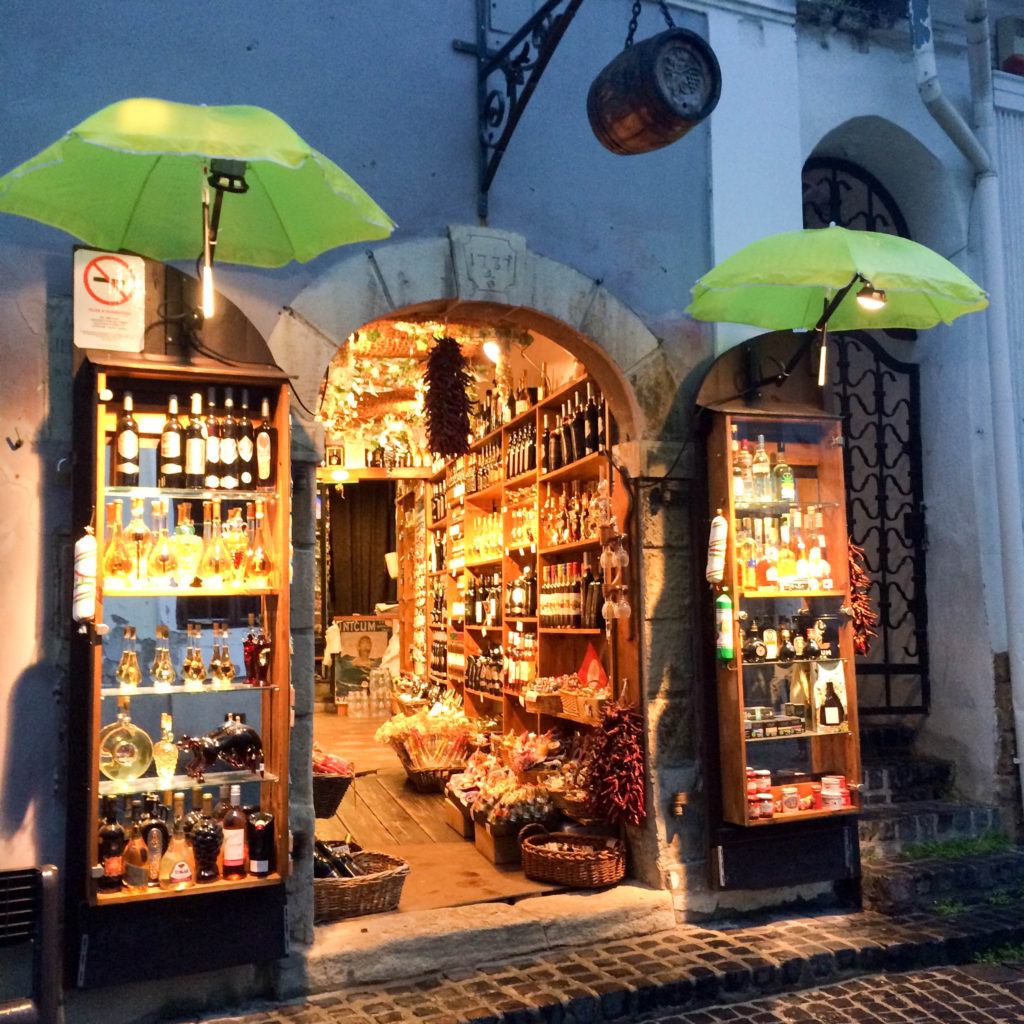 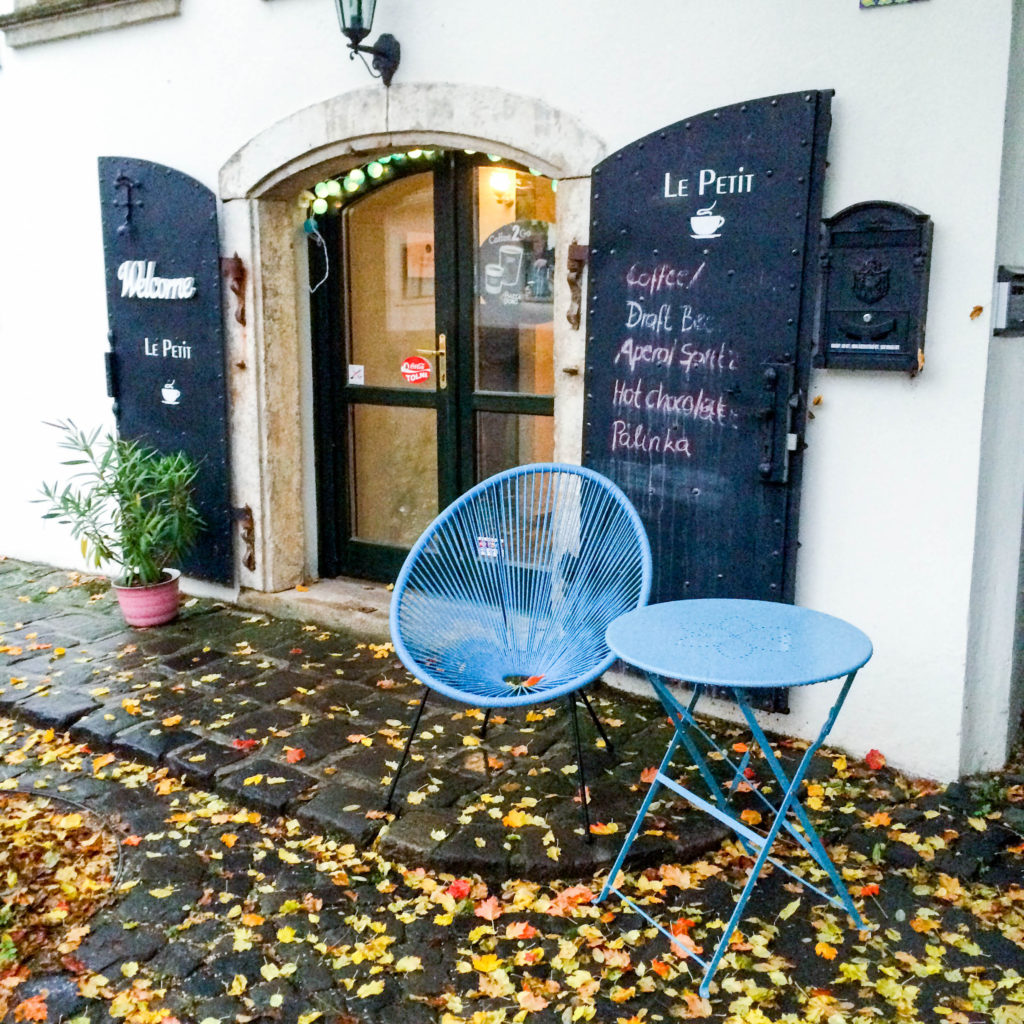 … is a place to take walks or sit on the benches and enjoy the view of the river. In the summer time you can sunbath or rent a canoe, on a rainy day there are many cafes and restaurants where you can relax. 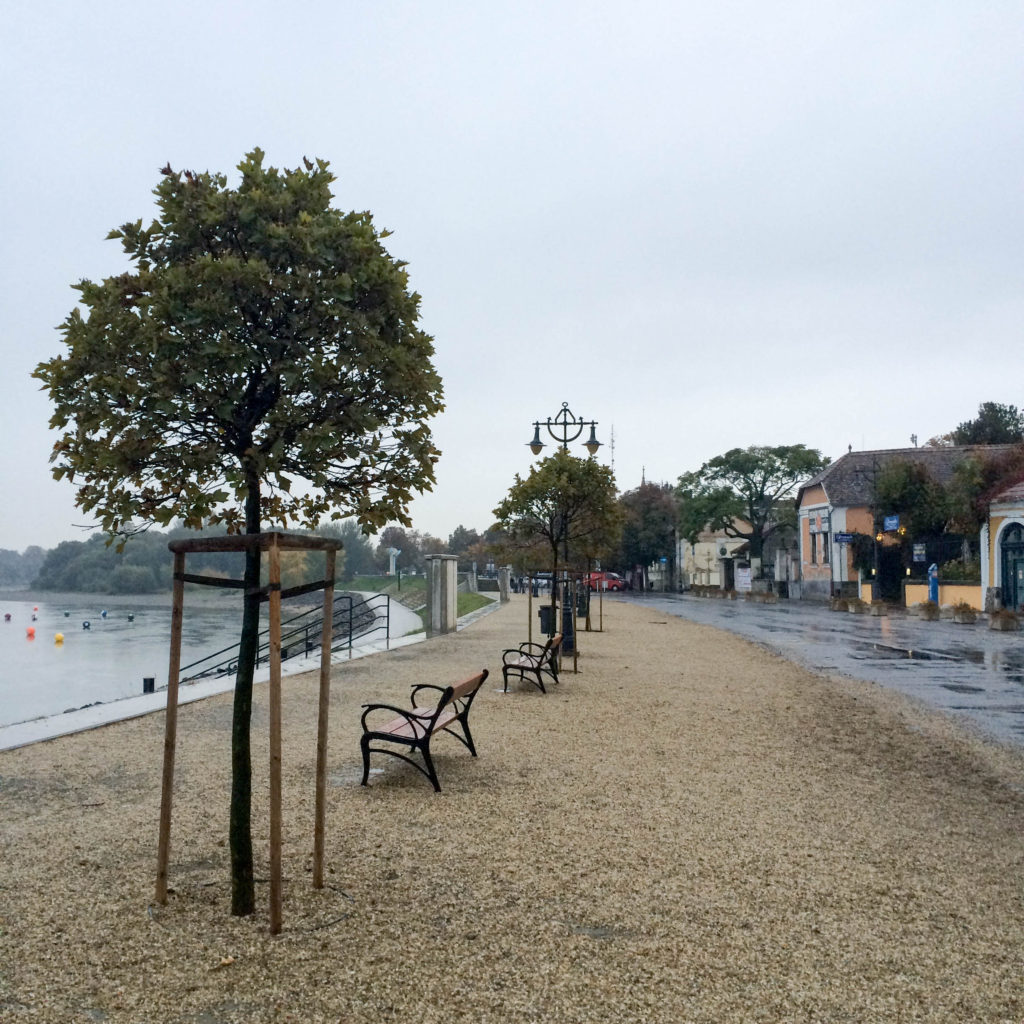 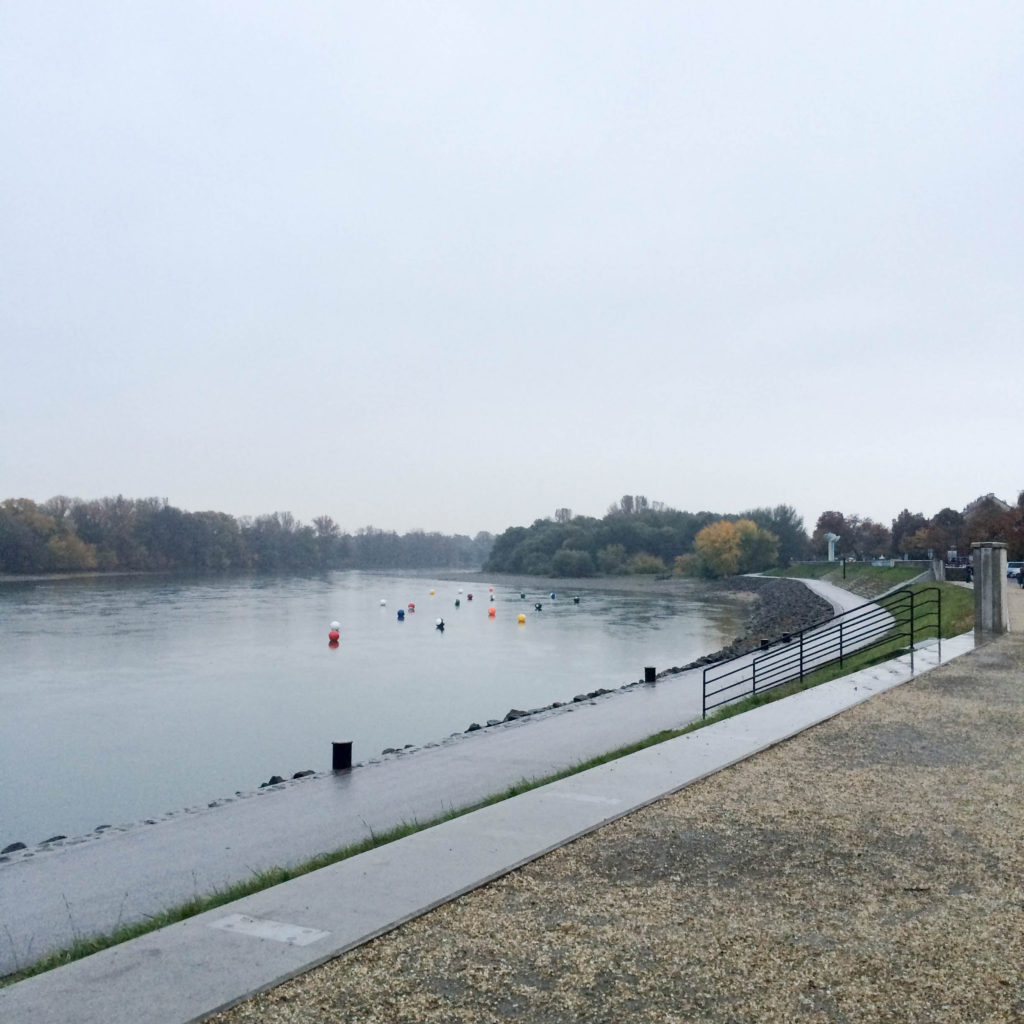 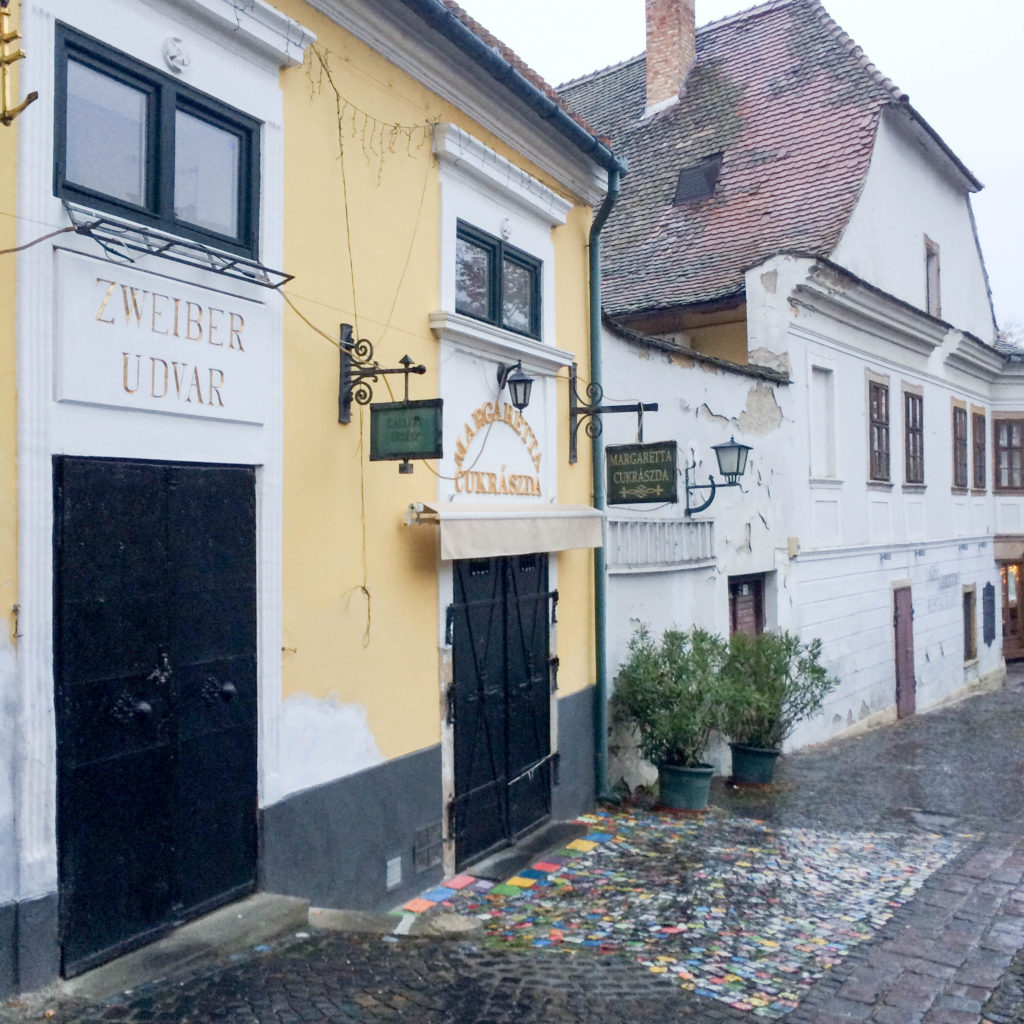 This small castle town lies 25 kilometres northern of Szentendre and holds great historical importance to Hungary. Visegrád was first mentioned in 1009 as a chief town of an archdeaconry. It was also a royal seat of Hungary between 1325 and 1405 when it was moved to Buda. Visegrád hosted an important congress with John of Luxembourg, the Bohemian king, and Casimir III, the Polish king in 1335. In 1991 the leading politicians of Hungary, Czechoslovakia and Poland meet here to form the Visegrád group, with an allusion to the first congress in the 14th century.

So Visegrád today offers the visitor to see the Upper and the Lower Castle and the Royal Palace of King Matthias Corvinus of Hungary.

My favourite is the Upper Castle medieval citadel, which holds the museum with waxed figures. One of the scenes represents the meting from 1335. In Hungarian the Upper Castle is called Fellegvár, which means the cloud castle. This name was perfectly representing the castle when I visited, because it was foggy and rainy day. However, this made this medieval castle look even mightier and scarier. 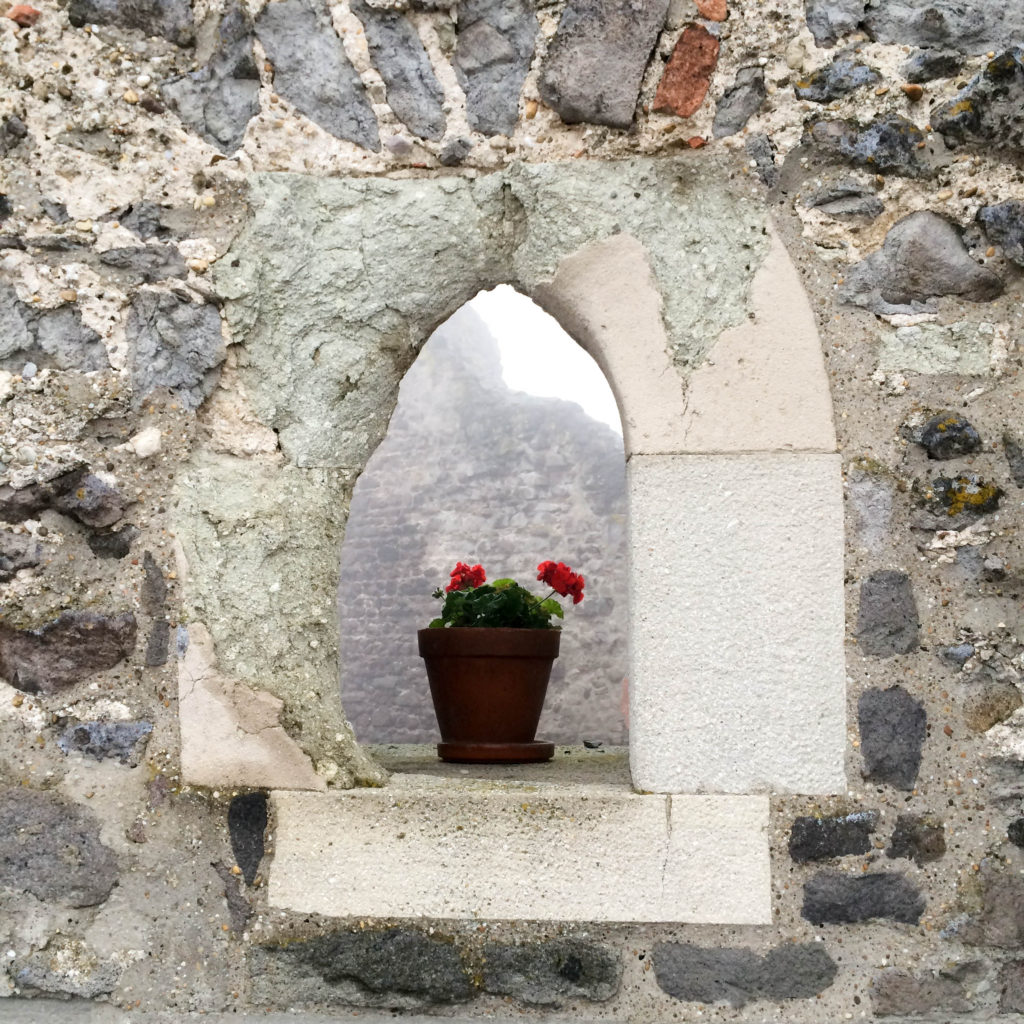 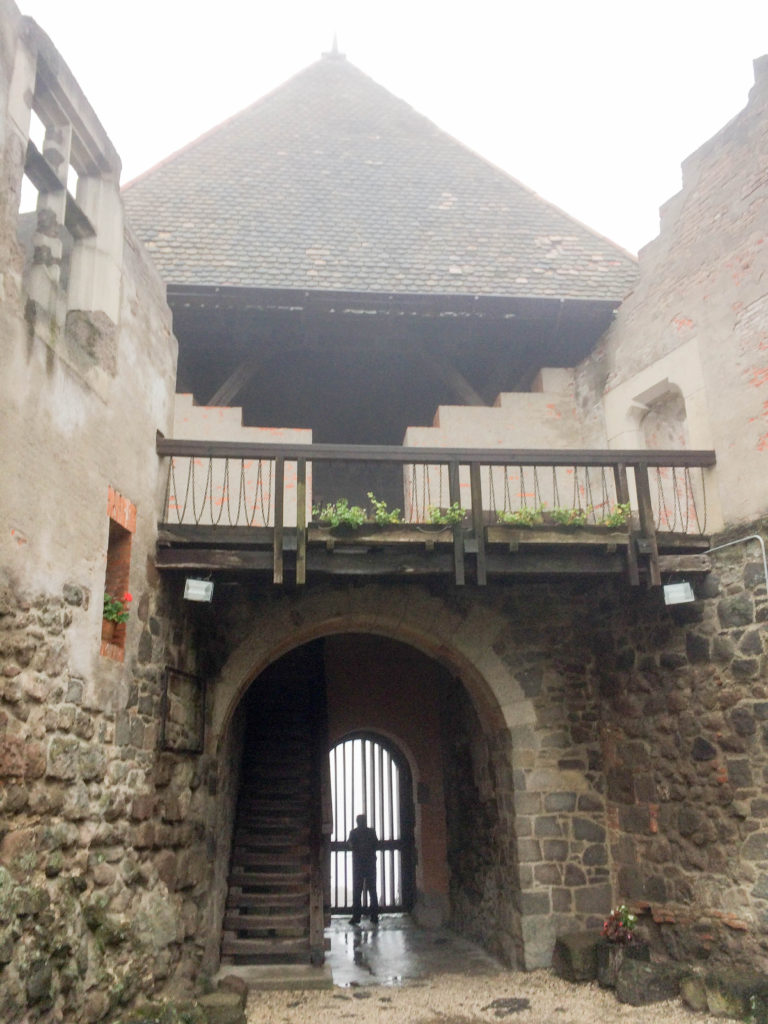 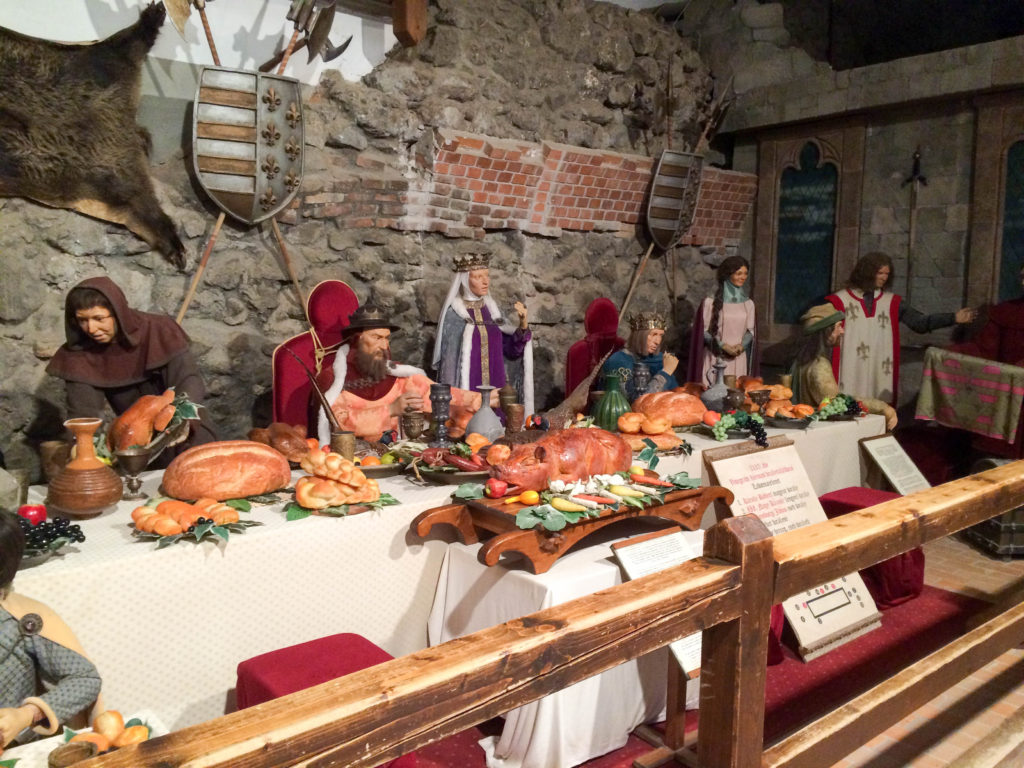 From the Castle Hill you also have a beautiful view …

… of the Danube river and the Danube Bend. Of course this applies to less foggier days. 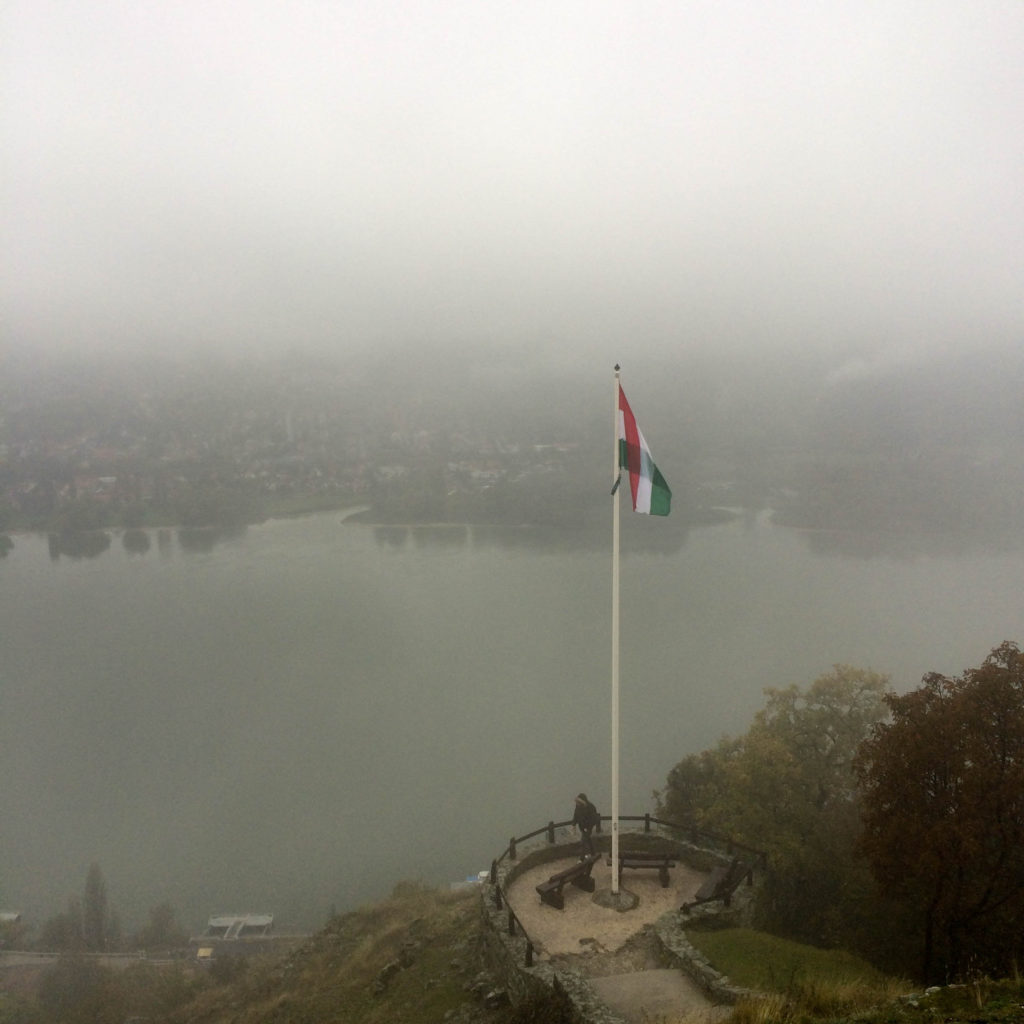 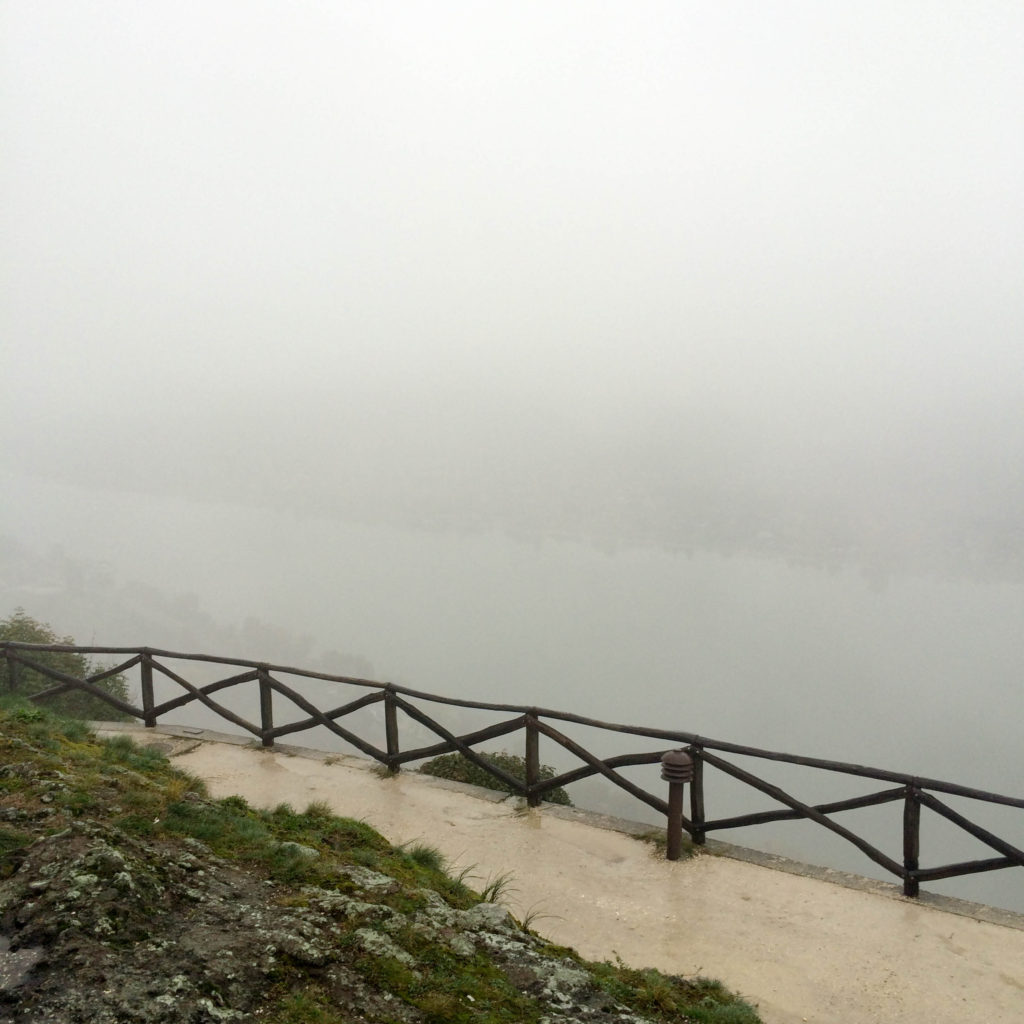 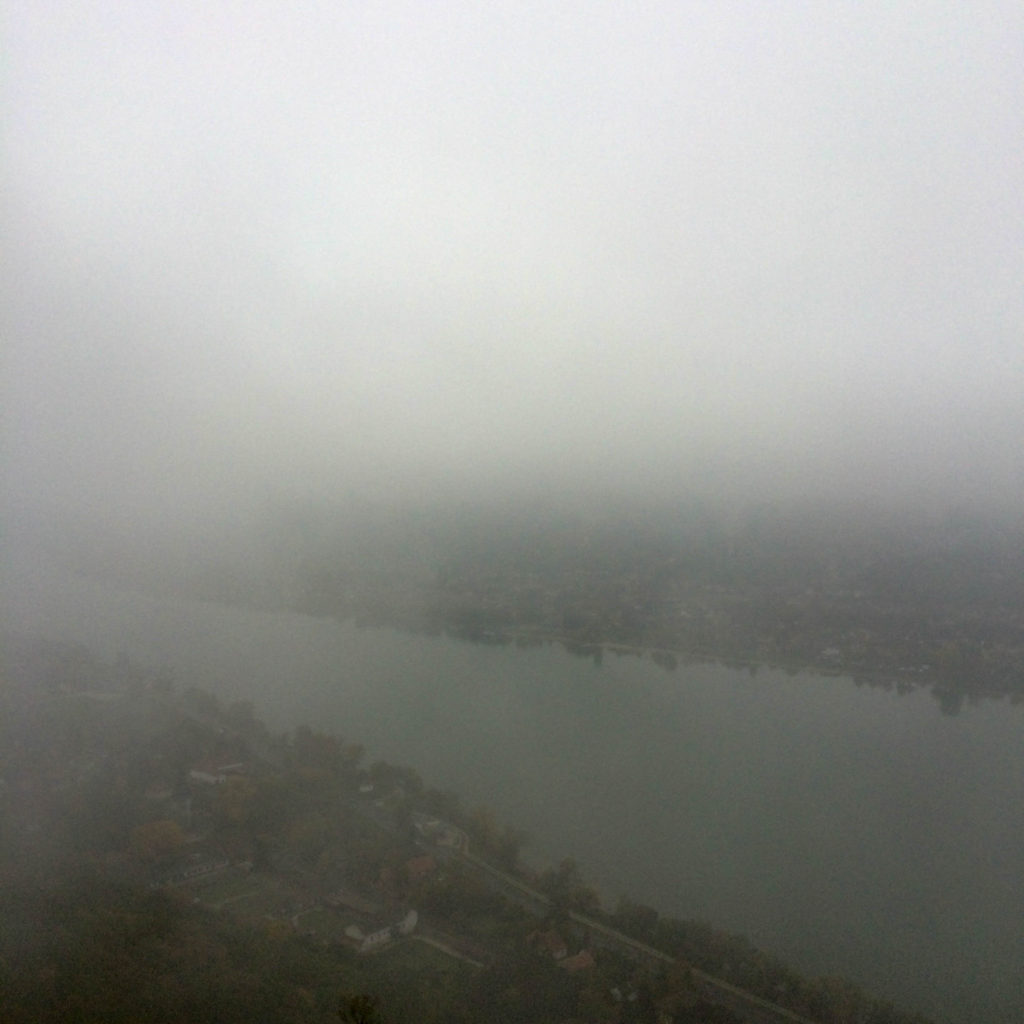 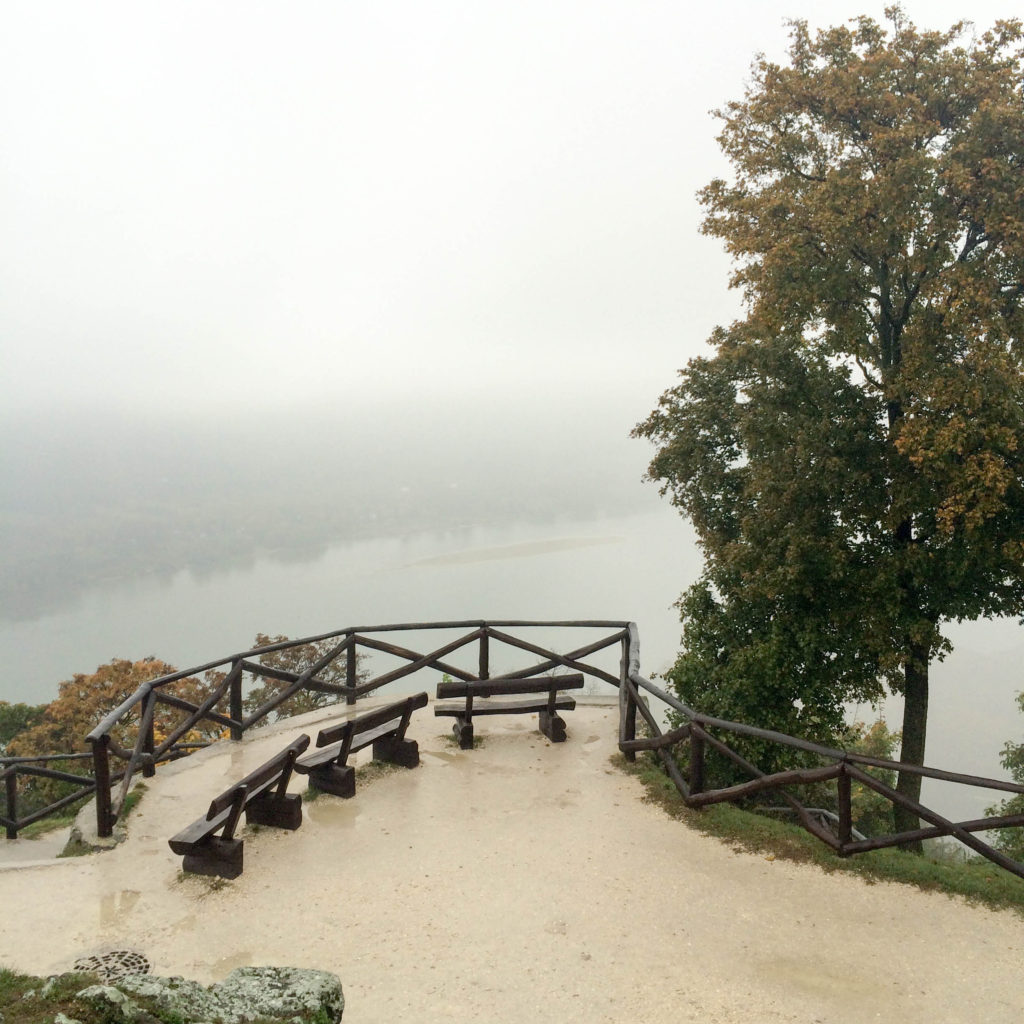