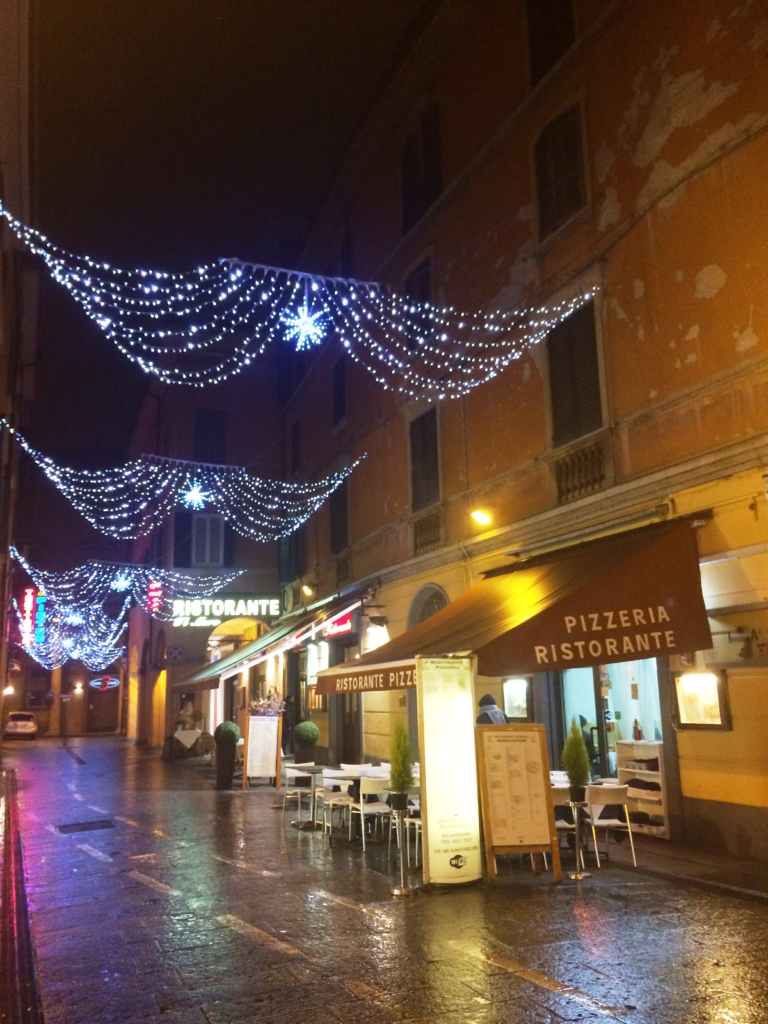 So you may ask, what is a portico?

Portico, also known as an arcade, is a roof structure over a walkway, supported by columns. It originates in ancient Greece; however, the porticoes of Bologna, Italy, are one of the most important ones. The historic center of Bologna has more than 38 kilometers of arcades that were build between the 11th and the 20th century. The first ones were built from wood; they later changed them with brick or stone pillars. What is more, Bologna’s porticoes are listed as Unesco World Heritage site.

Here is my photo diary of Bologna’s Christmas porticoes. Enjoy the photos!

Or go to Bologna yourself and get a firsthand experience. Go to Piazza Maggiore and just walk around the city center. You can also stop for an Italian coffee or aperitivo. 😉 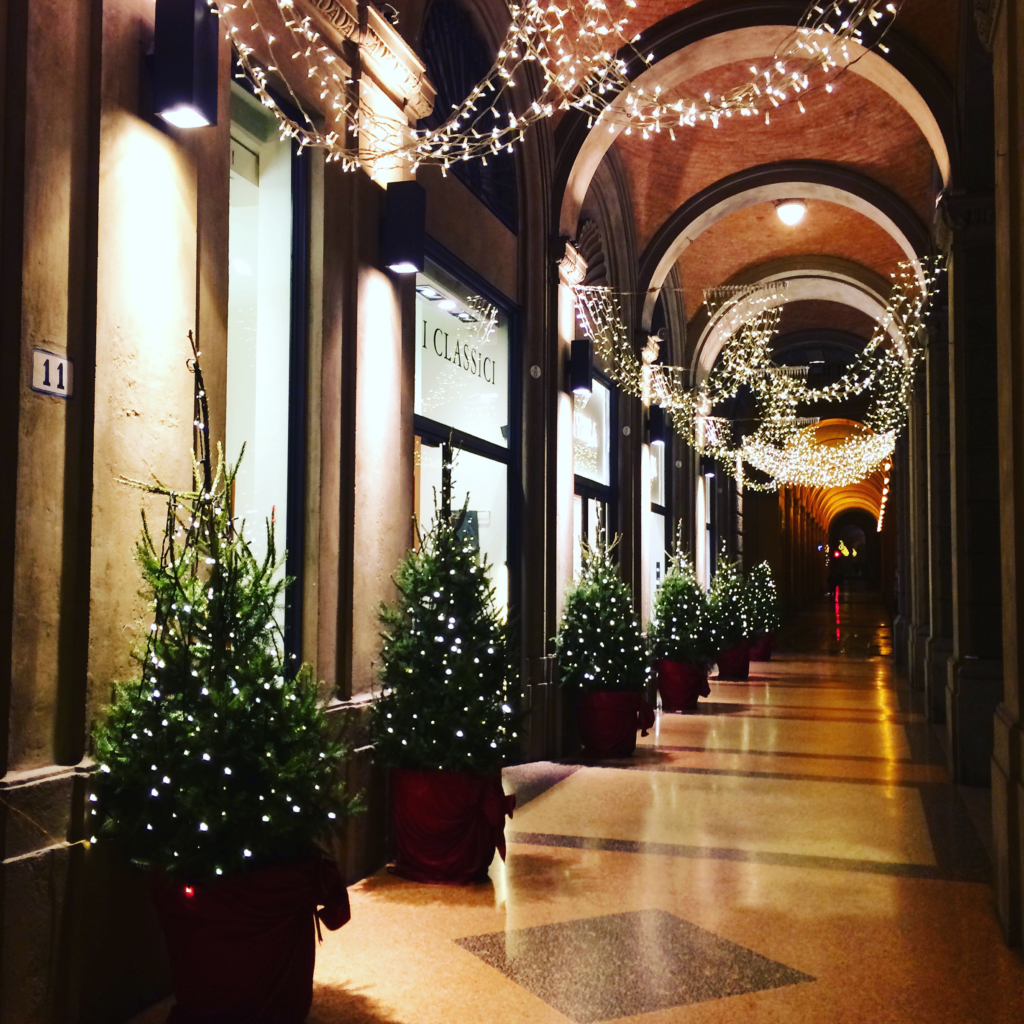 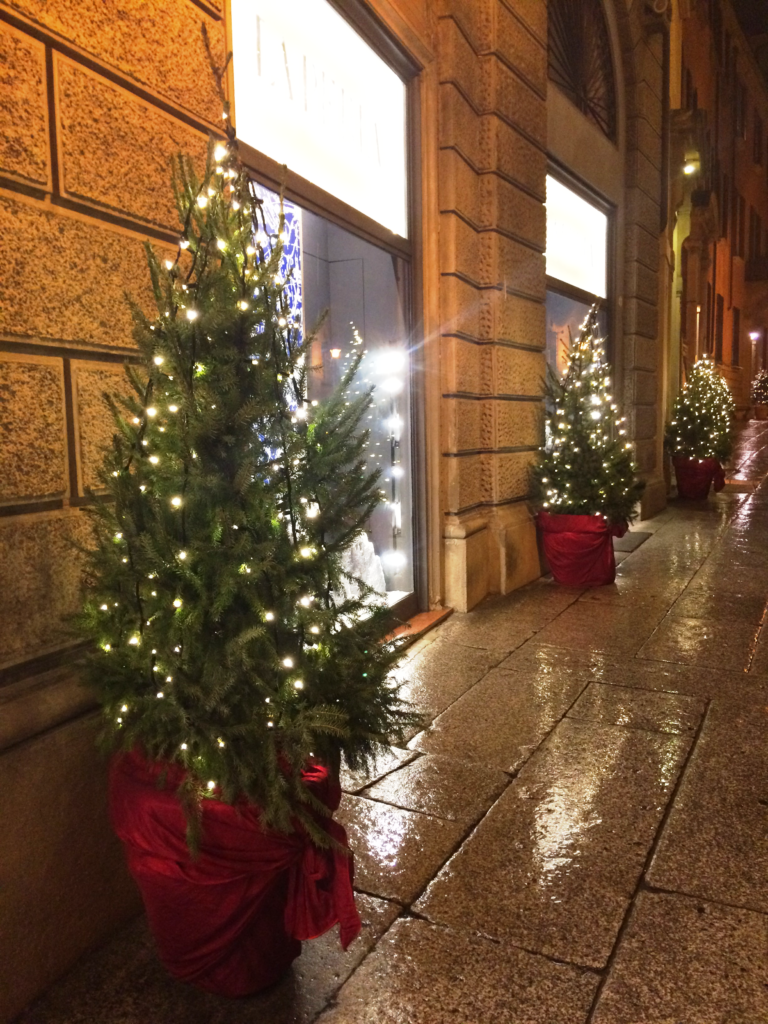 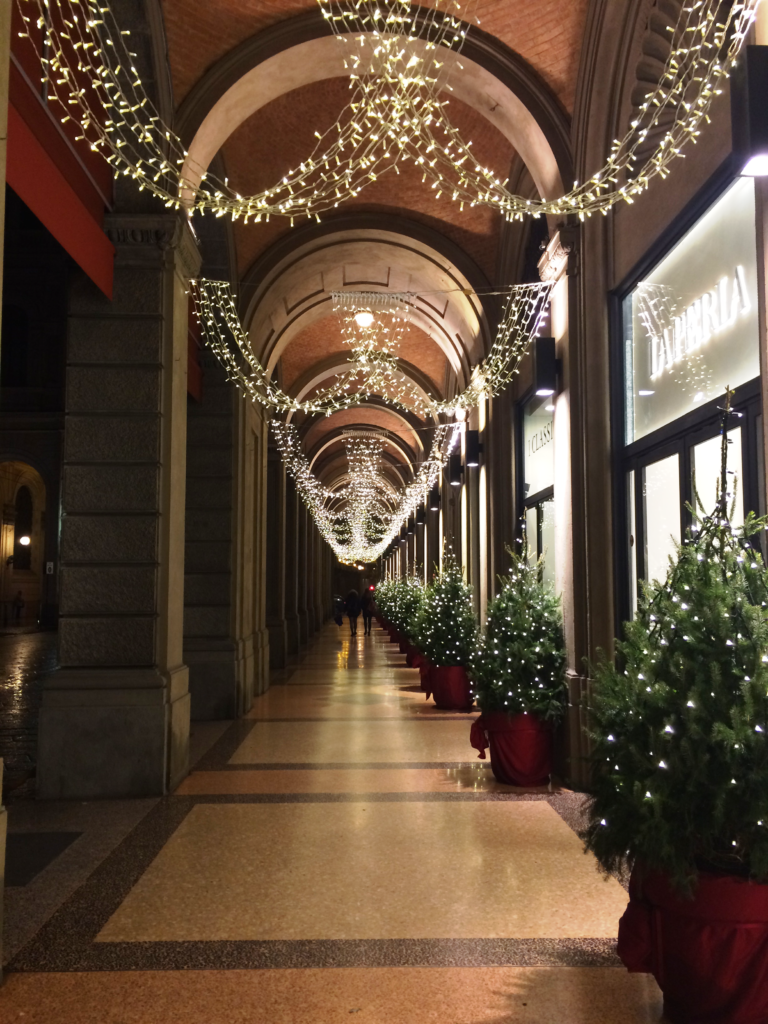 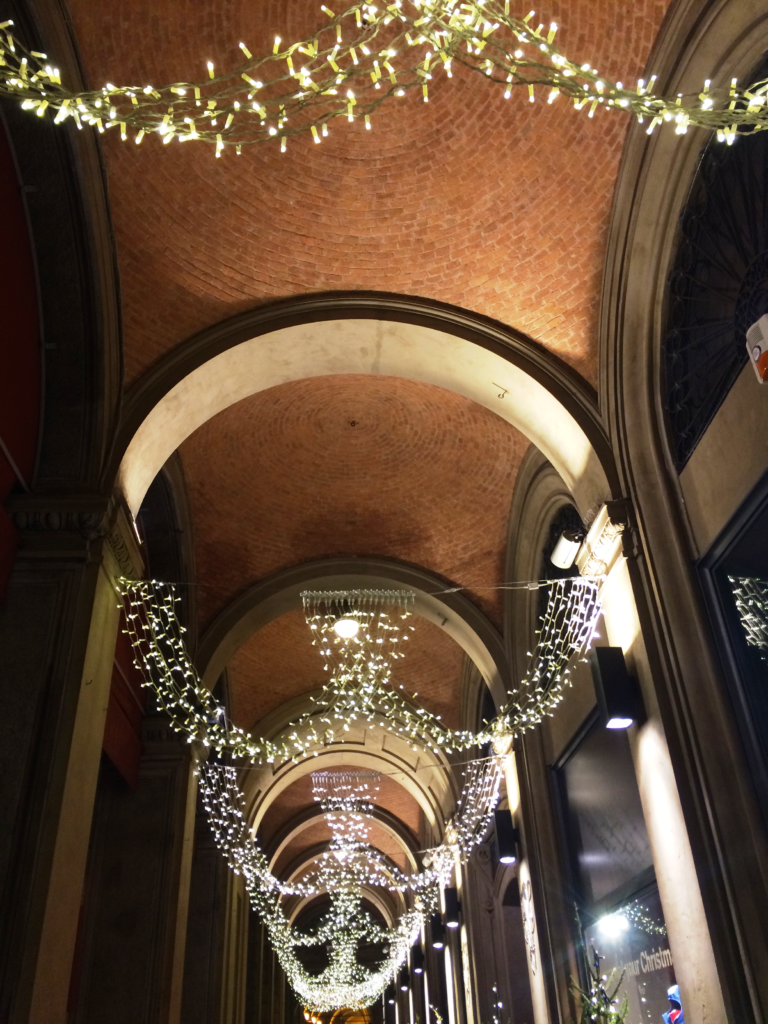 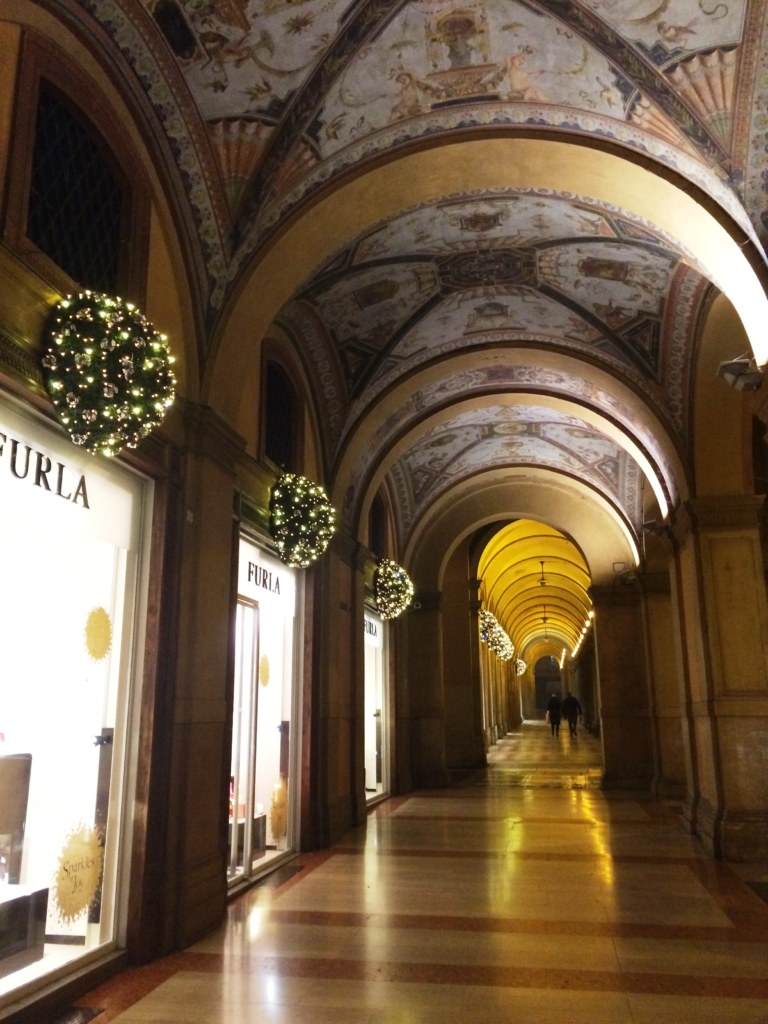 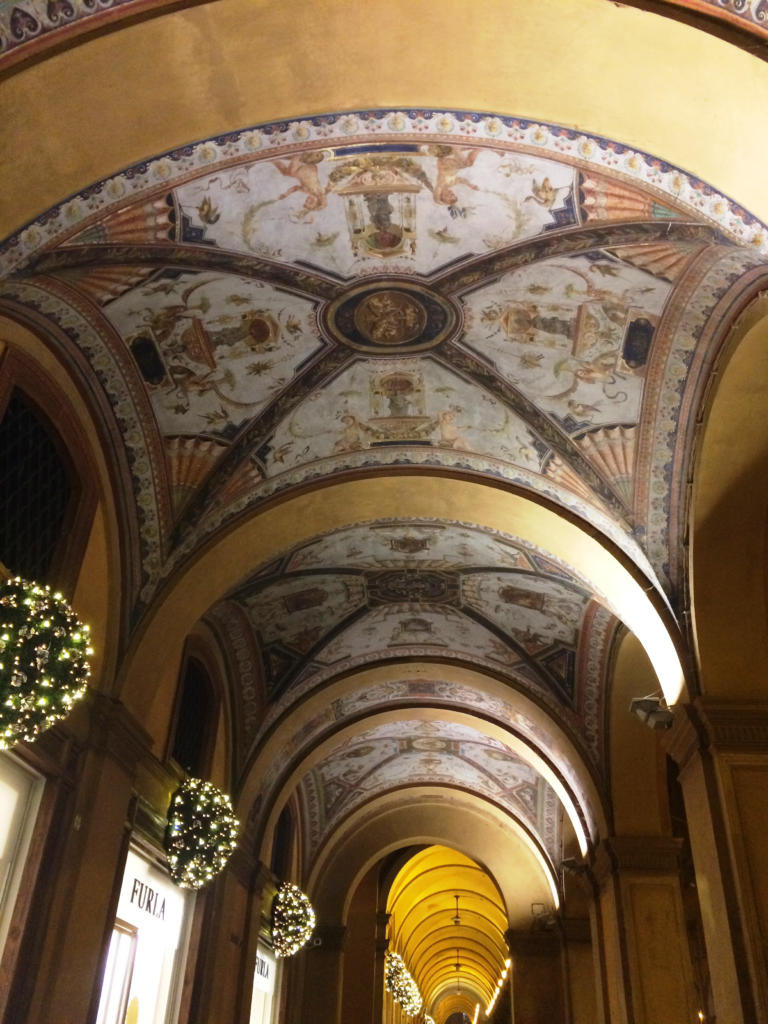 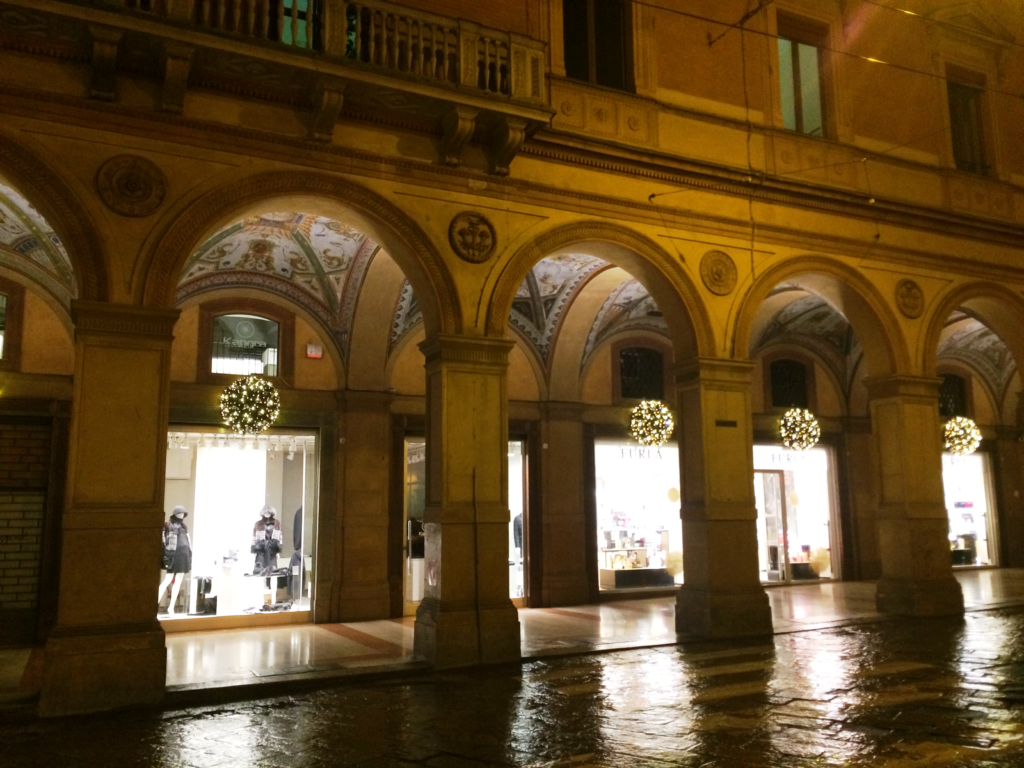 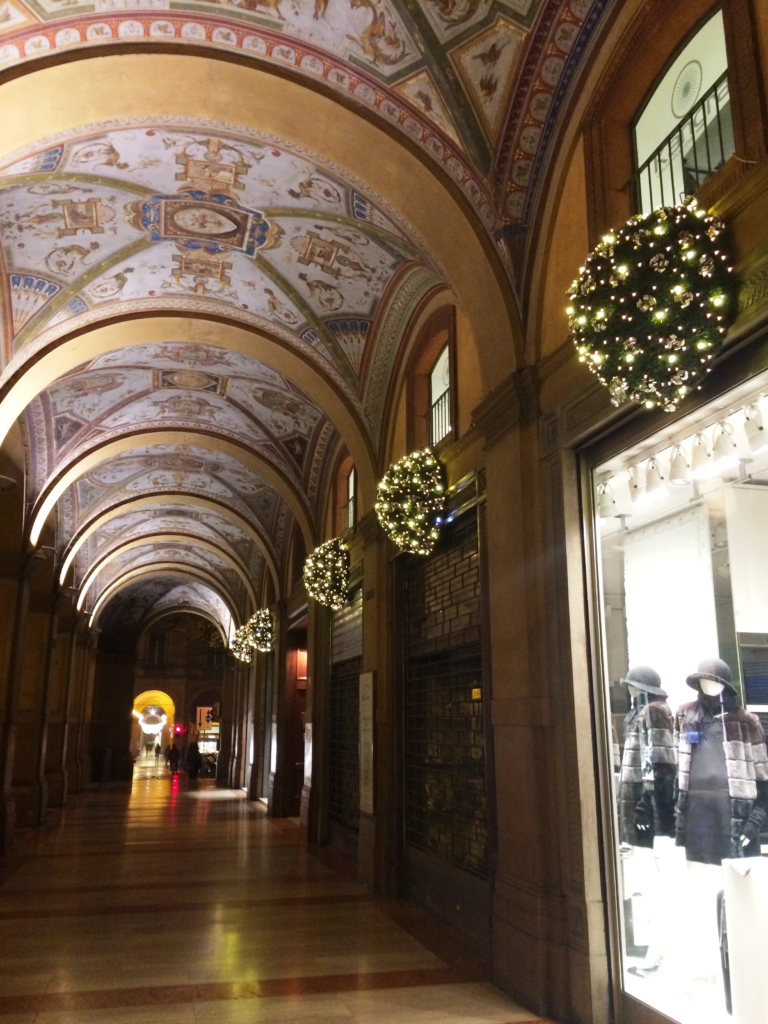 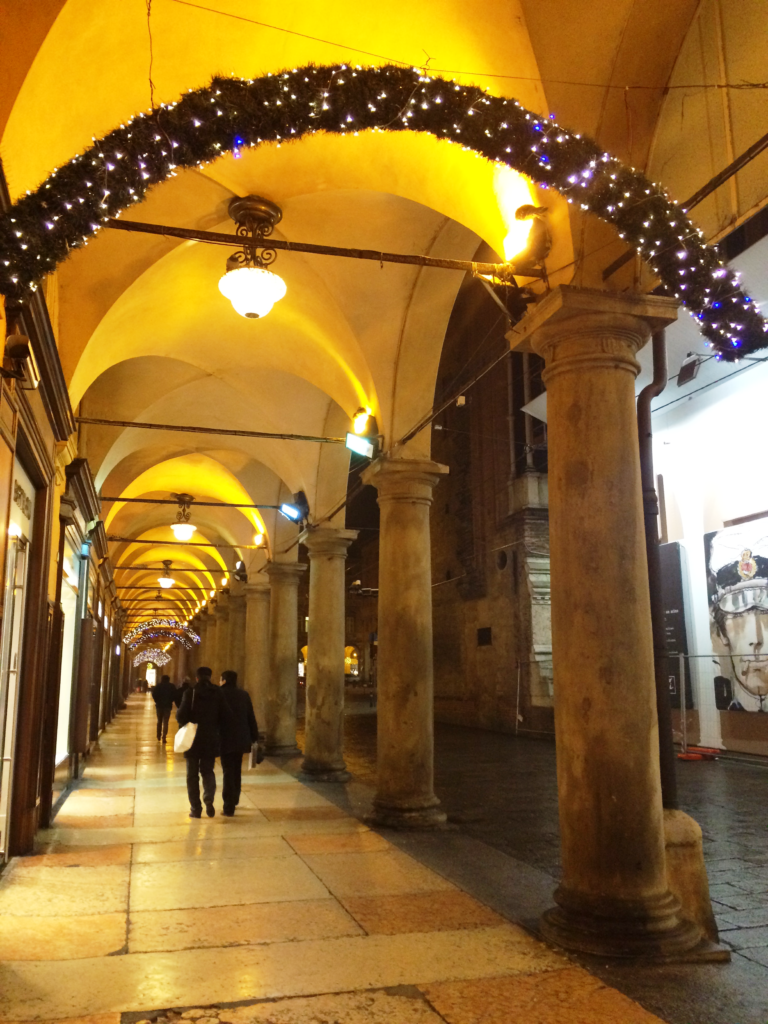 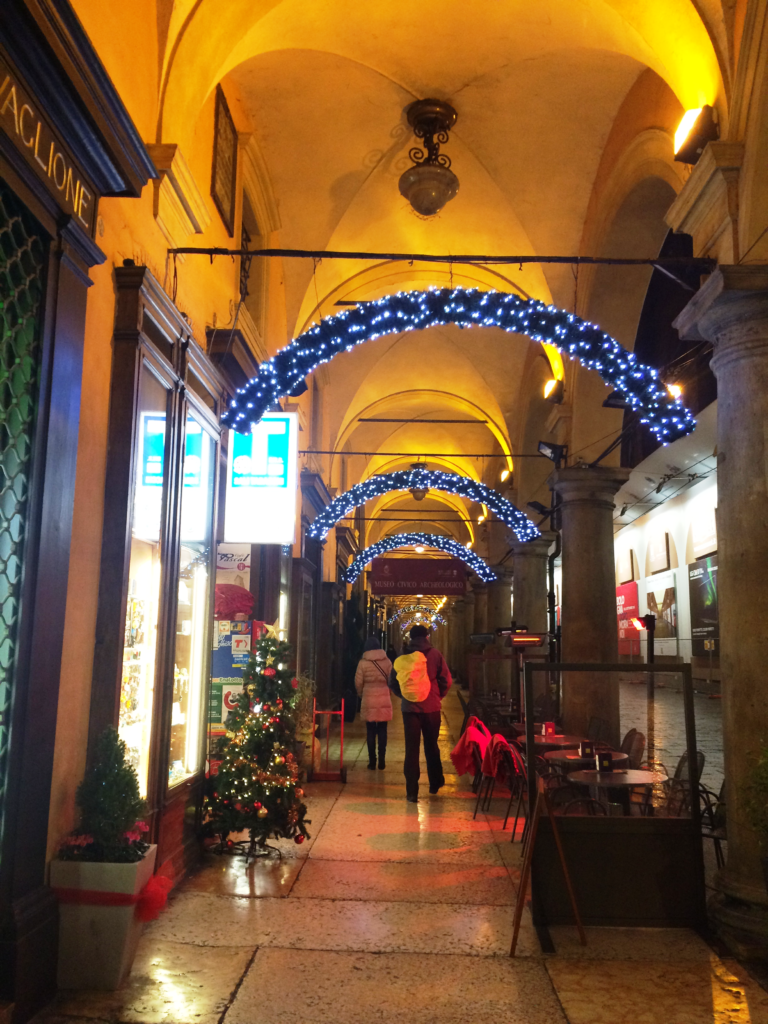 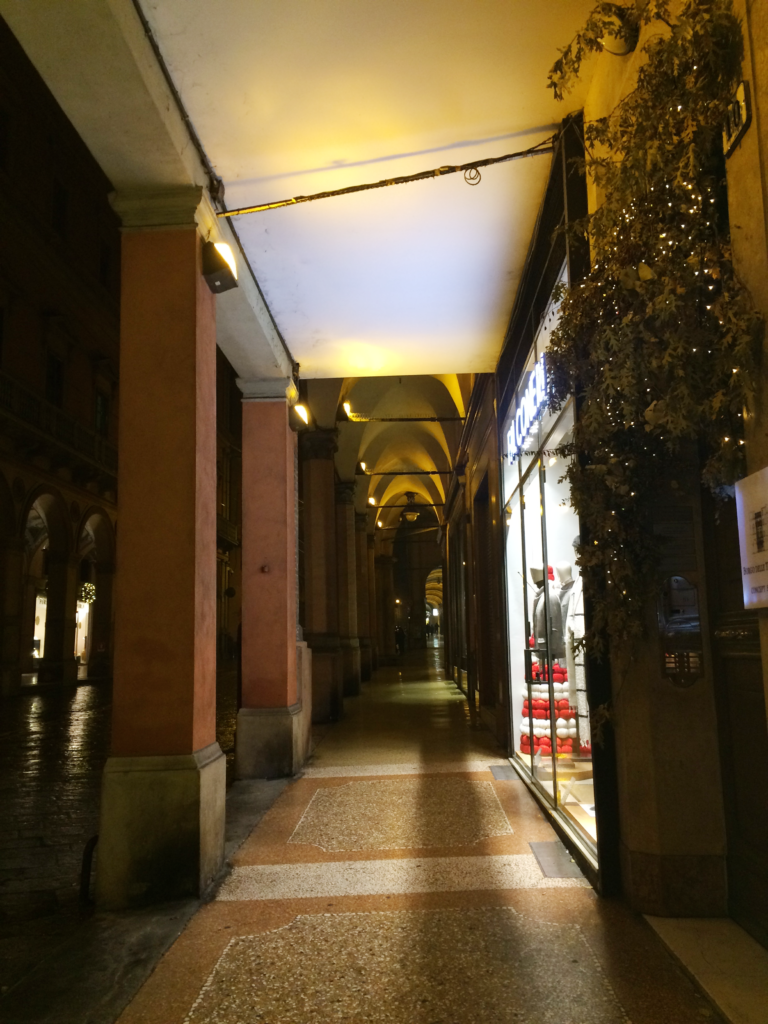 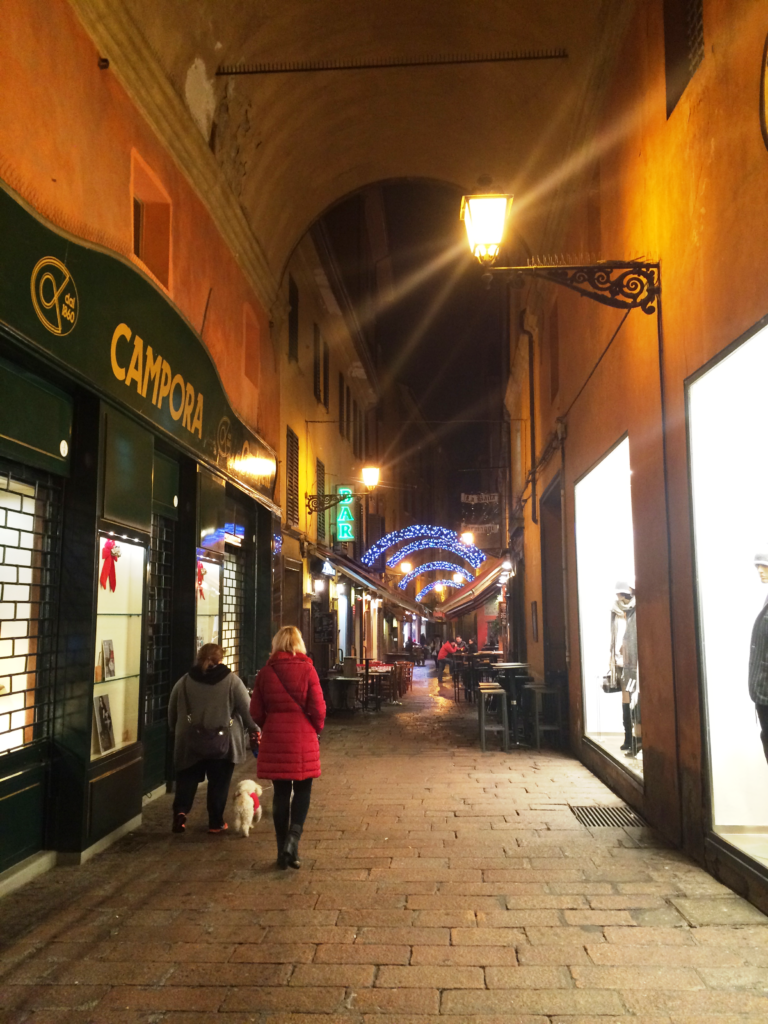