With approximately 61 km2 San Marino is the fifth smallest country in the world and a great destination for a quick getaway. Although it’s not part of the European Union you can enter the country without waiting on the border. From there is just a short drive to the top of Mount Titano and to the capital City of San Marino, officially called the Città di San Marino. You can also park your car at the foot of the mountain and take a cable car uphill. 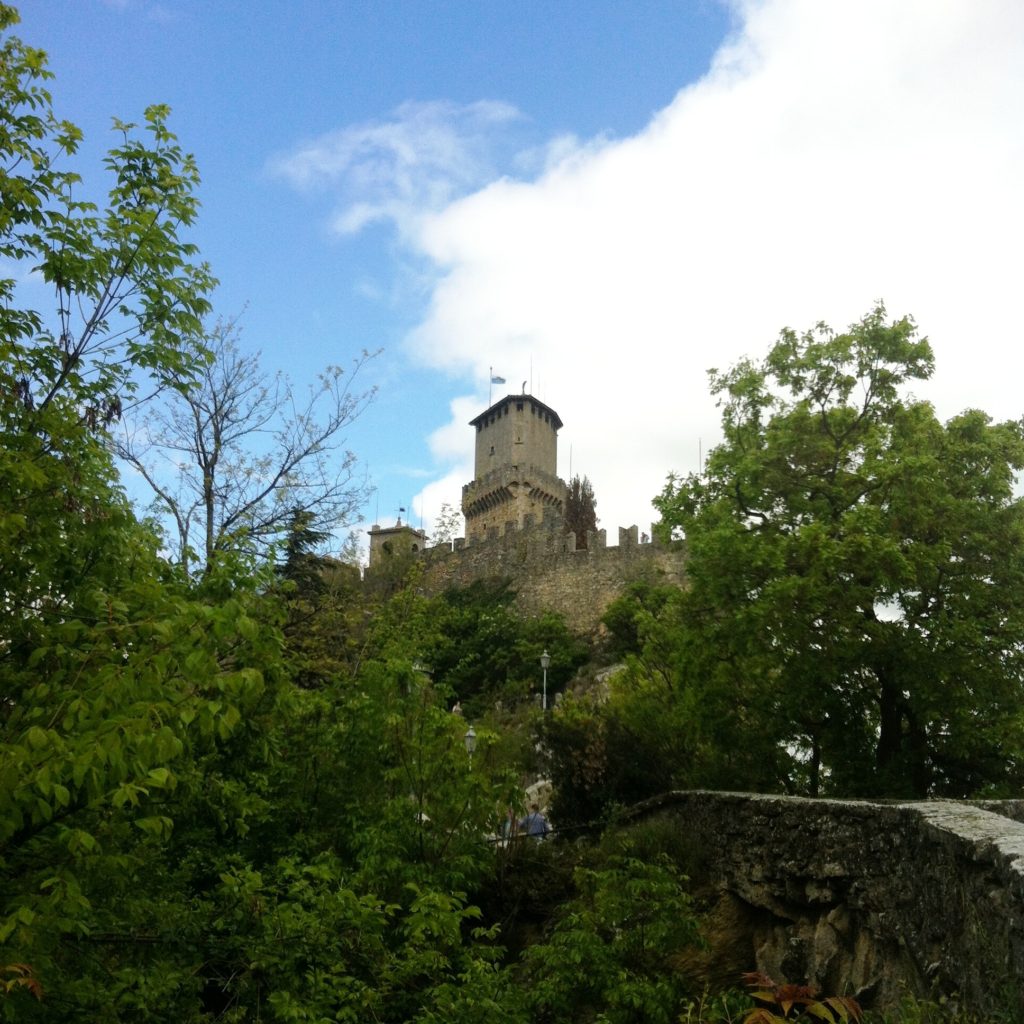 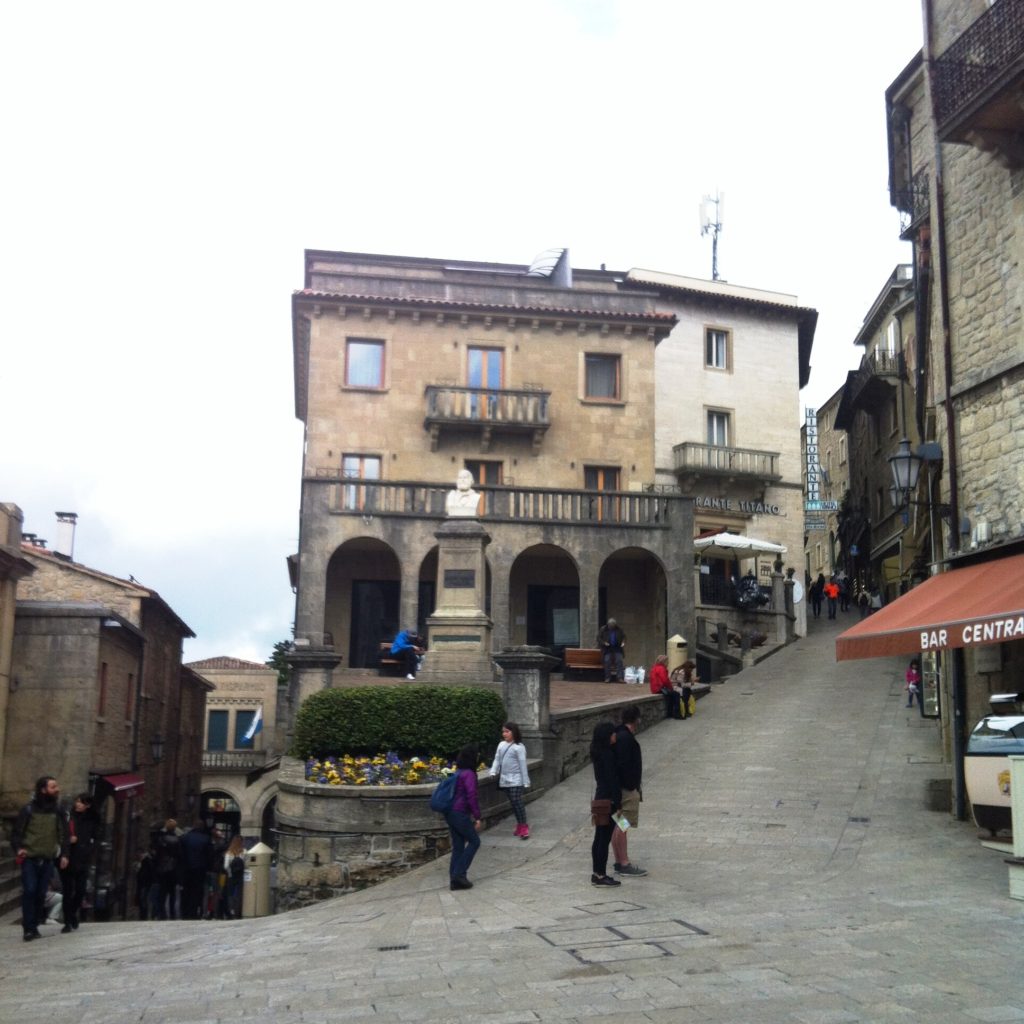 So what you can’t miss while visiting San Marino:

The three fortresses of San Marino – Guaita, Cesta and Montale – spread along Mount Titano and are connected with a paved path. Between them you can also see the remaining of the city walls. Rocca Guaita is the oldest fortress, dating from 1253, and the closes to the town center. Rocca Cesta is with altitude 756 meters the highest and contains a museum of ancient arms. The last, Rocca Montale, is the smallest but in the history it played a strategic defensive role because it has the best position for a look-out post. All three fortresses have a pentagonal floor plan. You can buy a joint ticket to visit the first two fortresses. They use euro as a currency. I visited Rocca Guaita and climbed to its upper tower. It was definitely worth it. 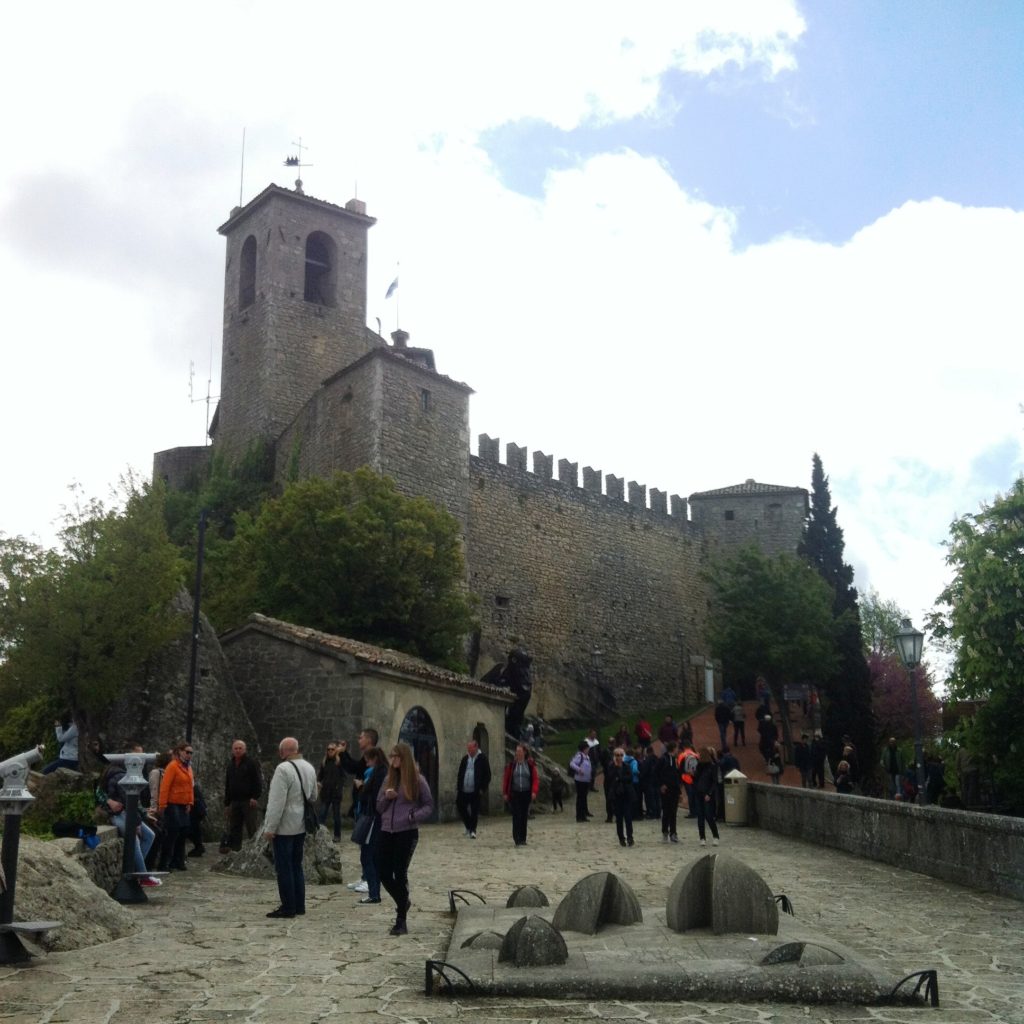 There are breathtaking views at your disposal in all the upper part of the city. On a sunny day you can not only see the whole country of San Marino but also the Adriatic Sea, the Italian city of Rimini, the coastal plain and the Apennines. If you climb one of the towers of Sanmarinian fortresses you can also have splendid view of the medieval city itself. 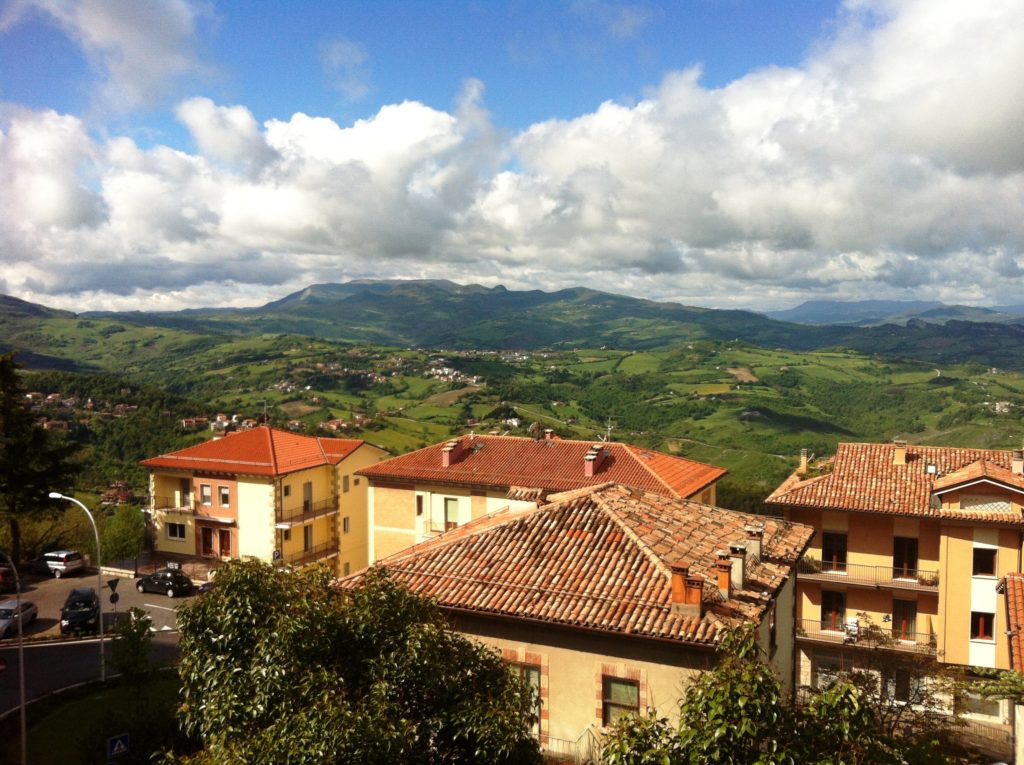 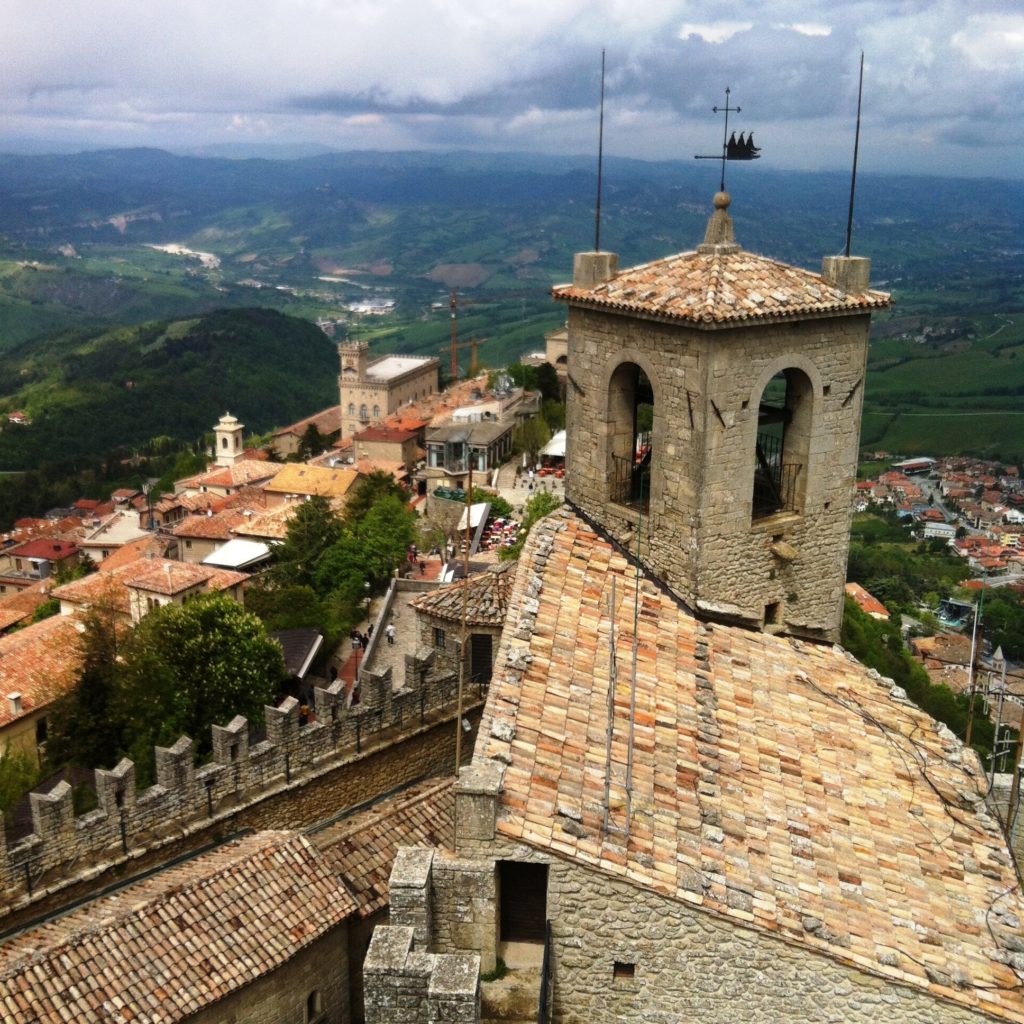 The main square of the City of San Marino Piazza della Liberta is where the Pallazzo Pubblico, the neo-gothic styled Government House, is placed. It was build from the stone of Mount Titano in the late 19th century by architect Francesco Azzurri. In front of the palace the Guardie di Rocca change guard and their uniforms are really colorful. They also don’t mind taking picture with you. You will have to walk the beautiful medieval streets of San Marino to get to this piazza. In the meantime do some windows shopping and remember that San Marino is a duty free zone and known for its leather products. And just a few steps from the Piazza della Liberta there is Basilica di San Marino. Do enter and see its seven altars, statuary and paintings. 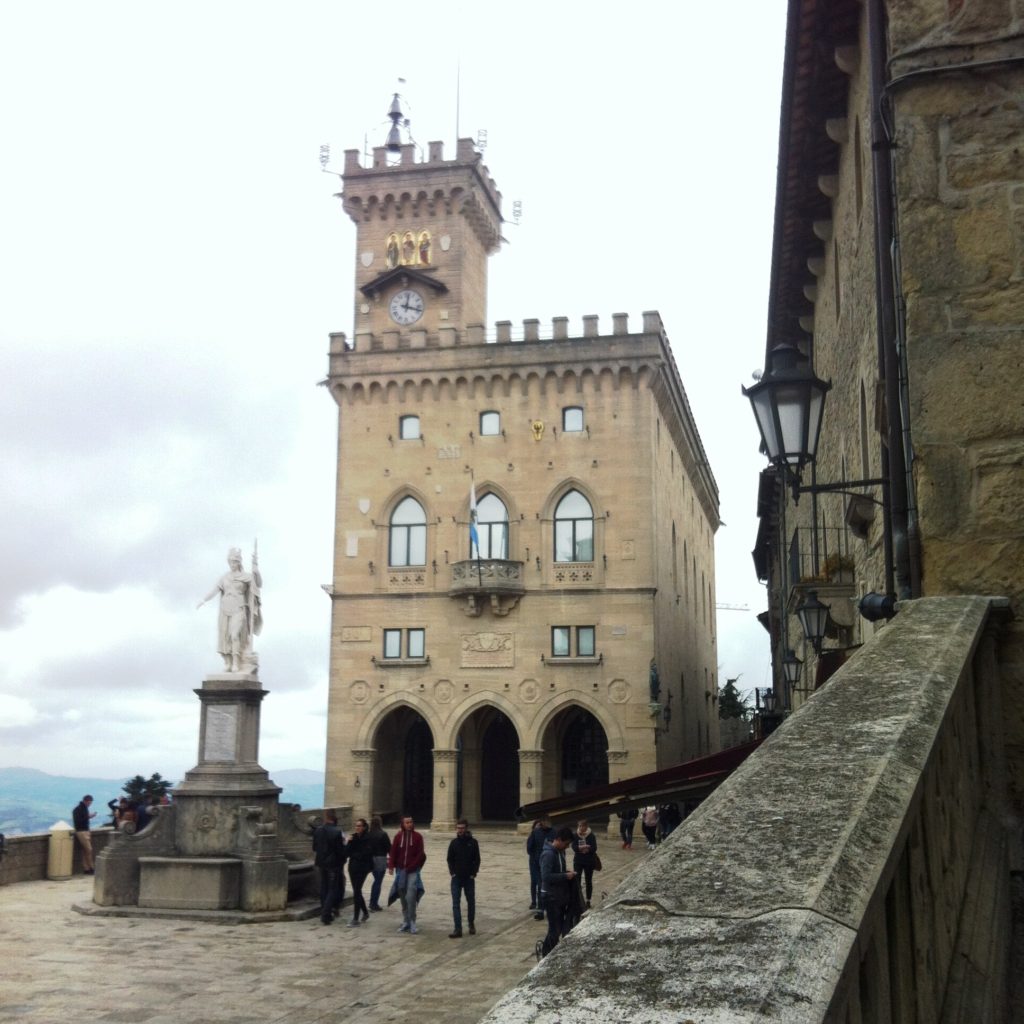 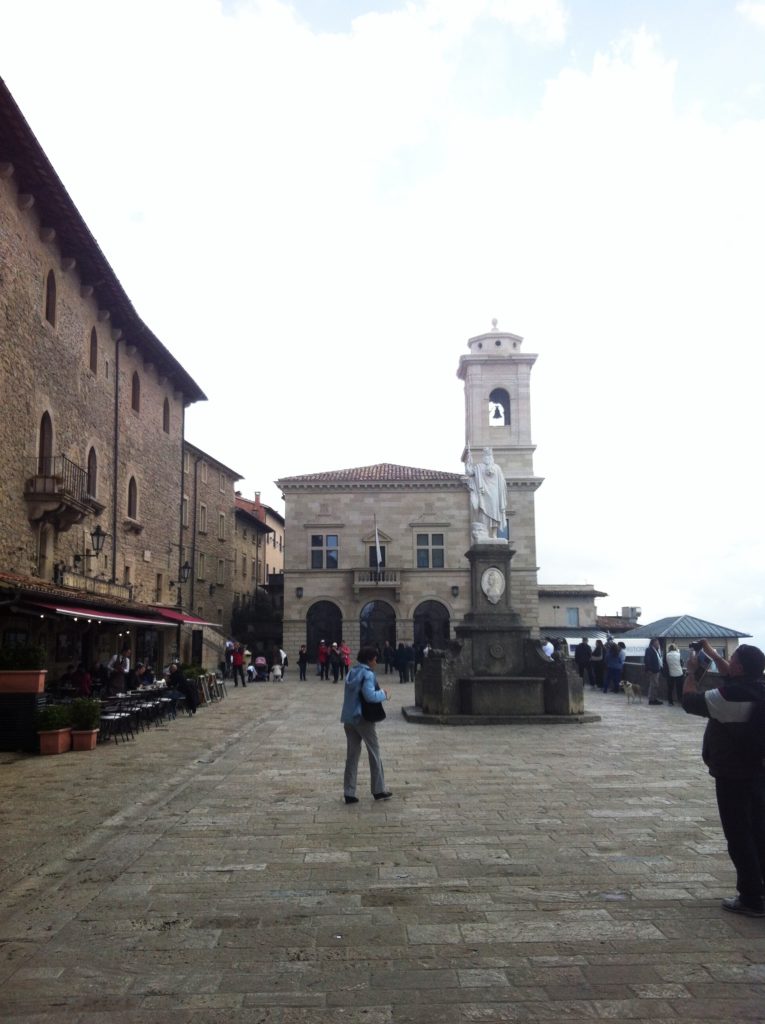 Città di San Marino has many restaurants that offer typical food and drinks from San Marino (which is quite similar to Italian food). So we had to try locally made pasta with calamari and peas which are, as our waiter said, a traditional dish of the country. And they go great with local red wine. 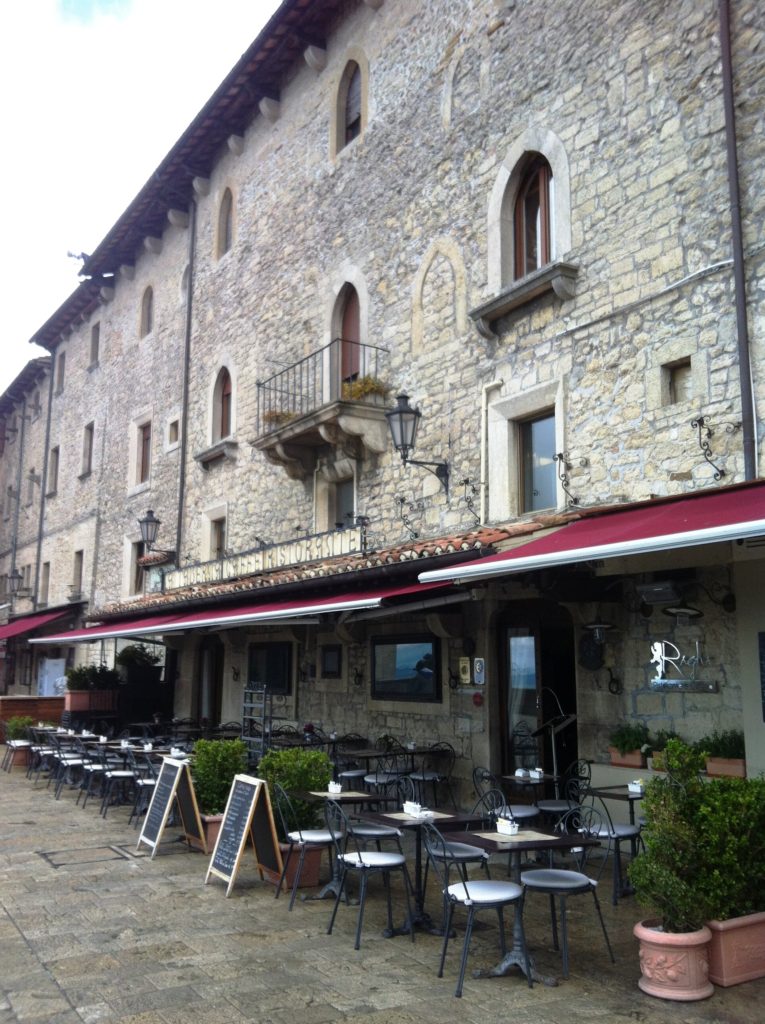 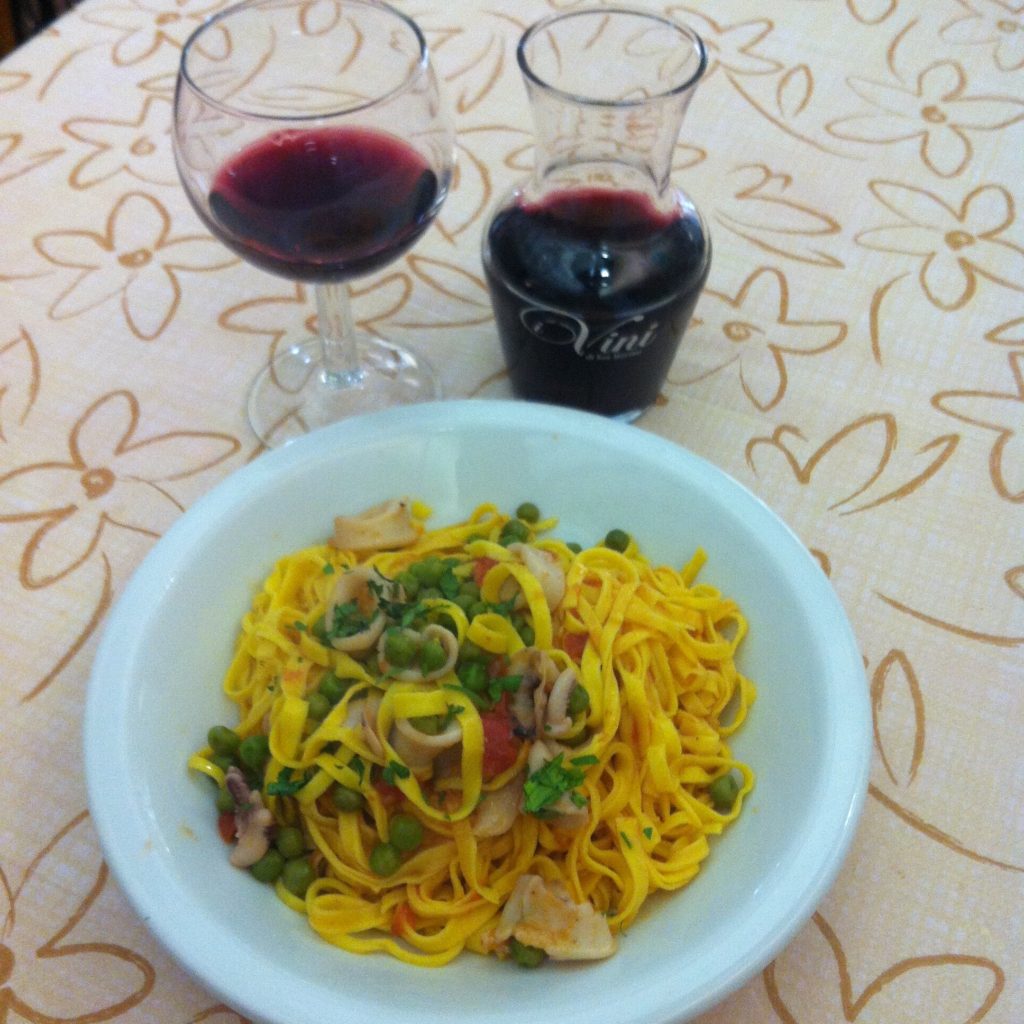 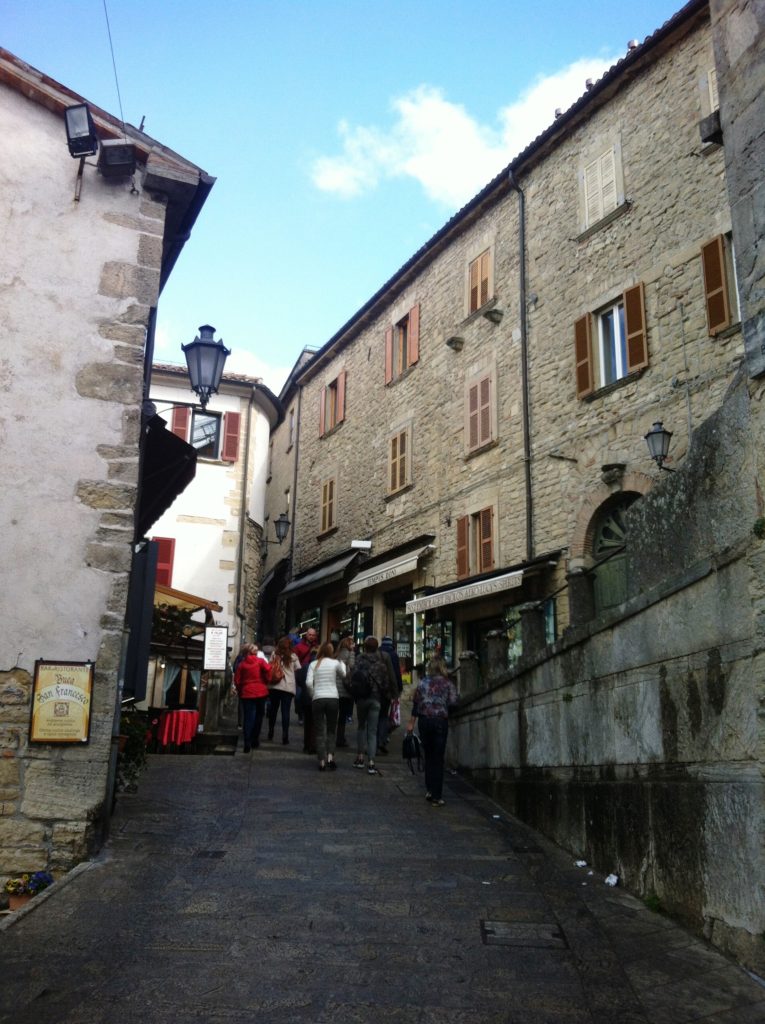 For all who are collecting stamps and visas (and countries) San Marino offers a tourist visa for your passport. You can buy it for 5 Euros at their Tourist Information Office. Of course I had to buy one for myself. It’s really shiny and nice and one of the best souvenirs I ever bought. 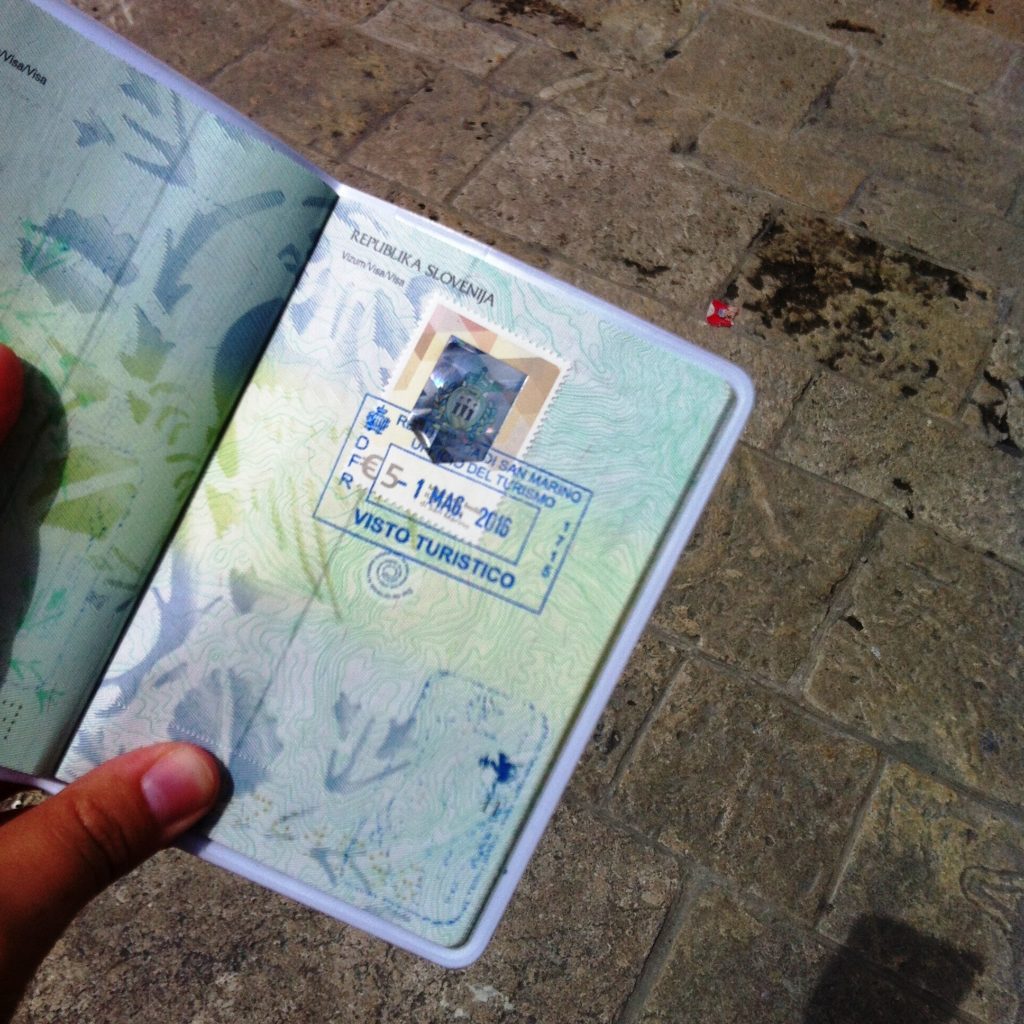 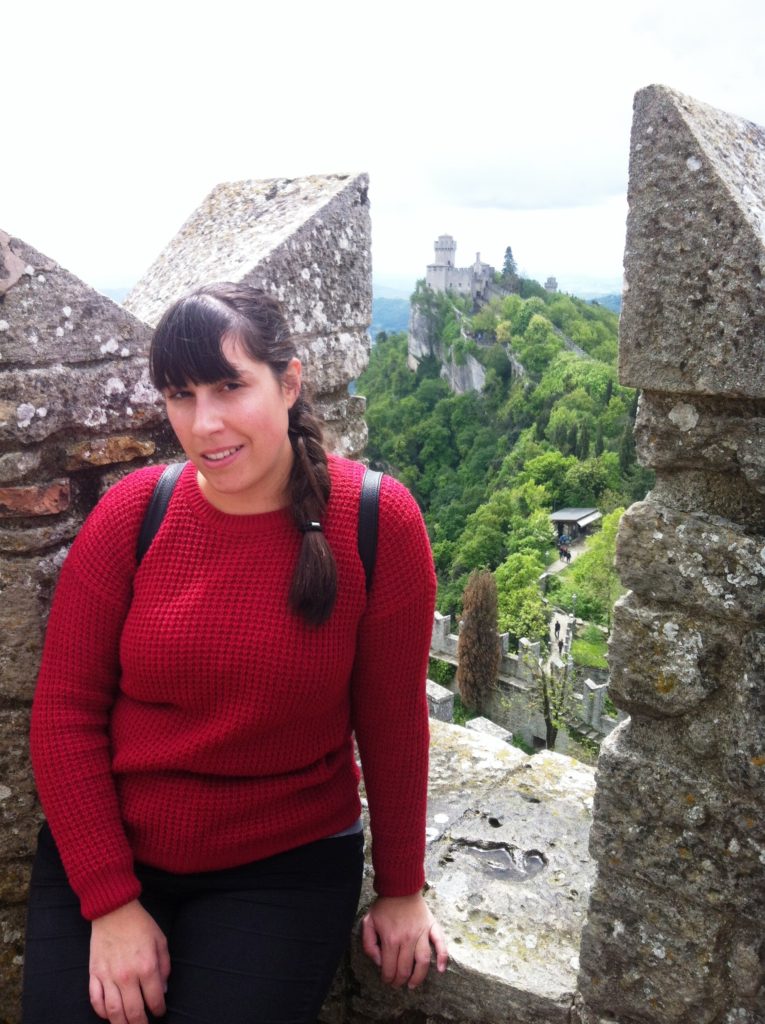