»Three-month state of emergency declared after deadly bombings targeting Coptic churches in Tanta and Alexandria.« (source) Uf, could I read something worse less than a week before travelling to Alexandria, Egypt? Probably not. Did it stop me going there? Absolutely not!

One of the most common questions before travelling nowadays is for sure: “Is it safe going there?” And questions I got before going to Egypt where no different. Especially after the news of bombings of two Coptic churches that took 43 lives and injured more than 100 people. The responsibility for the attacks was declared by the Islamic State of Iraq and the Levant (ISIS). “Are you stupid you will still go to Egypt? Aren’t you scared to go there? What are you thinking?”

So in the light of travelling in uncertain safety situations in the world, I will share with you what am I thinking and still going to a city that had a terroristic attack in the near past. 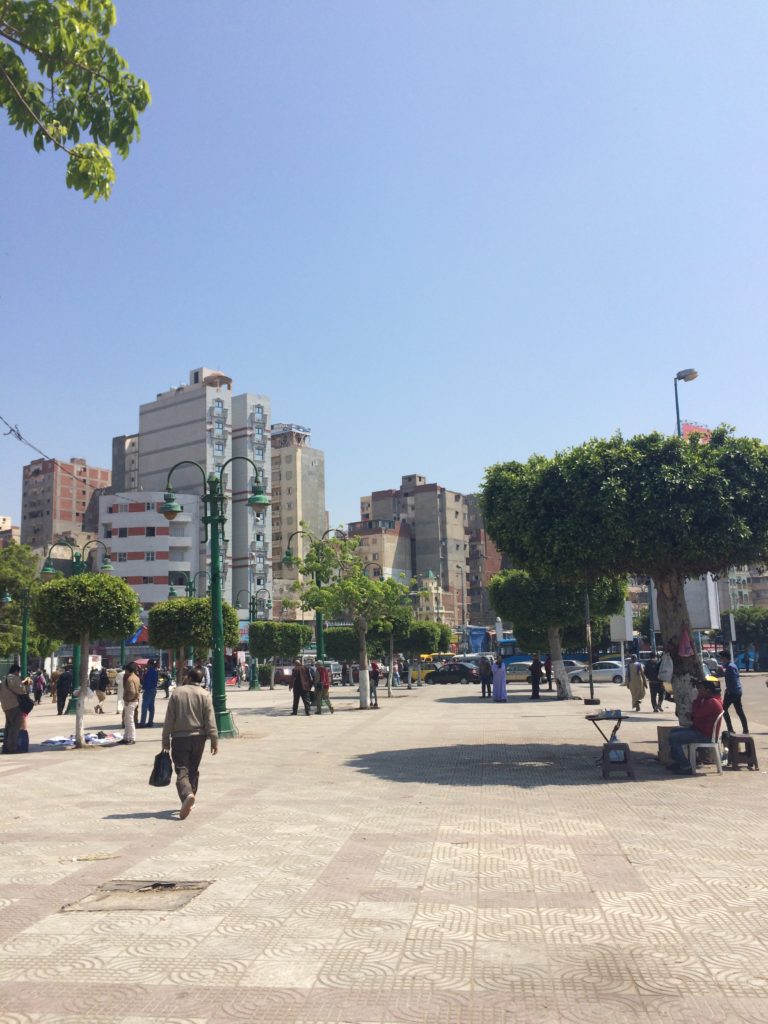 There are increasingly high numbers of terroristic attacks and incidents in the last years. Bombing, stabbing, shooting, suicide bombings etc. are happening all over the world, near and far from our homes. How much time has to pass for a country to be cleared of being unsafe after a terroristic attack? Belgium, France, England, Germany, Turkey, Afghanistan, Pakistan, India, Russia, Israel, Iraq, Egypt and many other countries have all been victims of terrorism. Consequently, ministries of foreign affairs are warning its citizens not to travel to certain countries or certain parts of countries. In concrete, Slovenian Ministry of Foreign Affairs writes about Egypt: “The ministry advises against travelling to certain parts of Egypt, especially to wider area of Cairo and Alexandria.” (source)

So why all this didn’t stop me from going to Egypt?

I firmly believe that if you are travelling using your head, always taking normal safety precautions and trusting your gut, you can go anywhere.

Of course I do not travel to war zones, but avoiding destinations, which recently had terroristic attacks, means staying at home. And staying at home produces more people believing in stereotypes and fearing the outside world. I honestly believe that travelling is essential for broadening your horizons, becoming aware of the world, other cultures, habits, languages. And you may not agree with everything you see, but you will know that for others their culture and habits are as normal as yours are for you. With at least trying to know and understand them, you make a possibility of conflict smaller. What is more, with travelling you become more aware of yourself and of your country. You can compare the good and the bad. Bad things can happen anywhere, you can get hurt walking the street of your home town. But there is more possibility that a good thing will happen. A good thing that will enrich your life in ways you could not imagine before.

While travelling in Egypt I visited Cairo and took a train to Alexandria. The train even stopped at Tanta train station. And I felt perfectly safe at all times. People were friendly and helpful, I did not see a lot of police on the streets. There were detailed checking of people entering most important touristic sites; they checked my bag and I had to enter through metal detector to go to the Egyptian Museum for example. However, as a tourist more surveillance and police on the street does not bother me. If the safety is elevated, it can only help me stay safe in every circumstance.

So don’t stay at home. Go out and explore, get to know other cultures, be aware of different situations people are living in and use your head for staying safe!

P. S.: I also commented this topic for the Slovenian national TV station RTV Slovenija, so fell free to check it out. However, the article is in Slovenian.