This weekend I spent exploring German city Munich, the capital of Bavaria region. I was really lucky and had sunny spring-like weather and discovering the best spots of this city was an extra pleasant experience. So, what to do in Munich if you have a day and a half? 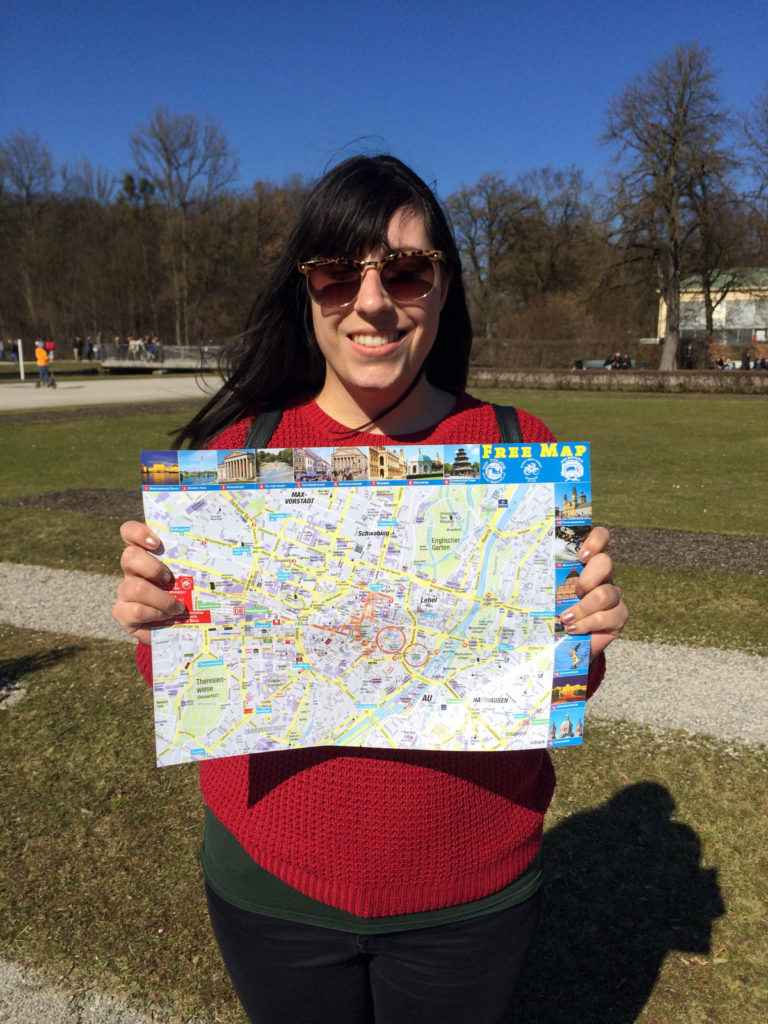 Munich’s square Marienplatz in the Old Town Altstadt has been the main square of the city since the beginning of the 12th century. Here you can admire beautiful architecture of New City Hall (Neues Rathaus), Old City Hall (Altes Rathaus) and Mary’s Column. The tower of the New City Hall, named the Glockenspiel, offers a 12-minutes spectacle of moving figures ever day at 11 am, 12 am and from March to October also at 5 pm. It shows stories from Munich’s history. However, in my opinion, it’s not that spectacular so if you miss it don’t stress out. Surrounding streets leading to Karlsplatz are full of shops and restaurants. 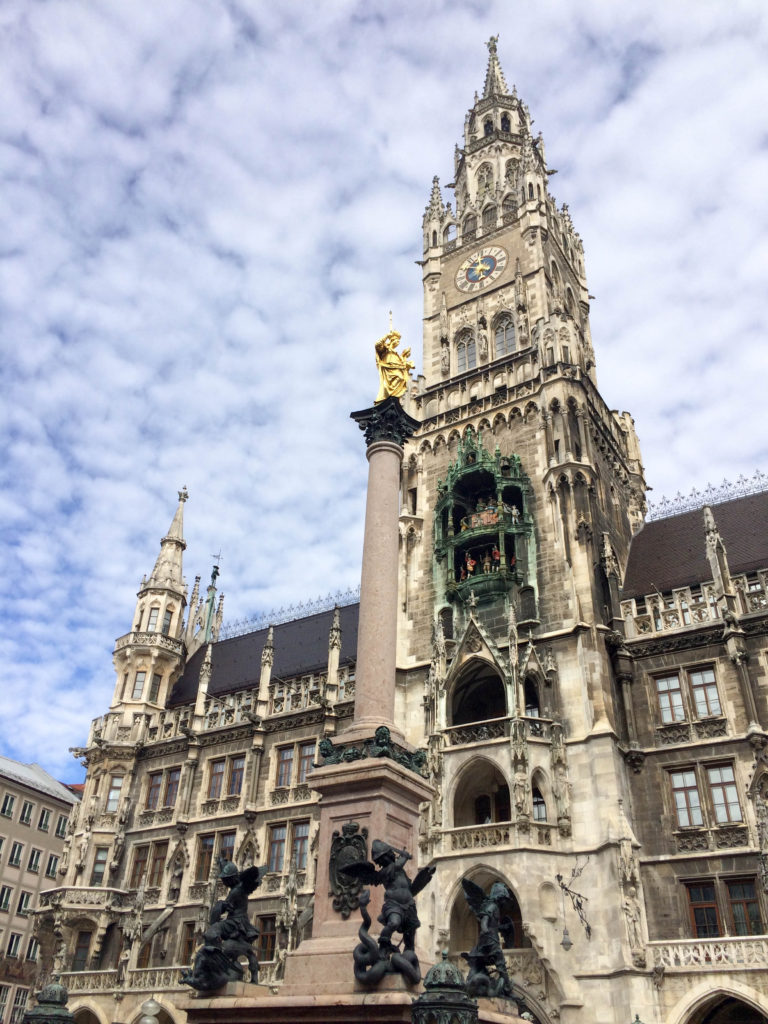 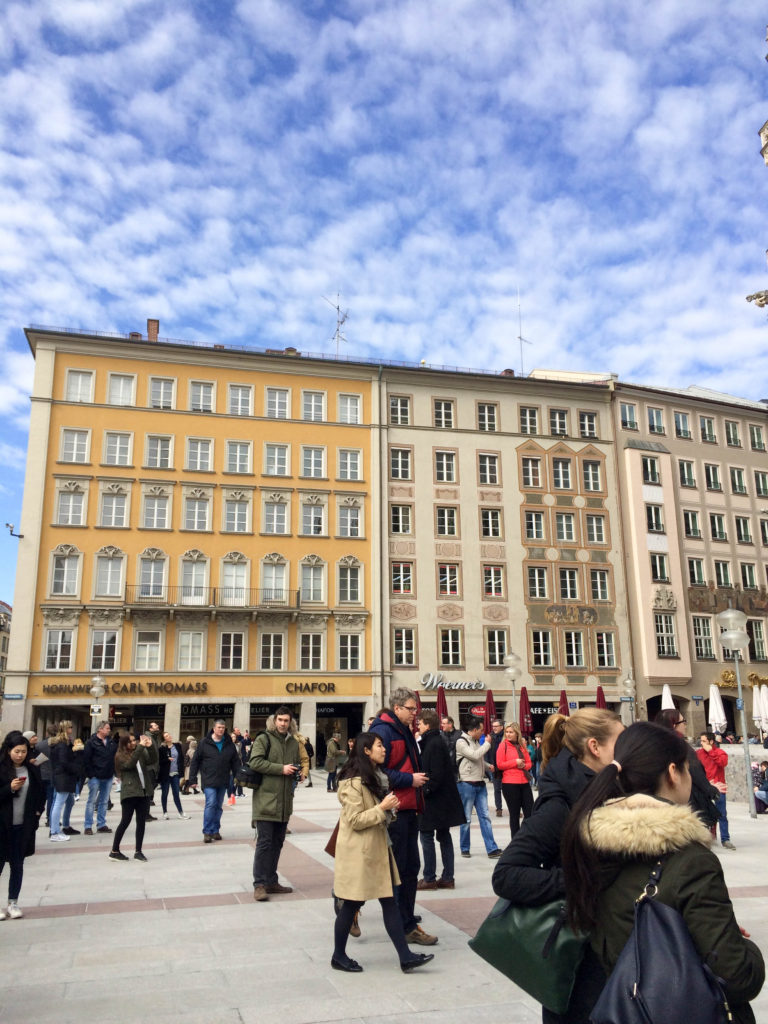 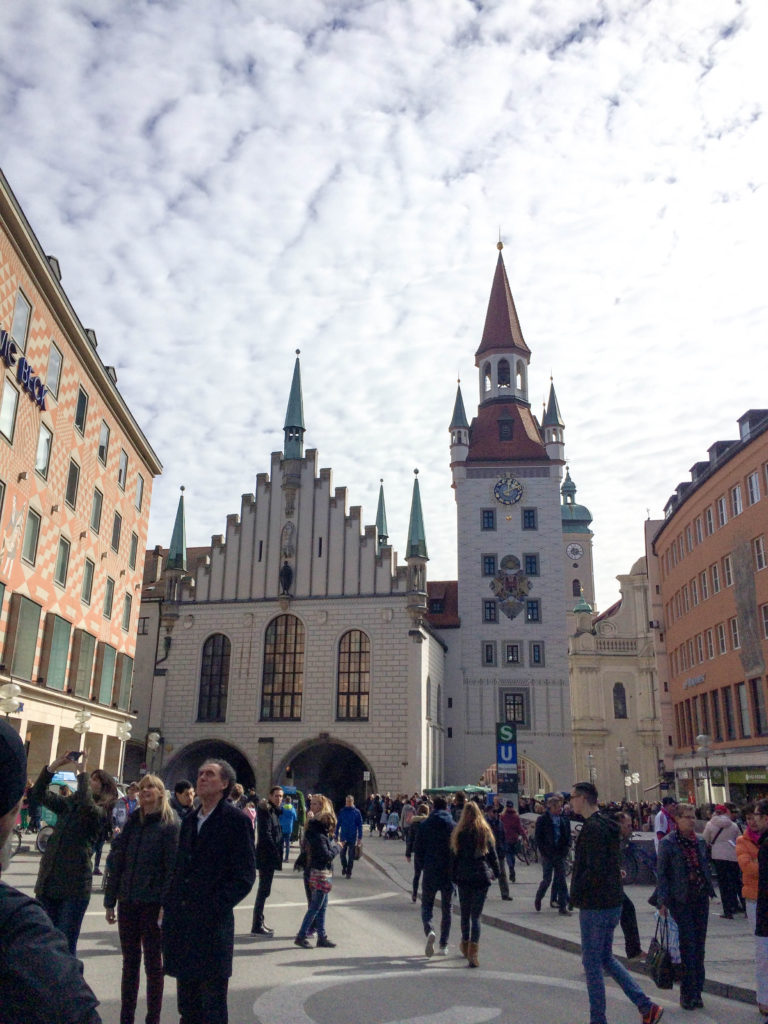 Lively food market Viktualienmarkt is a perfect spot to buy some gourmet food, like exotic fruit, vegetables, chees, fish, meat, bread, spices, wine and also flowers, handmade products and fresh juice. So buy yourself a glass of the latter, sit on the sun or walk around 140 stalls and admire their offer. 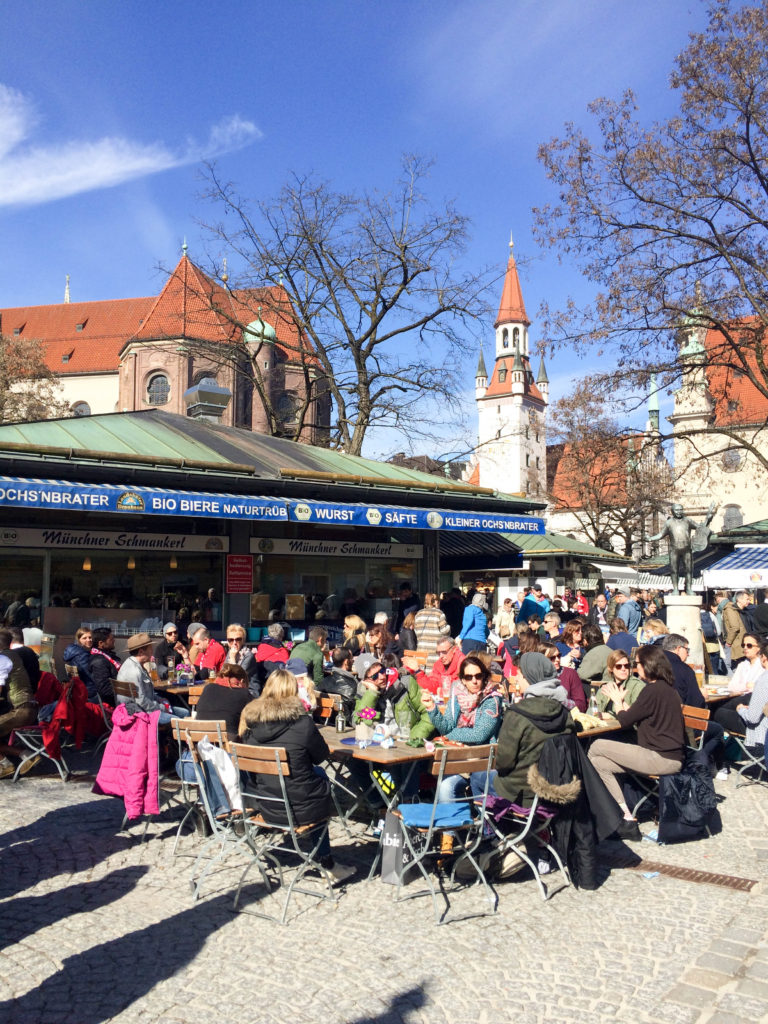 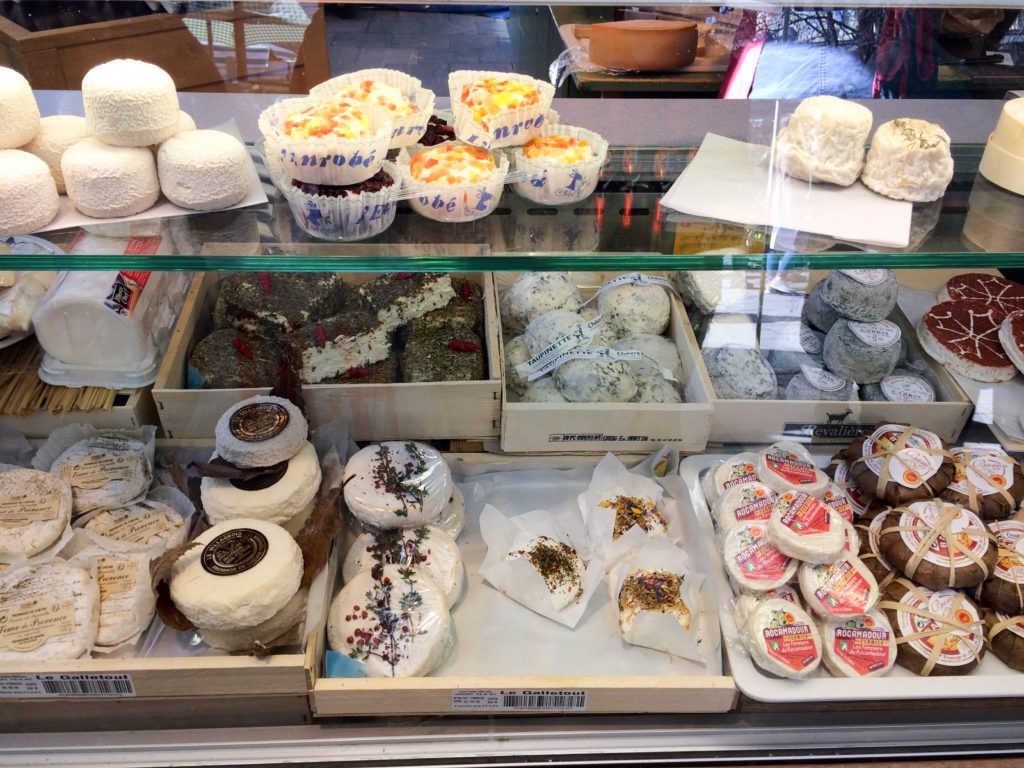 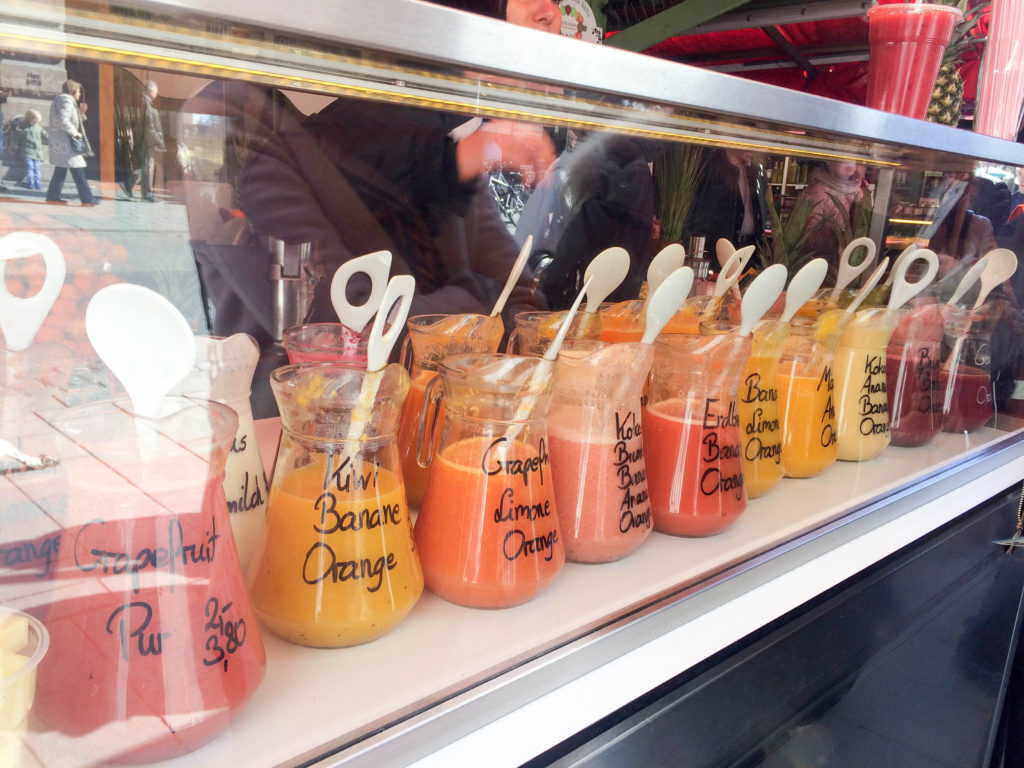 Climb to the top of St. Peter’s Church for the best view of the city

This oldest church in the city Peterskirche has a 91 meters high tower from which you can get a great 360 degrees view of Munich. However, first you have to climb 299 steps to the top! Yes, you read right, 299 steps, but the view at the end is well worth it! It’s the best spot to see Marienplatz and Viktualienmarkt from the top, at sunny days you can see all the way to the Alps. 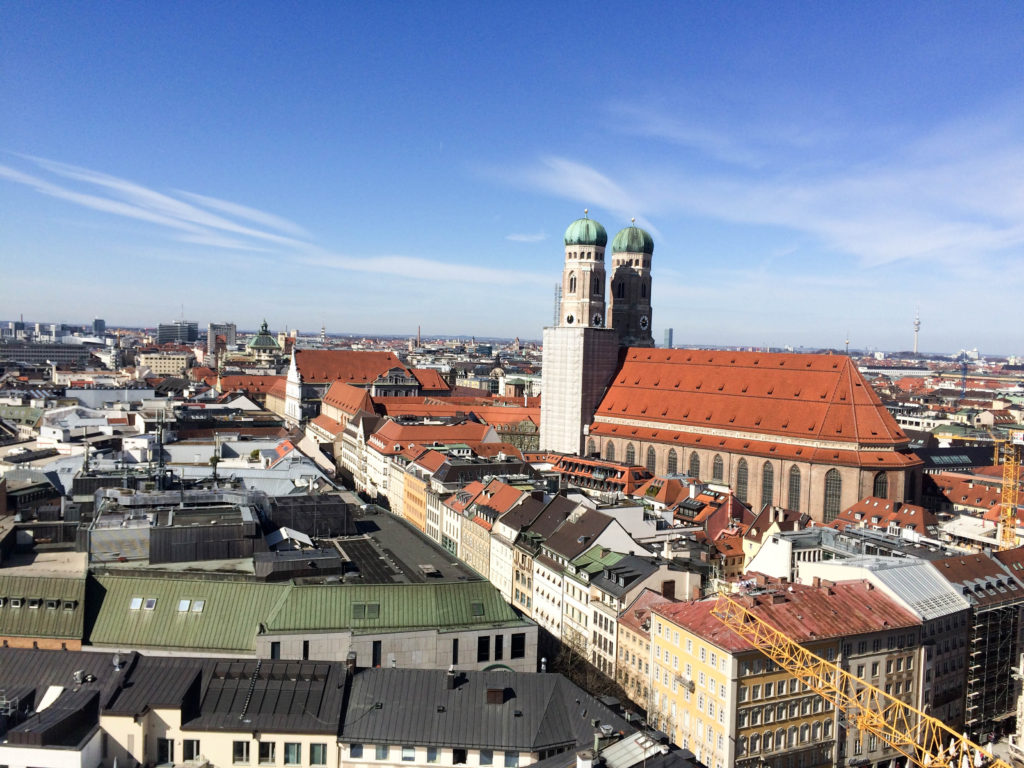 Probably the most known beer hall in Munich, Hofbräuhaus am Platzl, was originally build in the end of the 16th century. Beside German beer they offer typical German food, like pretzel, bratwurst and weisswurst. It is also known for the beautifully painted ceiling, giant Festival Hall and if you go above the stage in this hall, there is a small museum of Hofbräuhaus’ history. 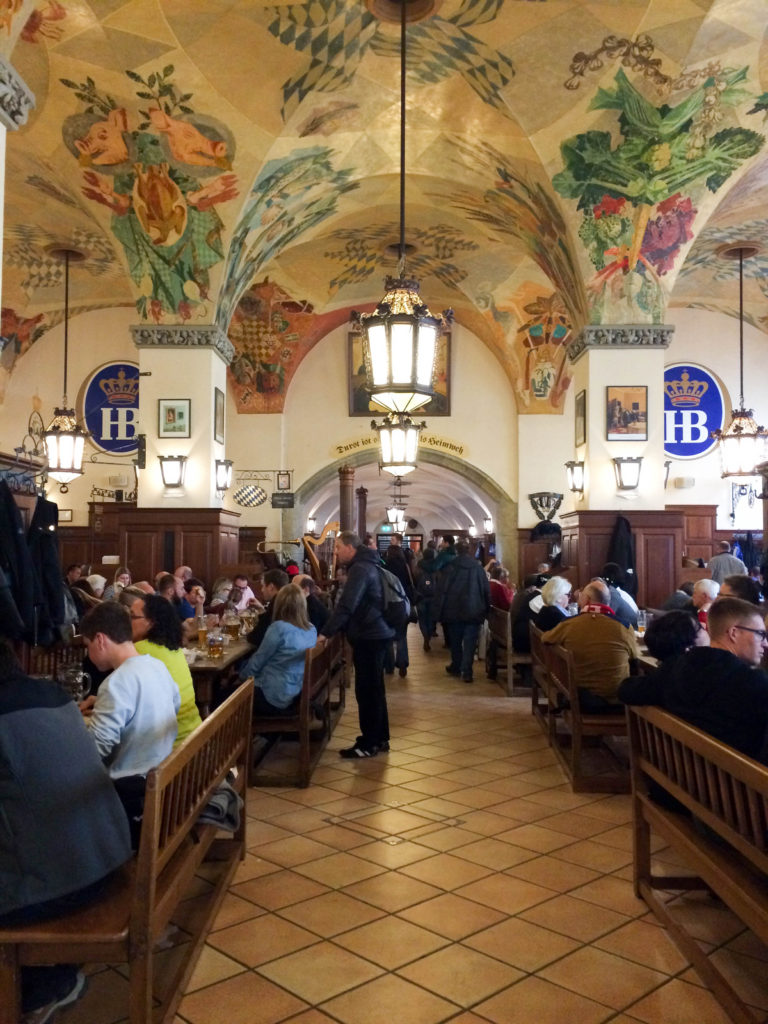 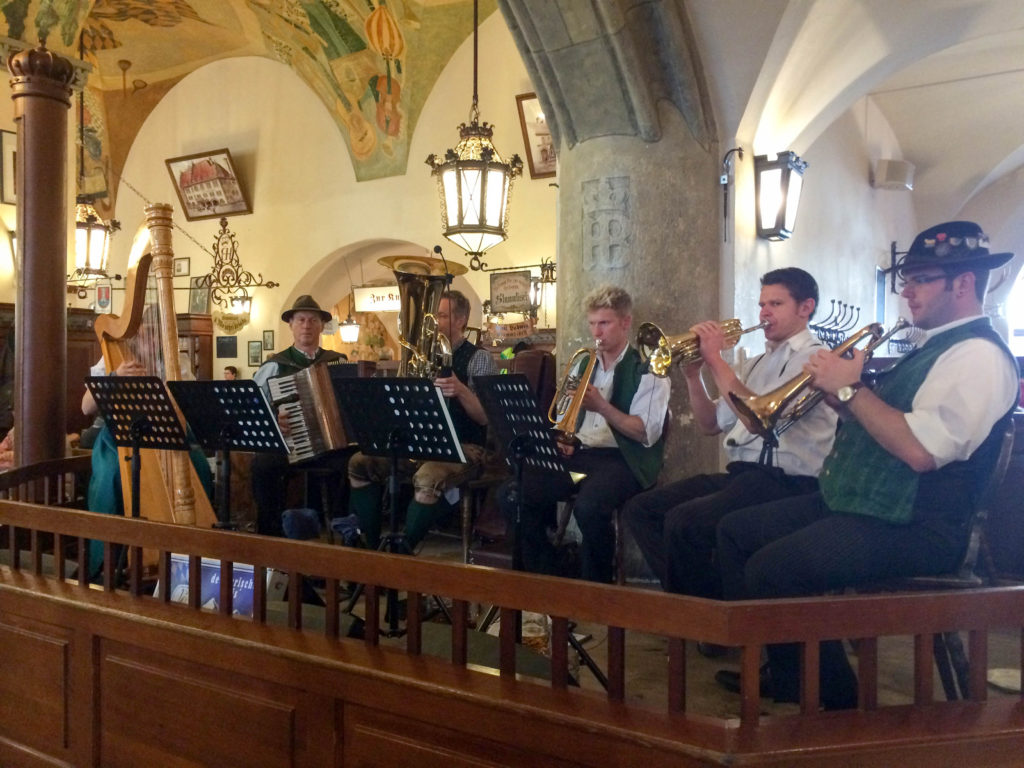 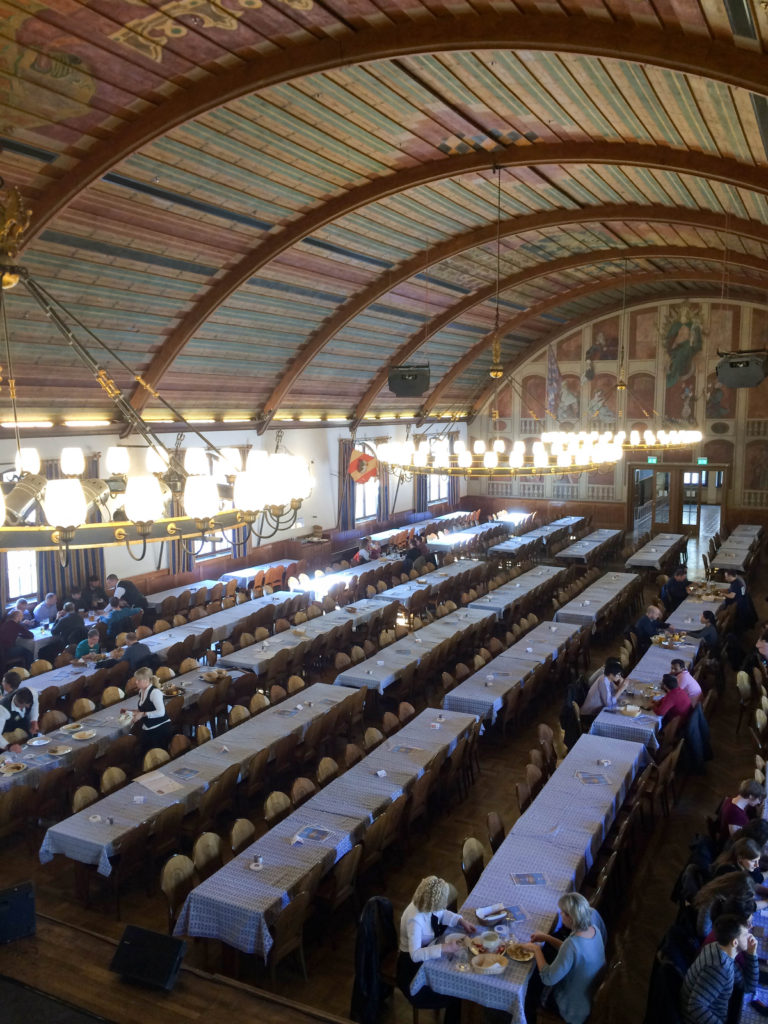 This central Munich’s square is home to National Theatre Munich, Munich Residenz and Palais Toerring-Jettenback, all very beautiful buildings. In the middle you will find monument of king Maximilian I Joseph of Bavaria. This square is also the start of my favourite street in Munich – Residenzstraße. Its aristocratic buildings are worth being admired. 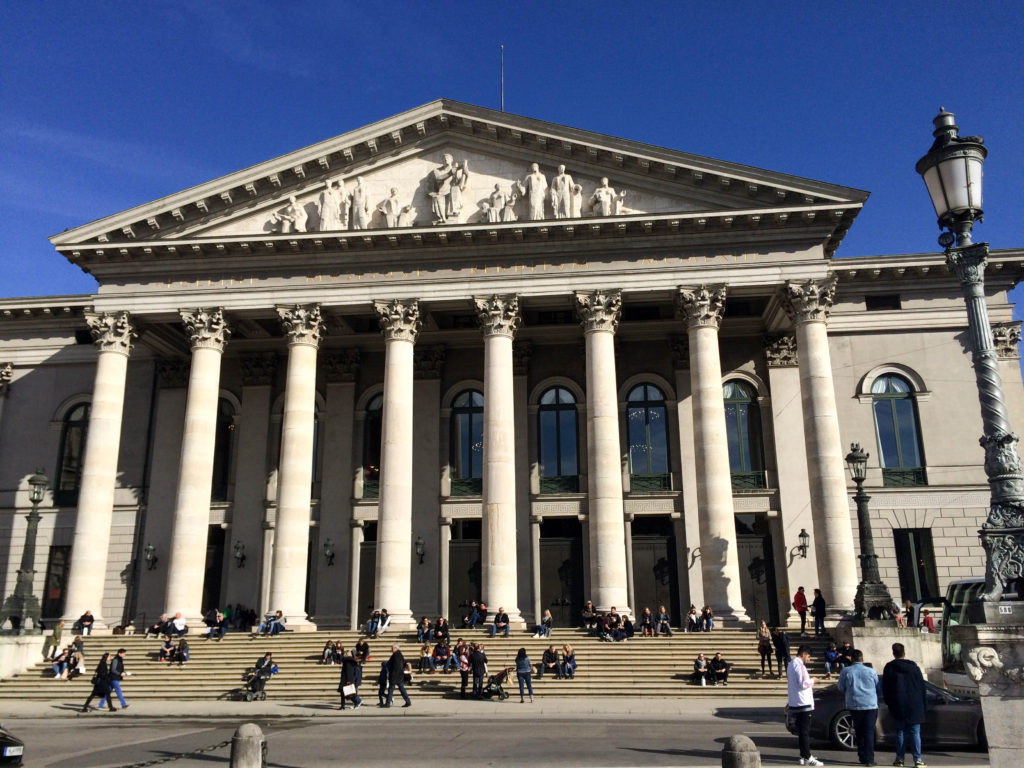 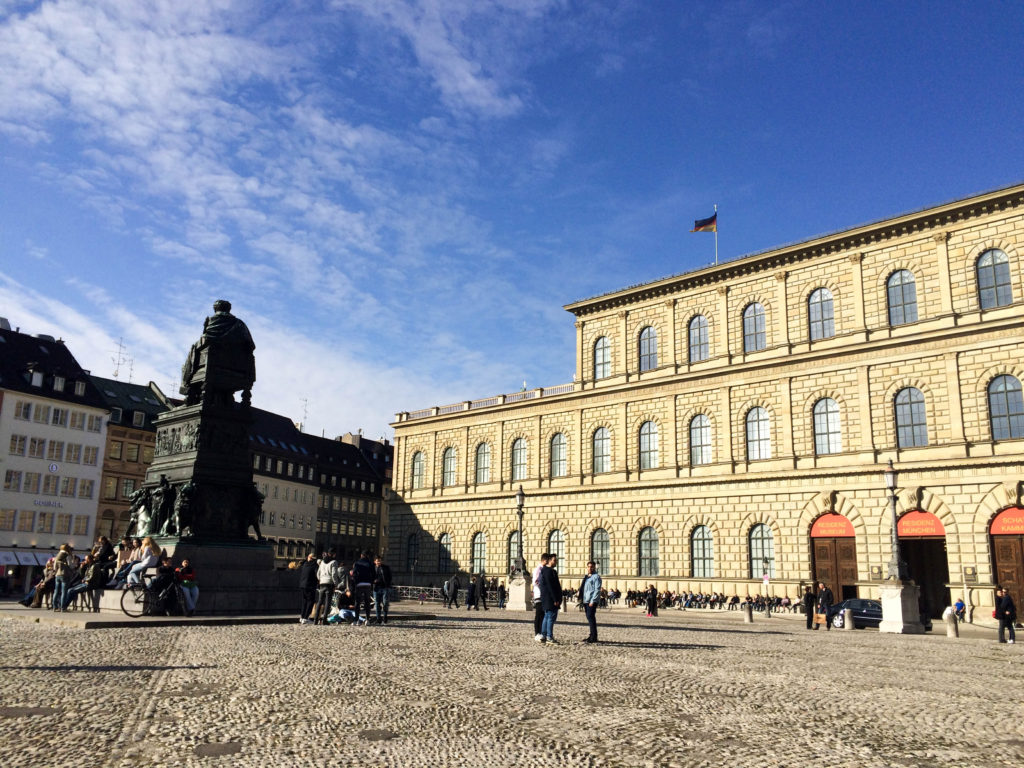 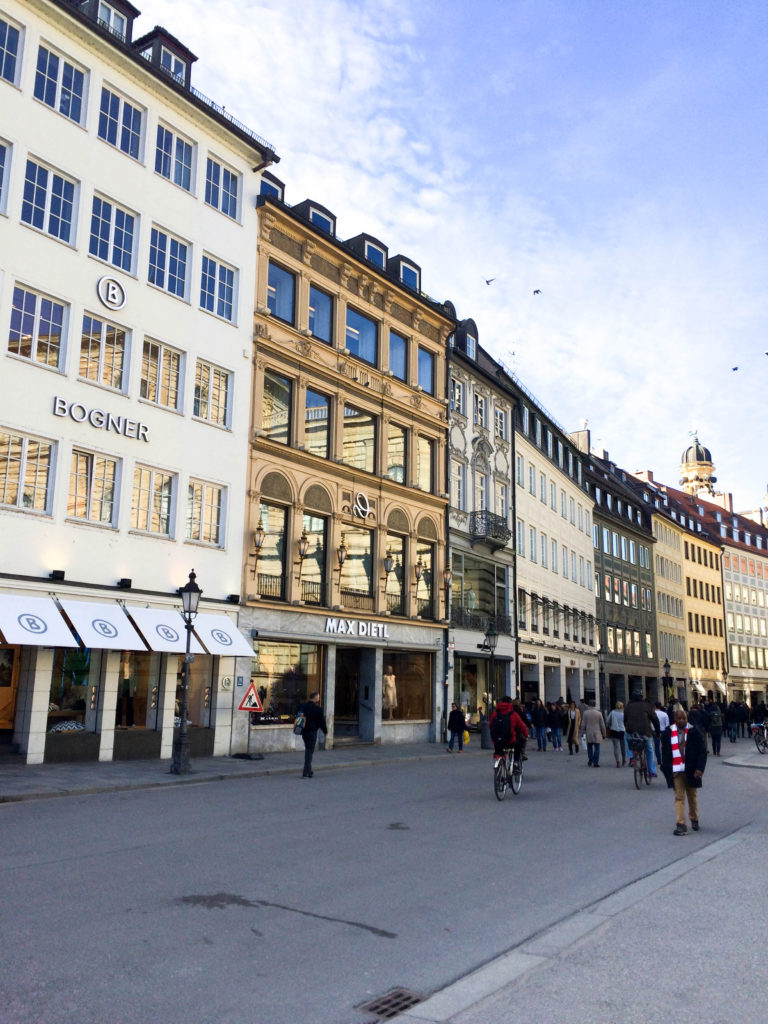 Enjoy the sun at Hofgarten

Court Garden, as Hofgarten is called in English, is a perfect little green oasis in the middle of the city. The best place to sit on the bench and watch people walking by. In the middle there is beautiful pavilion of goddess Diana, on the one end you will find Odeonsplatz and on the other impressive Bavarian State Chancellery. 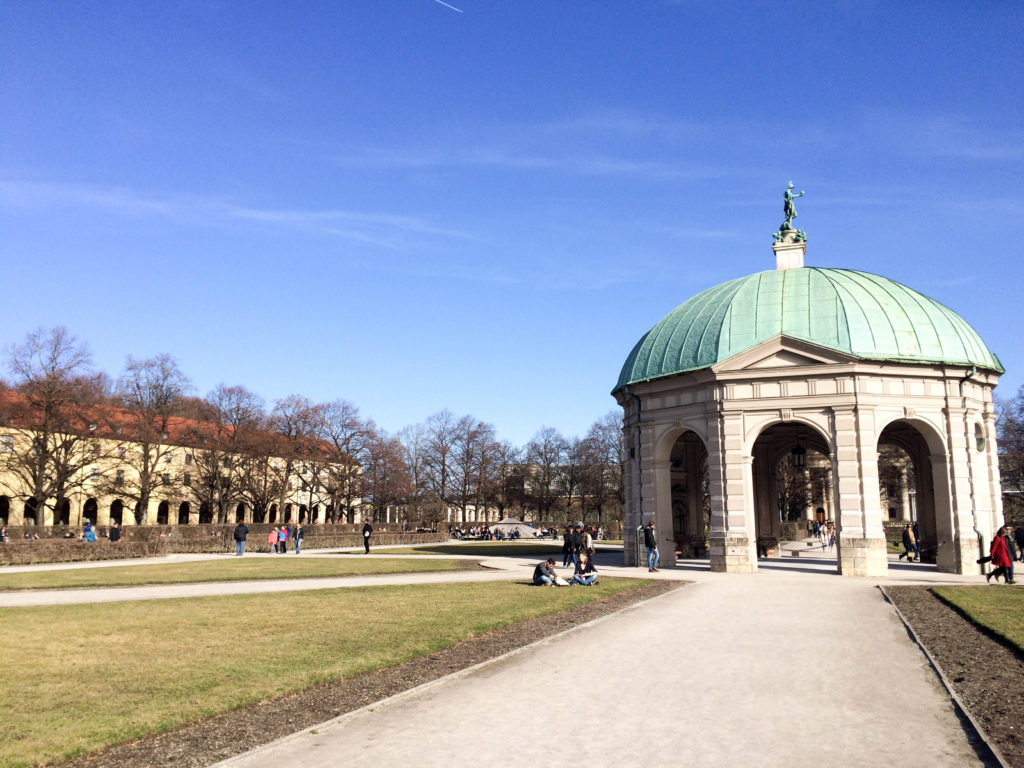 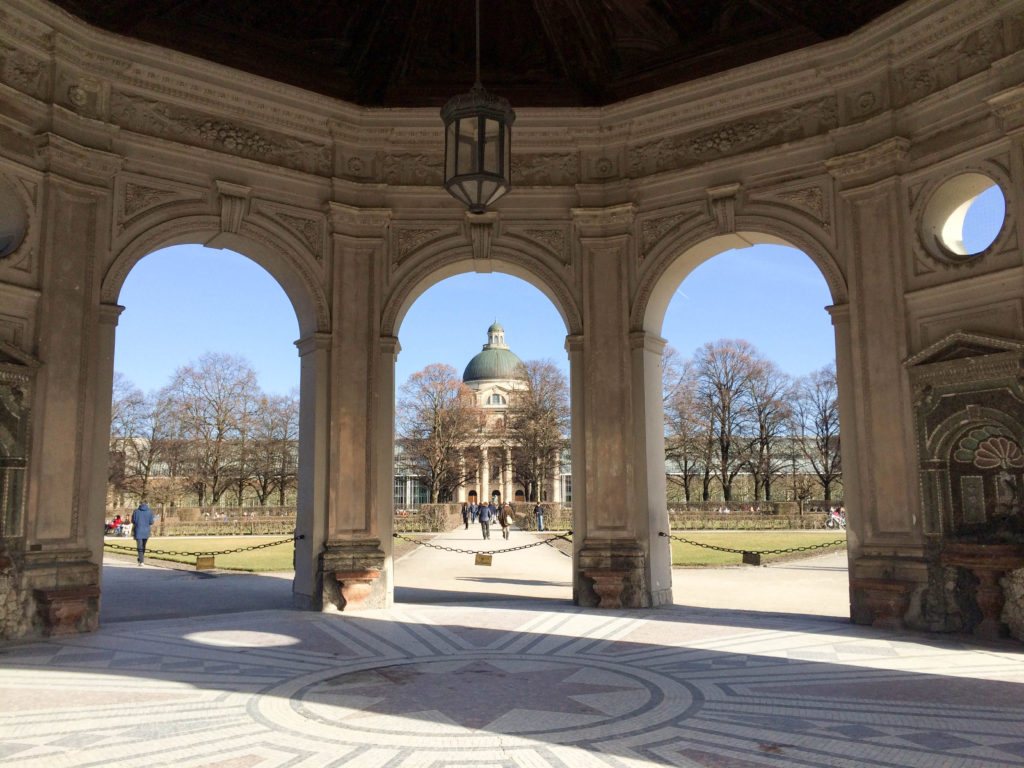 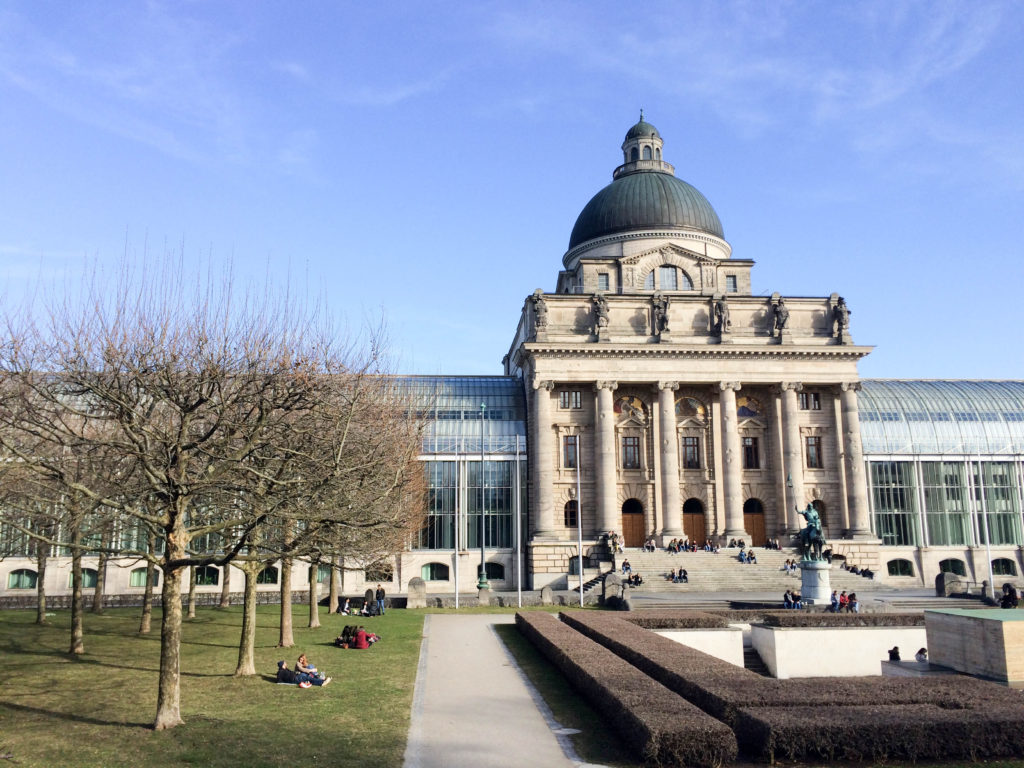 Watch the surfers at Eisbachwelle

Eisbach river flows through famous Munich park English Garden and it’s a side arm of the Isar River. But the best part of Eisbach river is Eiscbahwelle where experience surfers ride the waves in the middle of the city! Absolutely a must see spot! 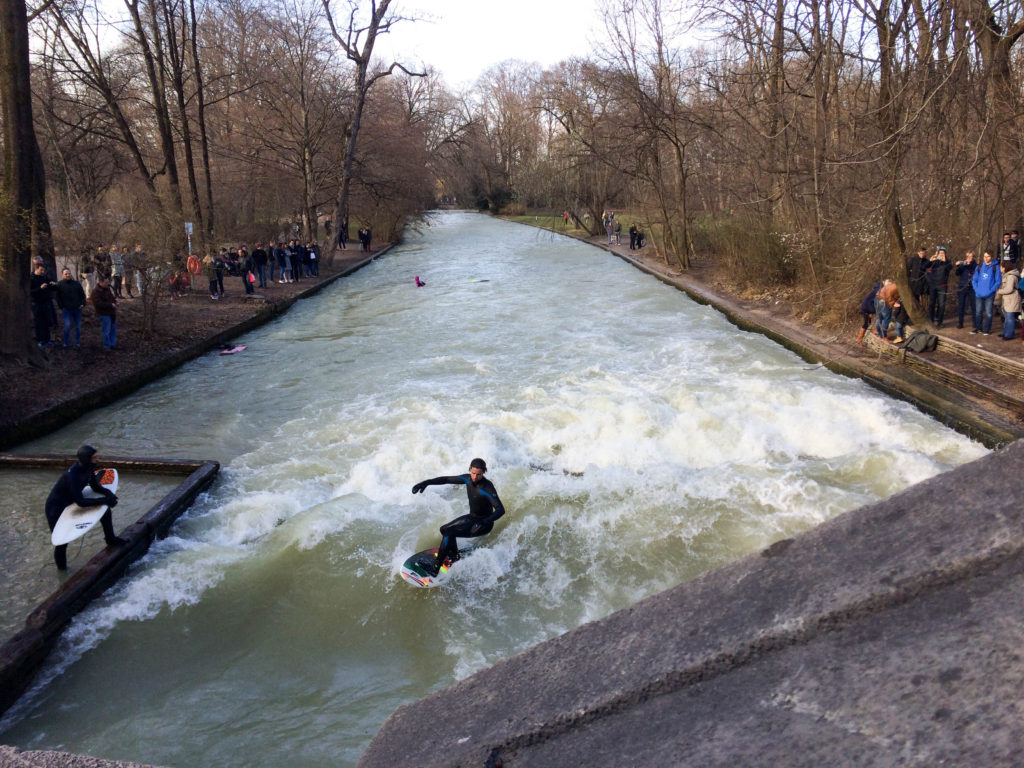 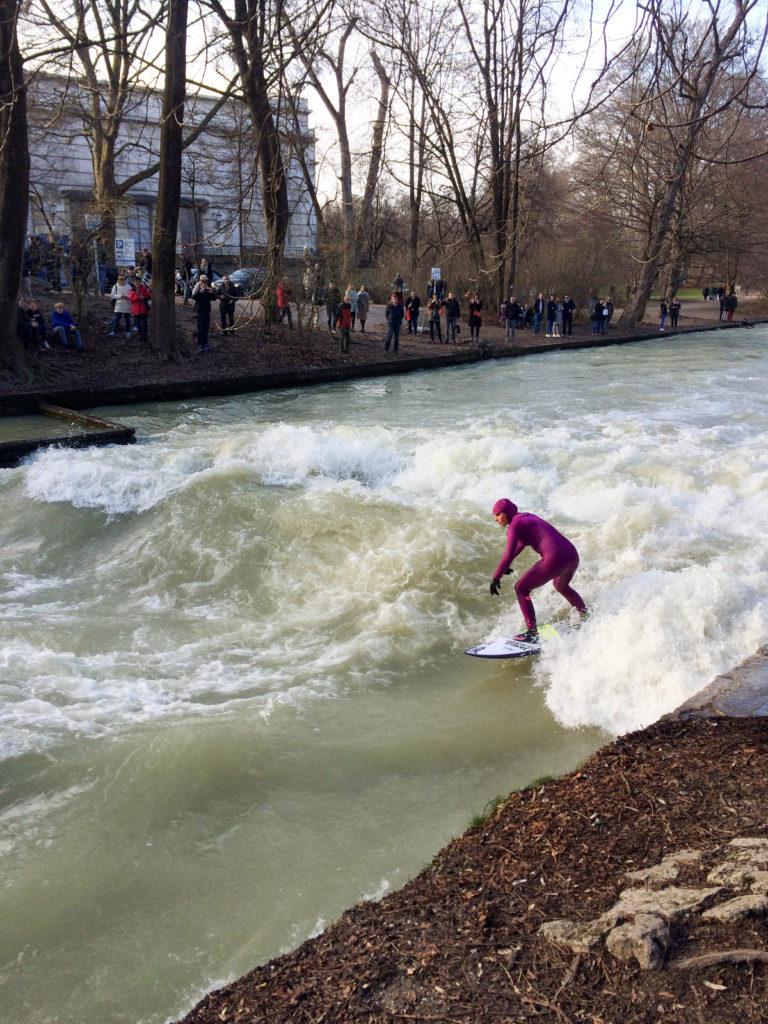 Did you know how good the German pretzels are? I absolutely adore them since this weekend! I have also tried some delicious German sausages and sauerkraut. And drank some beer of course, one has to do everything to get to better know the culture of a country. 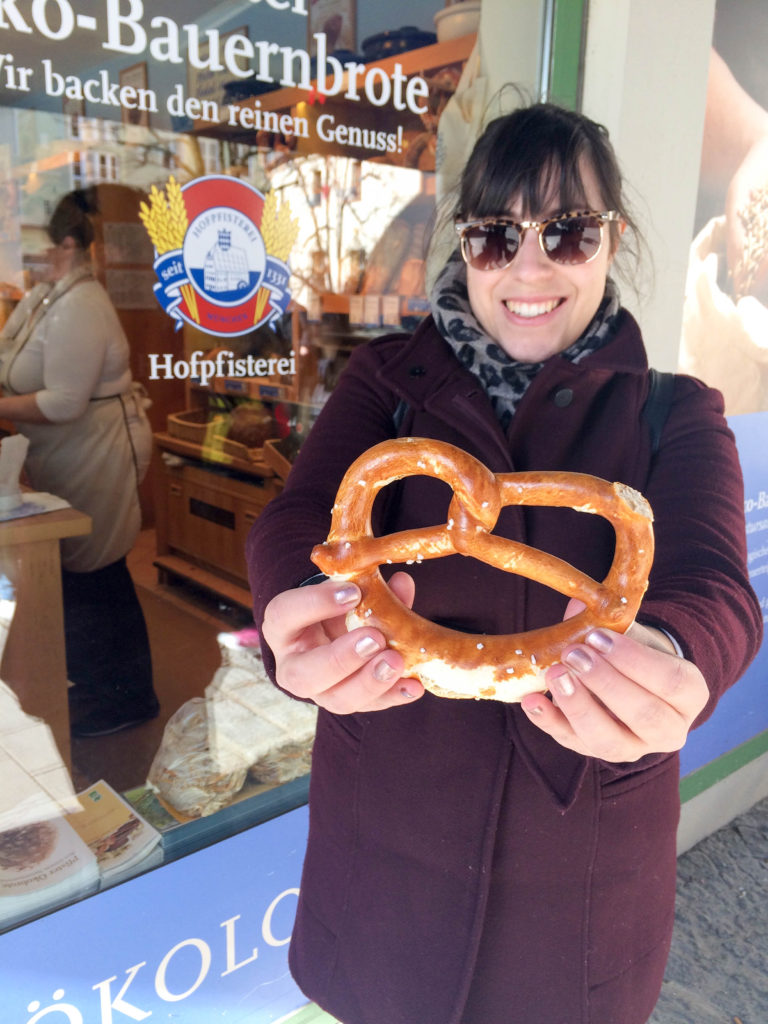 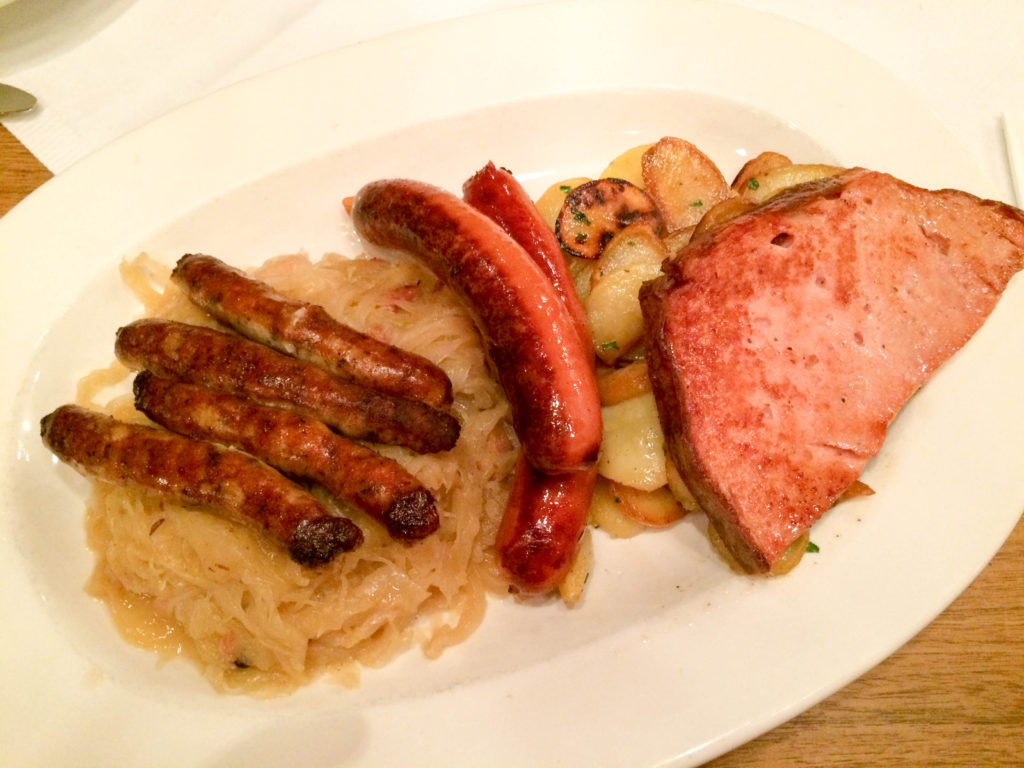 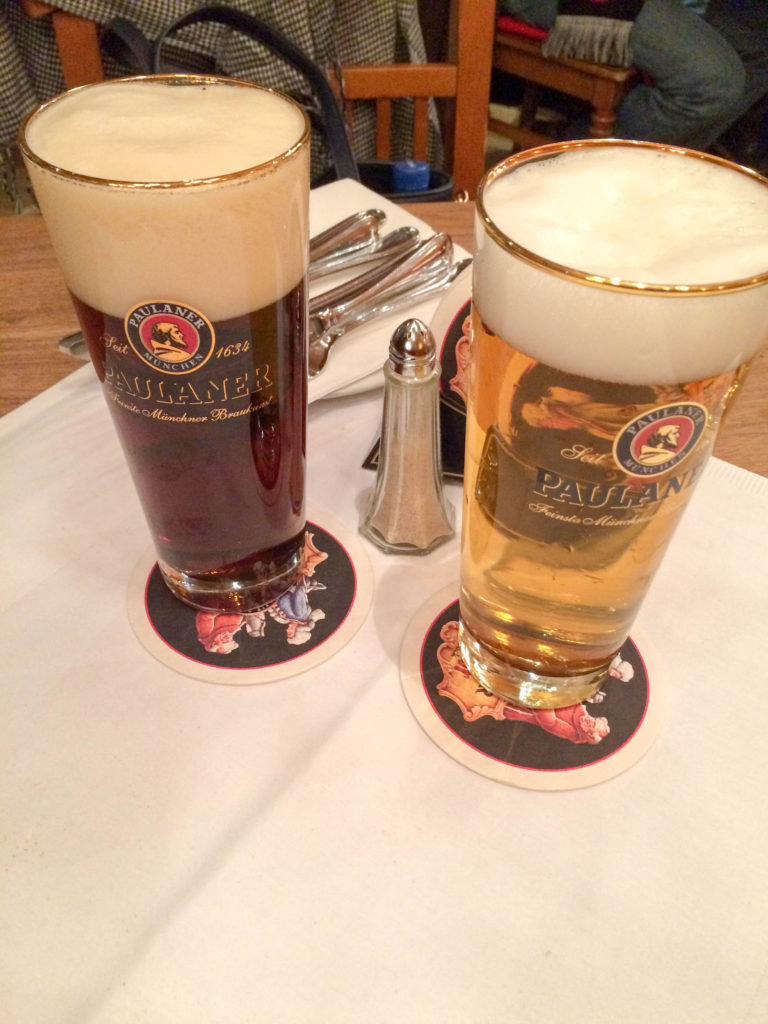 Choose your next car at BMW Welt

The World of BMW it’s an exhibition centre where you can see the best of new BMW cars and motorcycles. Even if you’re not a car lover, which I am not, it’s interesting to see the new BMW cars and this interesting building. Next to it there are the BMW headquarters and museum and also Munich’ s Olympiapark, so if you have time go and visit it. 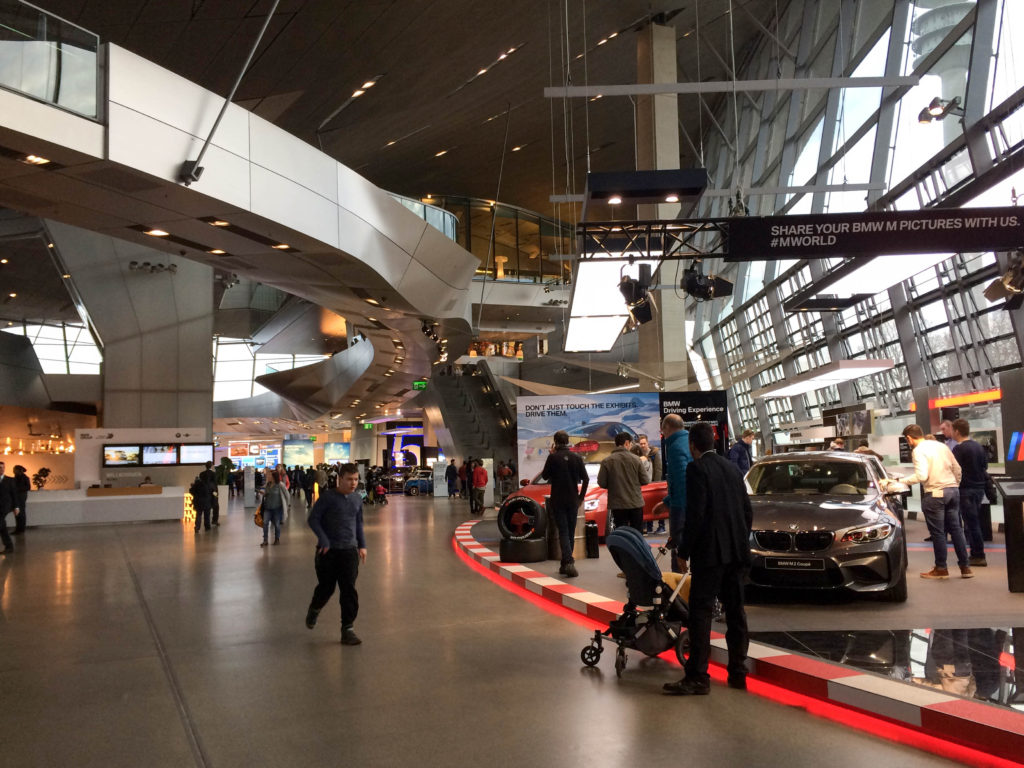 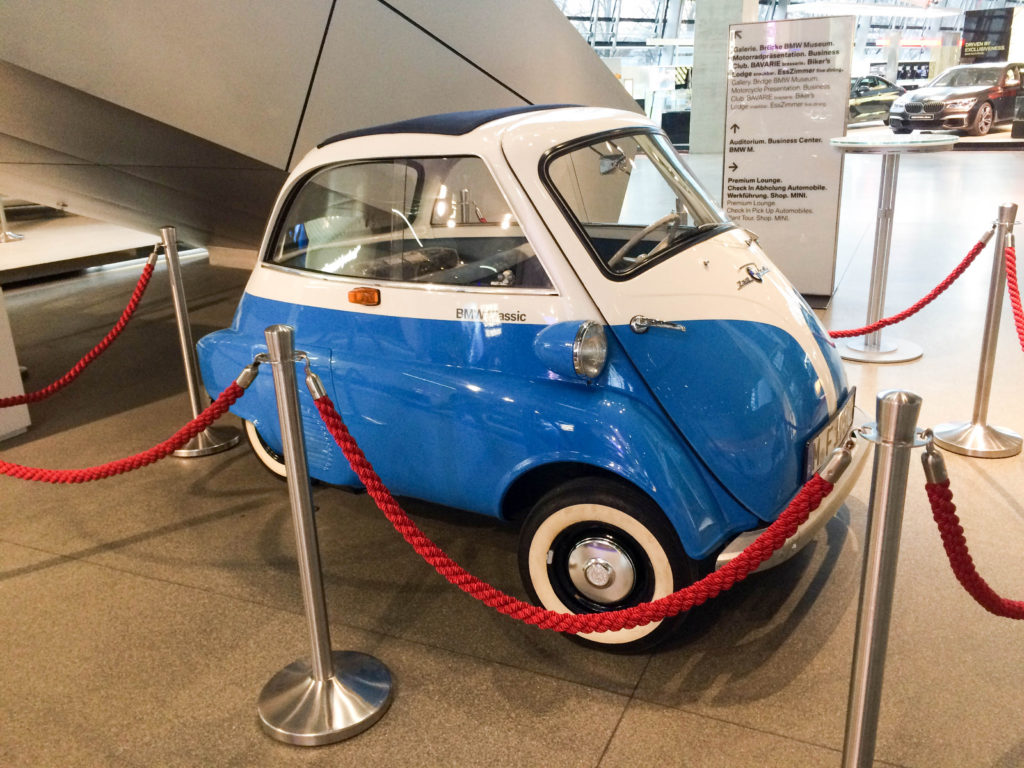 Take a walk in the park of Nymphenburg Palace

Not far from the city centre one can step into history at the Nymphenburg Palace. This baroque palace is one of the biggest in Europe and it was a summer residence of Bavarian kings. Beside big main palace there are many small pavilions and the estate also includes a 200 hectares of impressive park with lake. When visiting stop for a coffee at Palmenhouse. 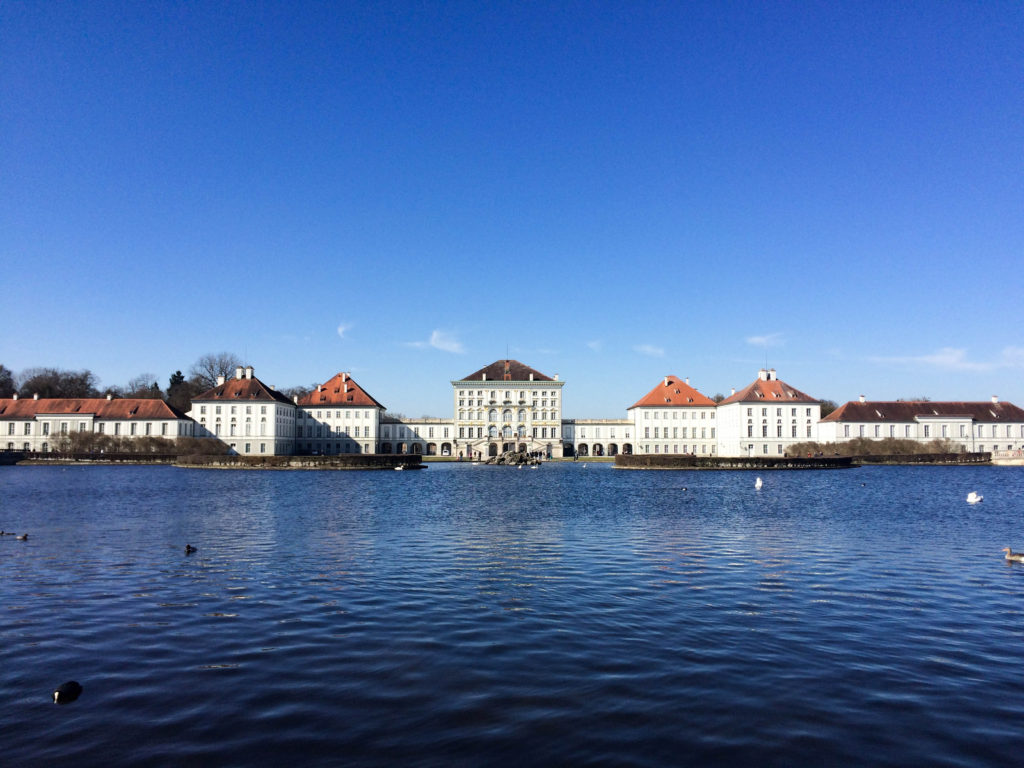 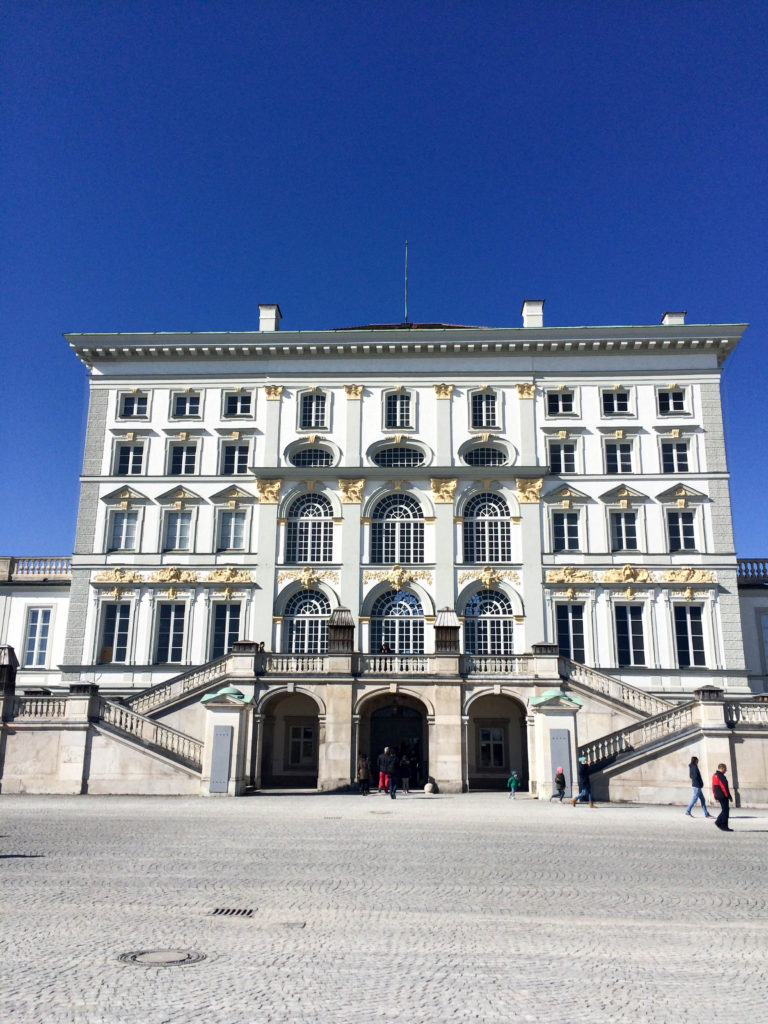 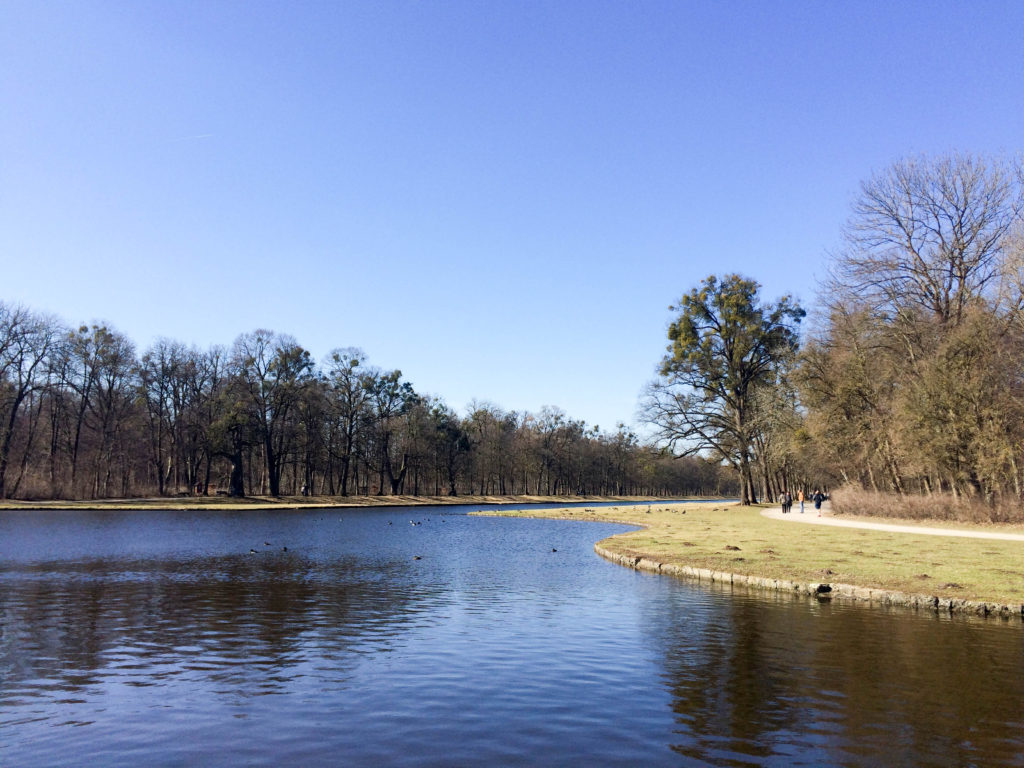